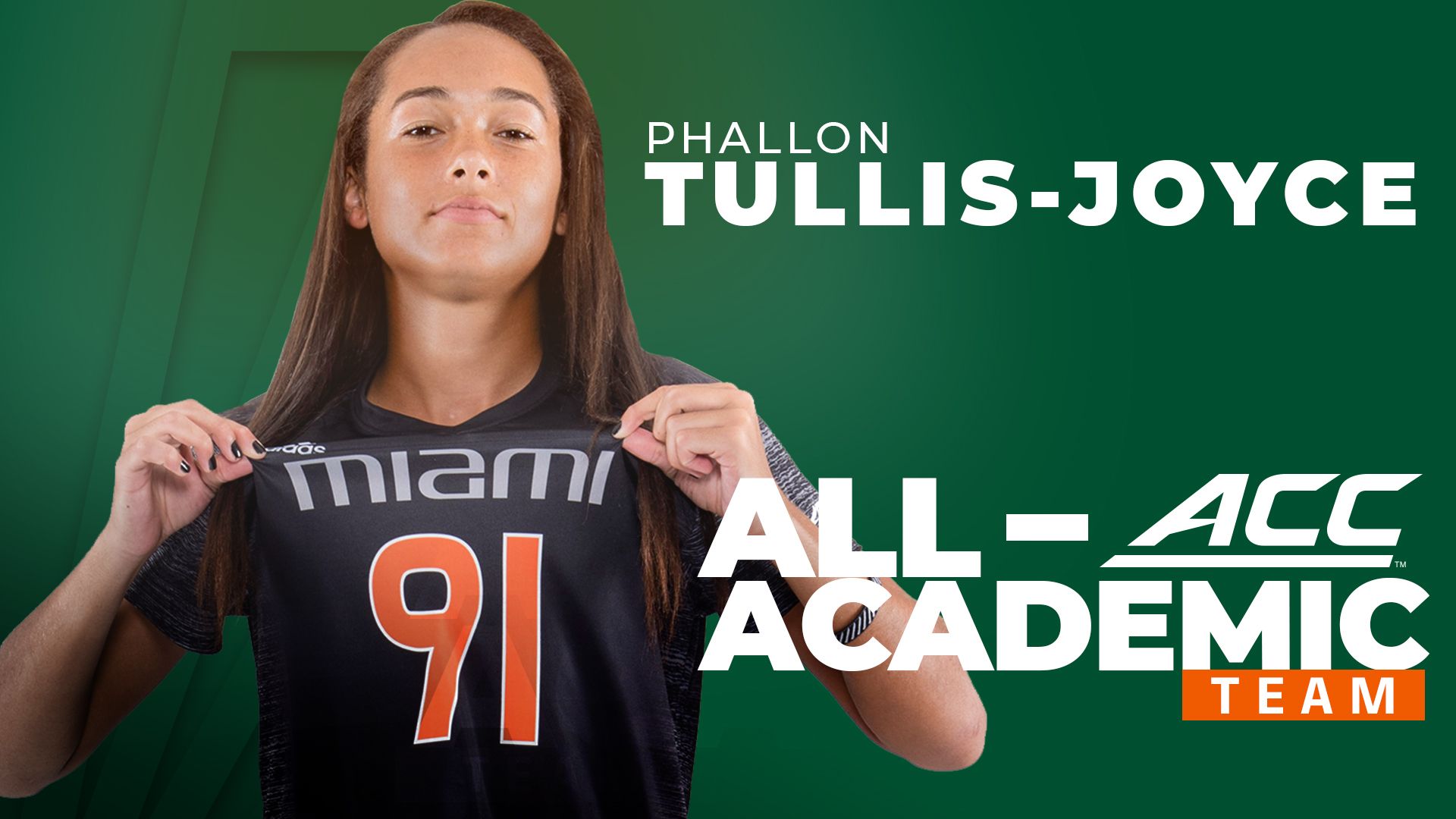 “Phallon is the epitome of a student-athlete,” Miami soccer head coach Sarah Barnes said. “Her dedication to her studies, community service and soccer are truly next level and we couldn’t be more proud of yet another accomplishment added to her resume.”

A native of Shoreham, N.Y., Tullis-Joyce graduated in the spring of 2018 with a Bachelor of Science in Marine Science and Biology, with a minor in Chemistry. A member of the Iron Arrow Honor Society, Omicron Delta Kappa (ODK) National Leader Society and the Mortar Board Honor Society, Tullis-Joyce also served as Miami’s Student-Athlete Advisory Committee president for two years. Following her illustrious career in green and orange, Tullis-Joyce is currently pursuing a Master of Professional Science in Tropical Marine Ecosystems and Management.

A stalwart in net, Tullis-Joyce finished her senior season earning Second Team All-ACC honors, after recording a career-high 85 saves, including an ACC-leading 4.72 saves per game. Even more dominant in conference action, the Shoreham, N.Y., native registered 56 saves in 10 matches, including a program record 17 saves at North Carolina on Oct. 21.

Overall, she closed out her illustrious career with 62 starts and ranks in the top-three all-time in numerous categories; third with 24 wins, tied for second with 14 shutouts, third with 259 saves and second with 5,584 minutes in net.

On Jan. 20, Tullis-Joyce officially signed a professional contract to continue her playing career overseas for Stade de Reims, which competes in the French Ligue 2.