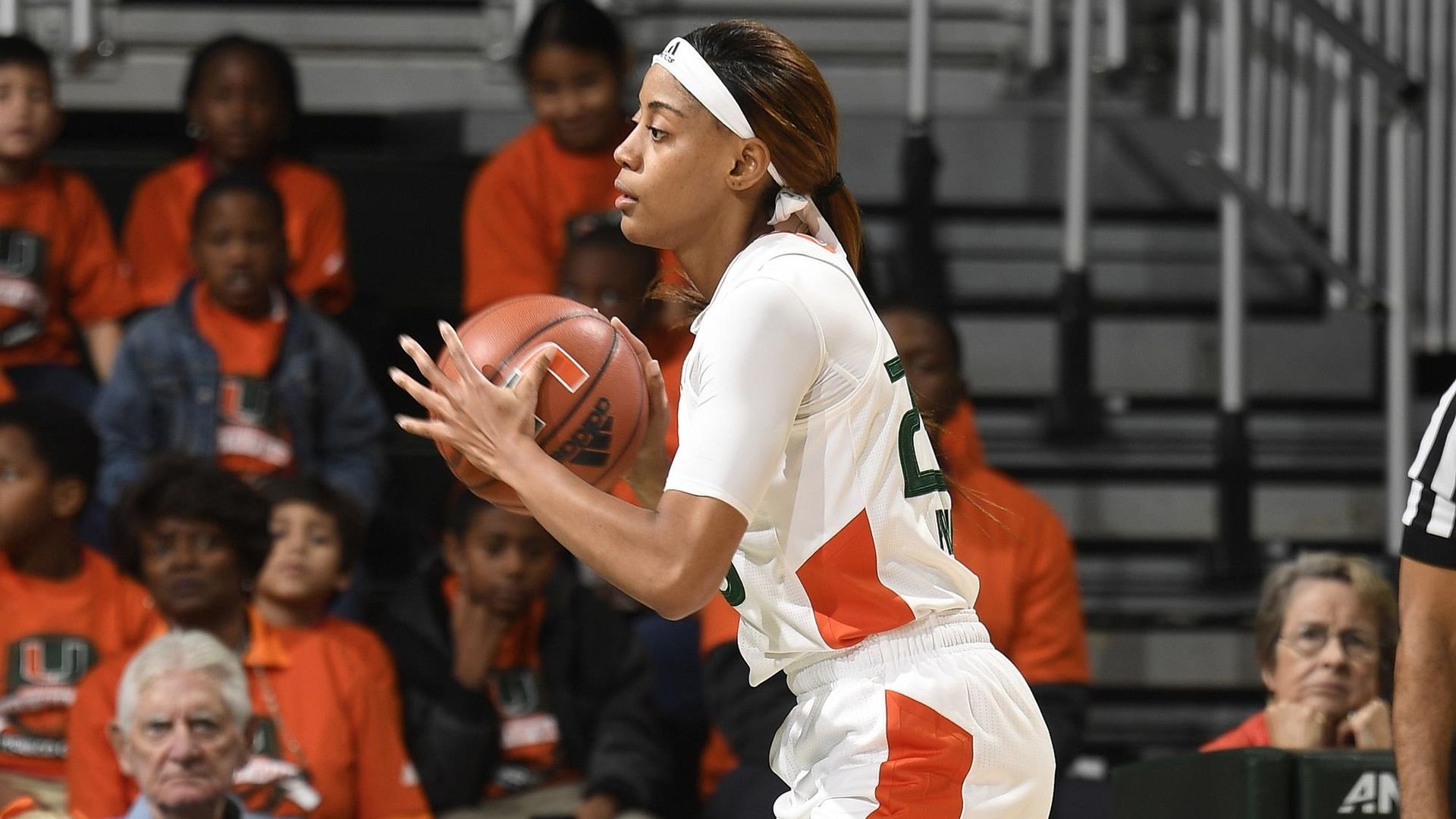 CORAL GABLES, Fla. – Off to its best start to ACC play since 2011-12, the University of Miami women’s basketball team continues league action on the road Thursday night.

The game will be broadcast on ACC Network Extra HERE, as well as carried live on WVUM 90.5 FM HERE. Live stats for the action can be found HERE.

Miami sports a 14-44 mark in its all-time series against Florida State, which dates back to the 1974-75 season. In the most recent meeting, the Seminoles logged a 73-69 win on March 2, 2018 in the ACC Tournament quarterfinals in Greensboro, N.C.

The Hurricanes are coming off their closest victory of the season, a 76-73 decision over Boston College Sunday afternoon at the Watsco Center. Miami shot 34-of-49 at the free-throw line in the game, one shy of a program record for makes and the highest figure in either category by an ACC team since the 2015-16 season.

Sophomore guard Mykea Gray led all scorers with 21 points and went 10-of-11 at the stripe, while redshirt junior guard Laura Cornelius tallied 16 points and finished 9-of-10 on free throws. Redshirt junior forward Beatrice Mompremier posted her 16th double-double of the year with 16 points and 12 rebounds, while senior forward/center Emese Hof notched 14 points in the win.

Florida State owns a 17-3 (5-2 ACC) record on the season and is led by redshirt junior forward Kiah Gillespie’s 17.1 points and 9.1 rebounds per game. Picked No. 8/7 in this year’s ACC preseason poll, Florida State is coming off a 26-7 (12-4 ACC) campaign in 2017-18 that included an appearance in the second round of the NCAA Tournament.

After its in-state showdown with the Seminoles, Miami returns home to face Virginia Sunday at 1 p.m. at the Watsco Center.