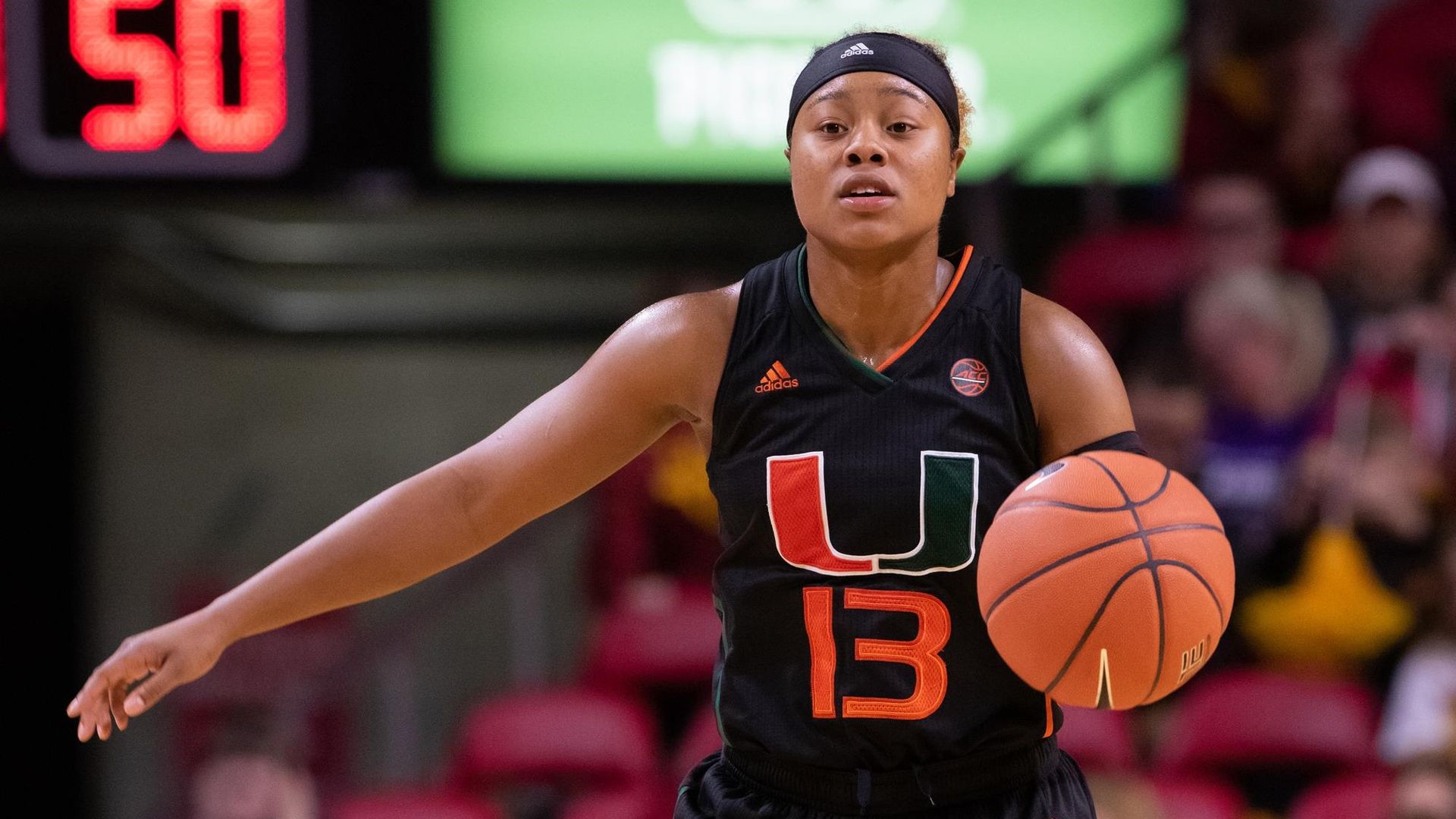 WBB Stays No. 23 in Coaches Poll

Last week, the Hurricanes notched an 84-71 victory Wednesday at then-No. 13/14 Syracuse and then defeated Boston College, 76-73, Sunday afternoon at the Watsco Center.

Despite not moving up in the poll, Miami did greater than double its point total in the Coaches Poll. After tallying 52 points last week, the Hurricanes this time notched 130. The full poll is available HERE.

Meanwhile, in the Associated Press Poll, Miami is atop the receiving votes section after being ninth on that list the prior week. The Hurricanes added 28 points in the voting for a total of 34 this week and peaked at No. 20 in the balloting. The entire list can be found HERE.

There are once again six ACC teams in the top 25 of at least one poll, led by third-ranked Louisville, fifth-ranked Notre Dame and seventh-ranked NC State. In addition, Syracuse is No. 18 in the AP Poll and No. 16 in the Coaches Poll, while Florida State comes in at No. 24 and No. 21, respectively. Clemson is receiving votes in the AP Poll, too.

The Hurricanes will be back in action Thursday at 7 p.m. when they square off with No. 24/21 Florida State for a top-25 matchup in Tallahassee, Fla.