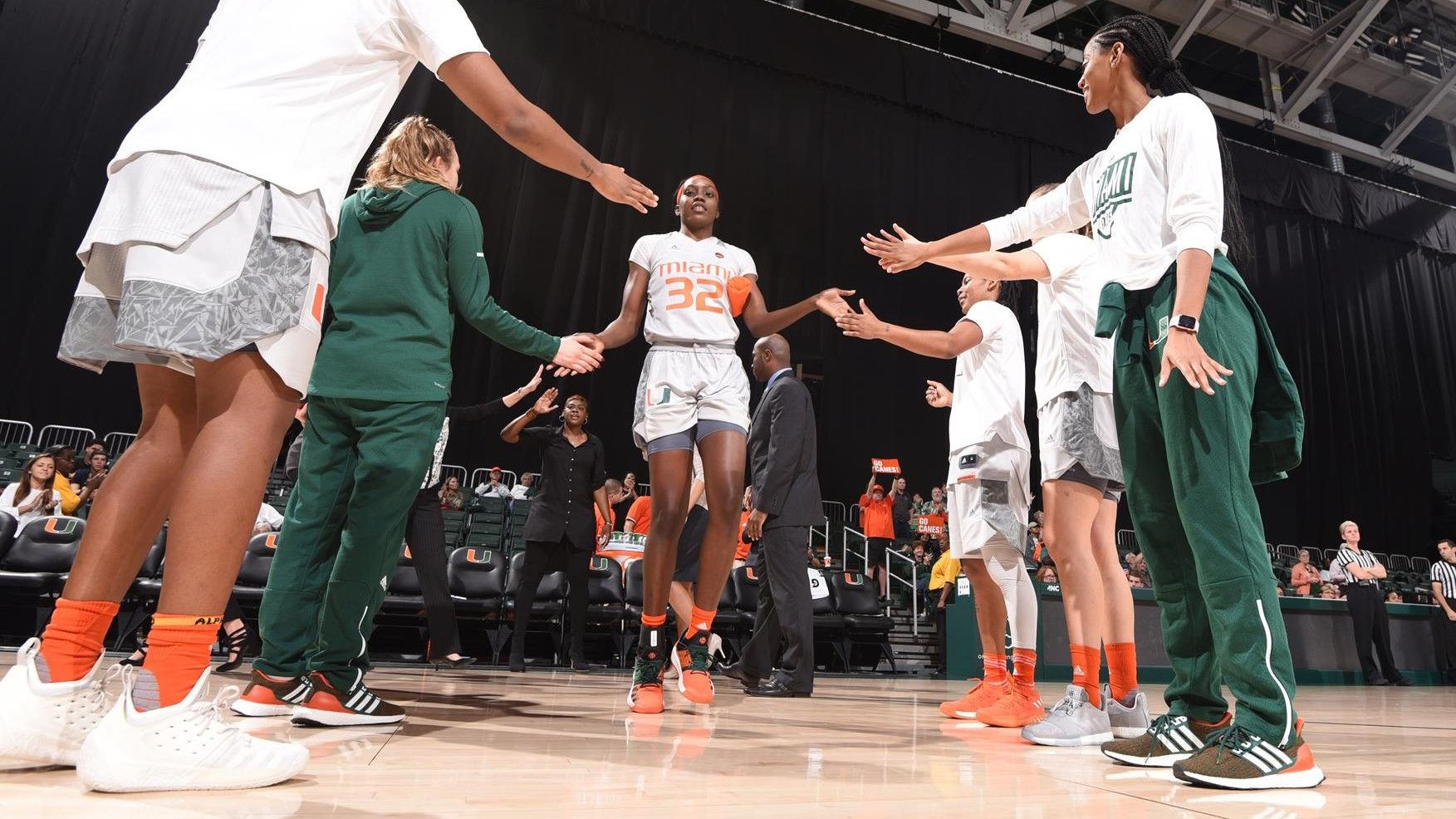 The game is set to be broadcast on ACC Network Extra HERE, as well as carried live on WVUM 90.5 FM HERE. Live stats for the game will be available HERE.

Sophomore guard Mykea Gray posted 17 points and a career-high-tying six assists, while senior forward/center Emese Hof tallied 11 points and redshirt junior guard Laura Cornelius added nine points and a career-best 10 rebounds. The Hurricanes led by as many as 22 points and were ahead by at least a dozen for over 30 consecutive minutes.

Syracuse enters Wednesday night’s matchup at 15-3 (4-1 ACC) on the season, including a perfect 6-0 at home. Junior guard Tiana Mangakahia leads the team with 16.3 points and 7.9 assists per game, the latter mark placing her atop the ACC leaderboard and third nationally.

After taking on the Orange, Miami returns home to the Watsco Center, where it welcomes Boston College Sunday at 1 p.m.