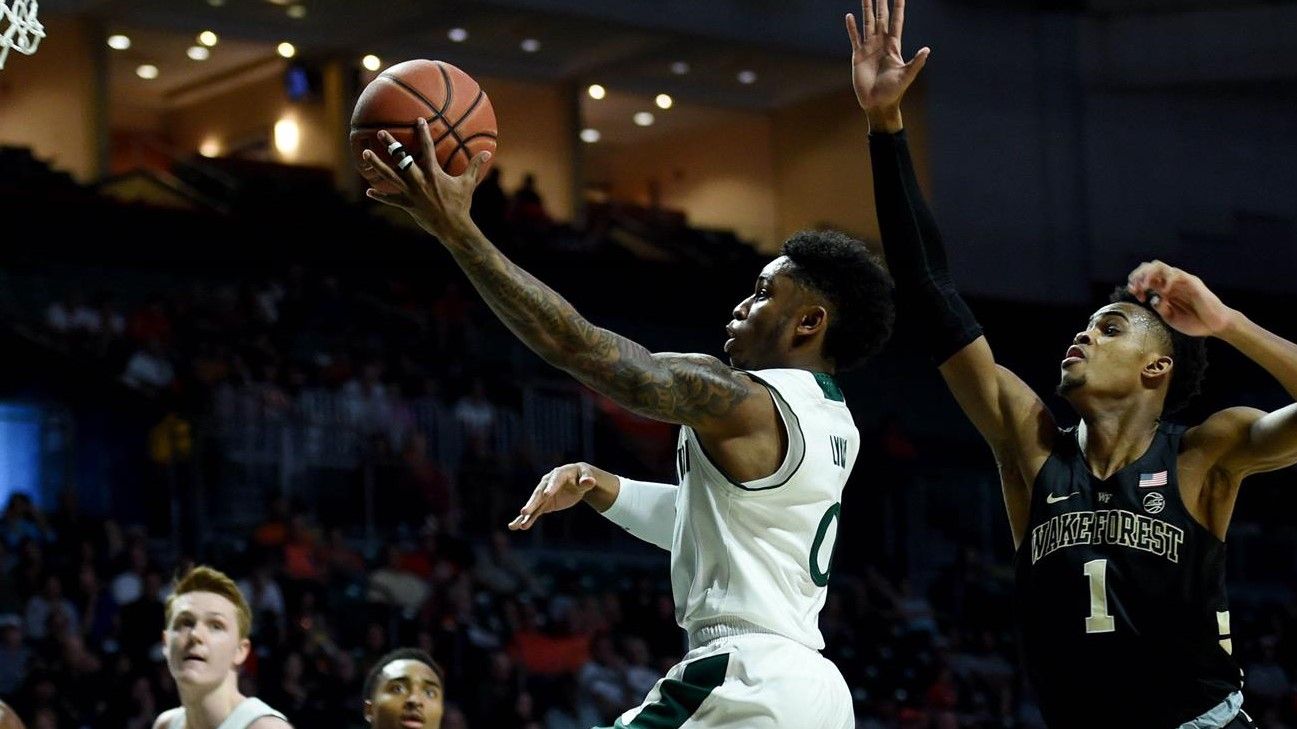 CORAL GABLES, Fla. – The University of Miami men’s basketball team plays host to No. 13 North Carolina at noon Saturday at the Watsco Center.

A limited number of tickets remain available and can be purchased online HERE or at the Watsco Center ticket office.

Things To Know
• Miami is the only team among basketball’s six power conferences with five players averaging at least 11.8 ppg apiece.
• UM has led in the second half in 15 of its 16 games.
• UM averages 8.8 3-pointers per game (third in ACC).
• Chris Lykes is seventh in the ACC in scoring (17.9) and averaging 22.0 ppg in conference play.
• Zach Johnson is one of 10 players nationally with 1,500 career points and 350 assists.
• DJ Vasiljevic has hit at least one 3-pointer in 29 straight games – the longest current streak in the ACC.
• Ebuka Izundu is third in the ACC in rebounding (9.5), and fourth in double-doubles (6).
• As a team Miami ranks 11th nationally in fewest fouls per game (14.7).
• Miami, UNC, Virginia and Duke are the lone teams to win 10 or more ACC games each of the last four seasons.
• Junior forward Dewan Hernandez has been withheld from competition thus far as the University and NCAA review his eligibility.

The Hurricanes (9-7, 1-3 ACC) play three of their next four ACC games at home. Miami has not played since earning its first conference win last Saturday, a 76-65 decision over Wake Forest. Lykes led Miami with 25 points and hit all 14 of his free-throw attempts, the second-best performance from the line in program history (Jack McClinton went 16-for-16 against NC State on March 7, 2009).

North Carolina owns a 22-8 edge in the all-time series with Miami, although the programs have split the 12 contests since Jim Larrañaga took over as head coach. The teams split two games last season, with UM prevailing, 91-88, on Feb. 27 in Chapel Hill on JaQuan Newton’s running, 40-foot buzzer beater and UNC countering with an 82-65 win in the ACC Tournament quarterfinals.

Miami hits the road on Thursday, traveling to Syracuse for an 8 p.m. game at the Carrier Dome.