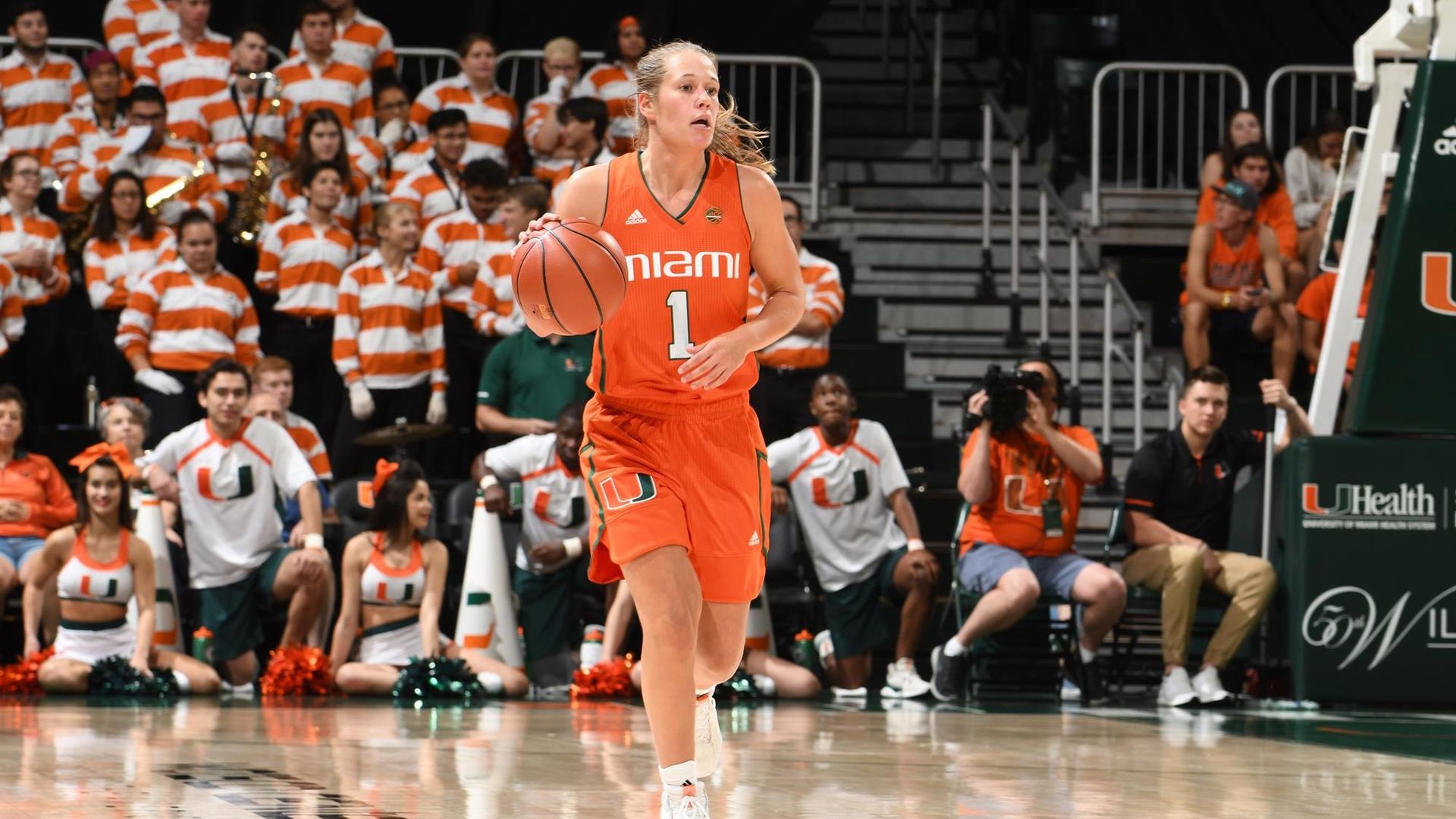 The contest is set to be broadcast on ACC Network Extra HERE, as well as carried live on WVUM 90.5 FM HERE. Live stats for the game can be found HERE.

Miami is 3-14 in its all-time series against Duke, with all three triumphs coming within the past seven meetings. In the most recent matchup, the Hurricanes earned a 51-48 home victory over the Blue Devils on Dec. 31, 2017.

In its most recent game, in which redshirt junior forward Beatrice Mompremier did not play due to a family matter Miami dropped a 76-67 decision Jan. 10 against Clemson. Sophomore guard Mykea Gray led all scorers with 24 points, redshirt junior guard Laura Cornelius added 15 and senior forward/center Emese Hof logged a double-double with 11 points and 11 rebounds.

Miami head coach Katie Meier played at Duke and her picture hangs on the concourse at Cameron Indoor Stadium. A 2002 inductee to the Duke Hall of Honor, Meier was the 1986 ACC Rookie of the Year and earned First Team All-ACC distinction in 1990.

Miami returns home after facing the Blue Devils, as it hosts North Carolina Sunday at 2:30 p.m. at the Watsco Center, live on RSN.