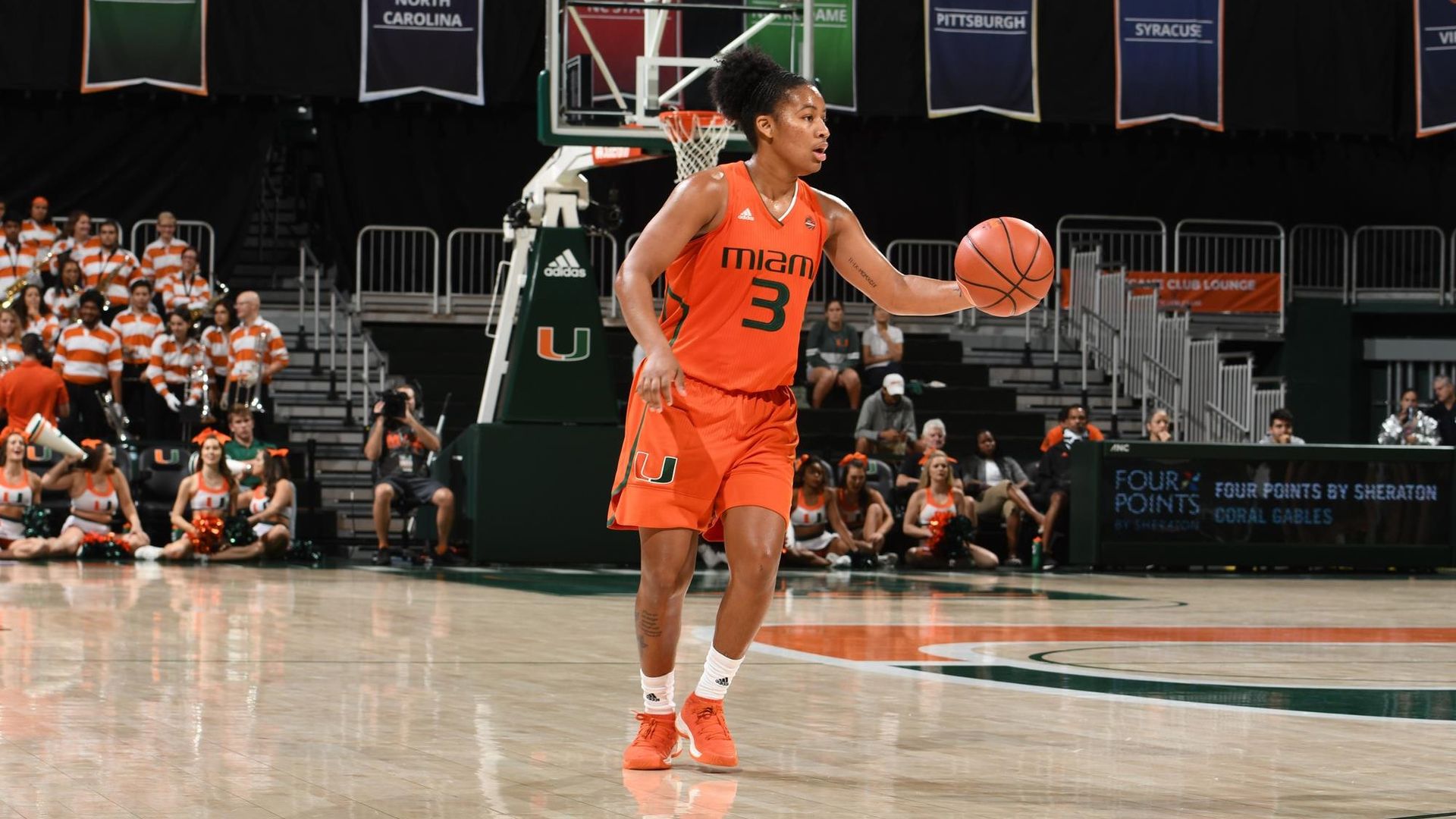 CORAL GABLES, Fla. – The University of Miami women’s basketball team will wrap up the Miami Holiday Classic Sunday evening with its last game of the calendar year.

The contest will be broadcast on ACC Network Extra HERE, as well as carried live on WVUM 90.5 FM HERE. Live stats for the action can be found HERE.

As is the case at all home games, team posters and schedule cards will be available at the marketing table by the main entrance. The first 200 fans in attendance will receive a free Miami shirt.

Central Michigan is the last of three teams Miami faces in the 2018-19 regular season that it has not previously played. The Hurricanes split the first two such meetings, notching a victory over No. 19 Marquette and dropping a decision at Iowa State.

The Hurricanes are coming off a 103-54 triumph over Florida A&M Friday night in their Miami Holiday Classic opener, reaching the 100-point mark in back-to-back games for the first time in program history. Senior forward/center Emese Hof led all players in points (22) and rebounds (10), tallying her fifth double-double and fifth 20-point game of the season.

Central Michigan heads into Sunday’s matchup at 8-3 on the season after a 68-57 loss to Tulane Saturday in its Miami Holiday Classic opener. The Chippewas are led in scoring by senior guard Presley Hudson, the reigning MAC Player of the Year runner-up, at 20.9 points per game, while senior forward Reyna Frost is averaging a double-double with 16.2 points and 11.3 rebounds per contest.

The Chippewas were picked to repeat as the MAC champions in the preseason poll after posting a 30-5 (17-1 MAC) record last season. Central Michigan is the first of five teams Miami faces in the regular season that reached the NCAA Sweet 16 in 2017-18.

After its non-conference finale against the Chippewas, Miami will begin conference play Jan. 3, when it hosts Virginia Tech at 2 p.m. at the Watsco Center.