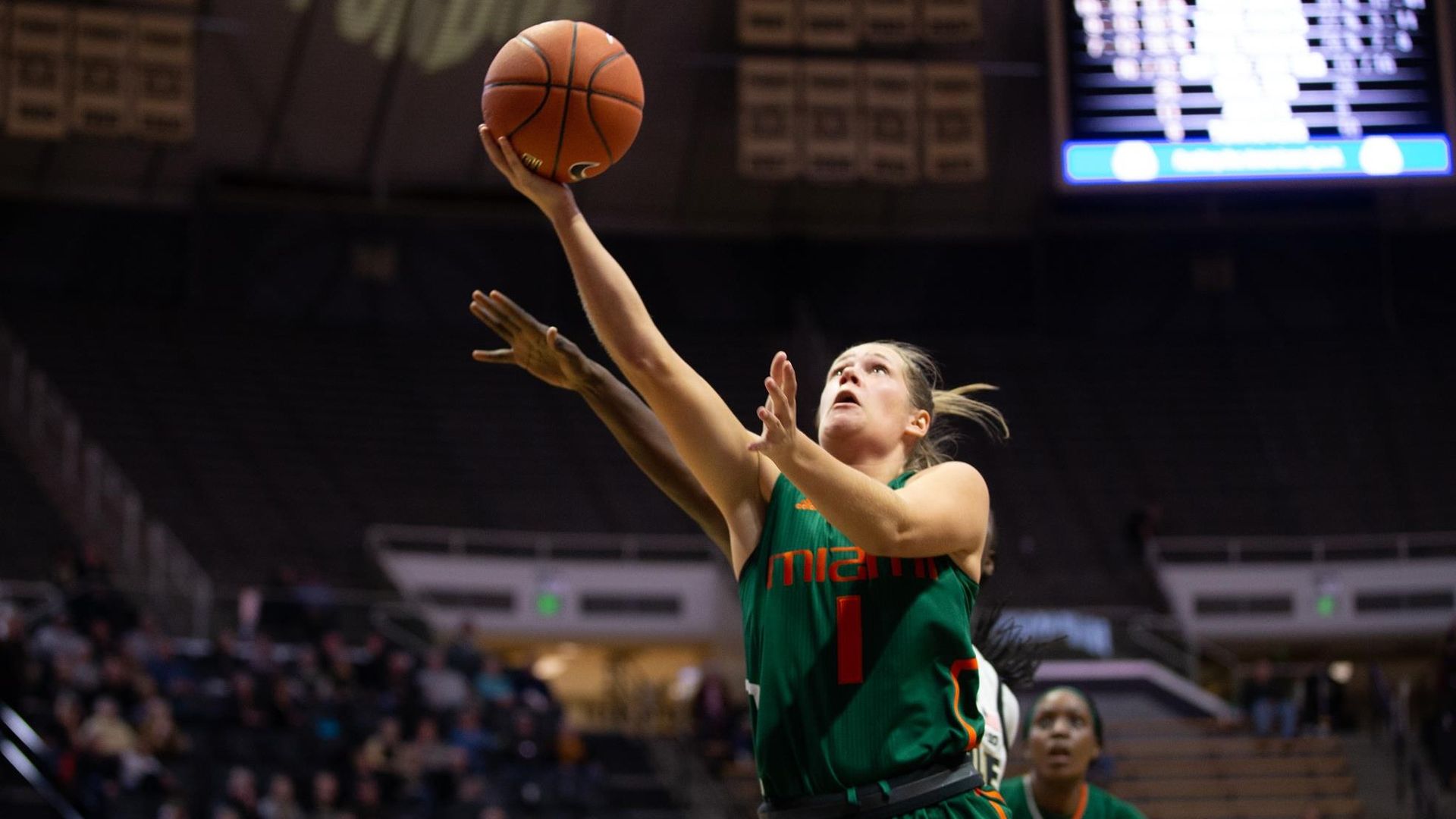 CORAL GABLES, Fla. – The University of Miami women’s basketball team is ranked in the top 25 of both major national polls this week, as has been the case all season.

Miami (9-2) retained its No. 24 spot in the Associated Press Poll, released Monday, and came in at No. 23 in the USA TODAY Coaches Poll, announced Tuesday.

In its lone game last week, Miami notched an 18-point victory, 71-53, against Maryland Eastern Shore Sunday at the Watsco Center.

The Hurricanes picked up an additional 13 points in the new AP Poll, accumulating 95. Five voters put Miami in the top 20, with one slotting the team as high as No. 15. The complete poll is available HERE.

Miami received 88 points in the Coaches Poll balloting, just four fewer than its total last week, but enough to drop the team one spot on the list. The full poll can be found HERE.

The ACC once again features five teams in the top 25 of both polls: second-ranked Notre Dame, third-ranked Louisville, No. 10 NC State, No. 15/14 Syracuse and the Hurricanes. In addition, Florida State and Virginia Tech are both among the first five in the “receiving votes” category from each panel.

The Hurricanes return to action Thursday in Winter Park, Fla., where they face Vanderbilt at 8:30 p.m. in their Florida Sunshine Classic opener.