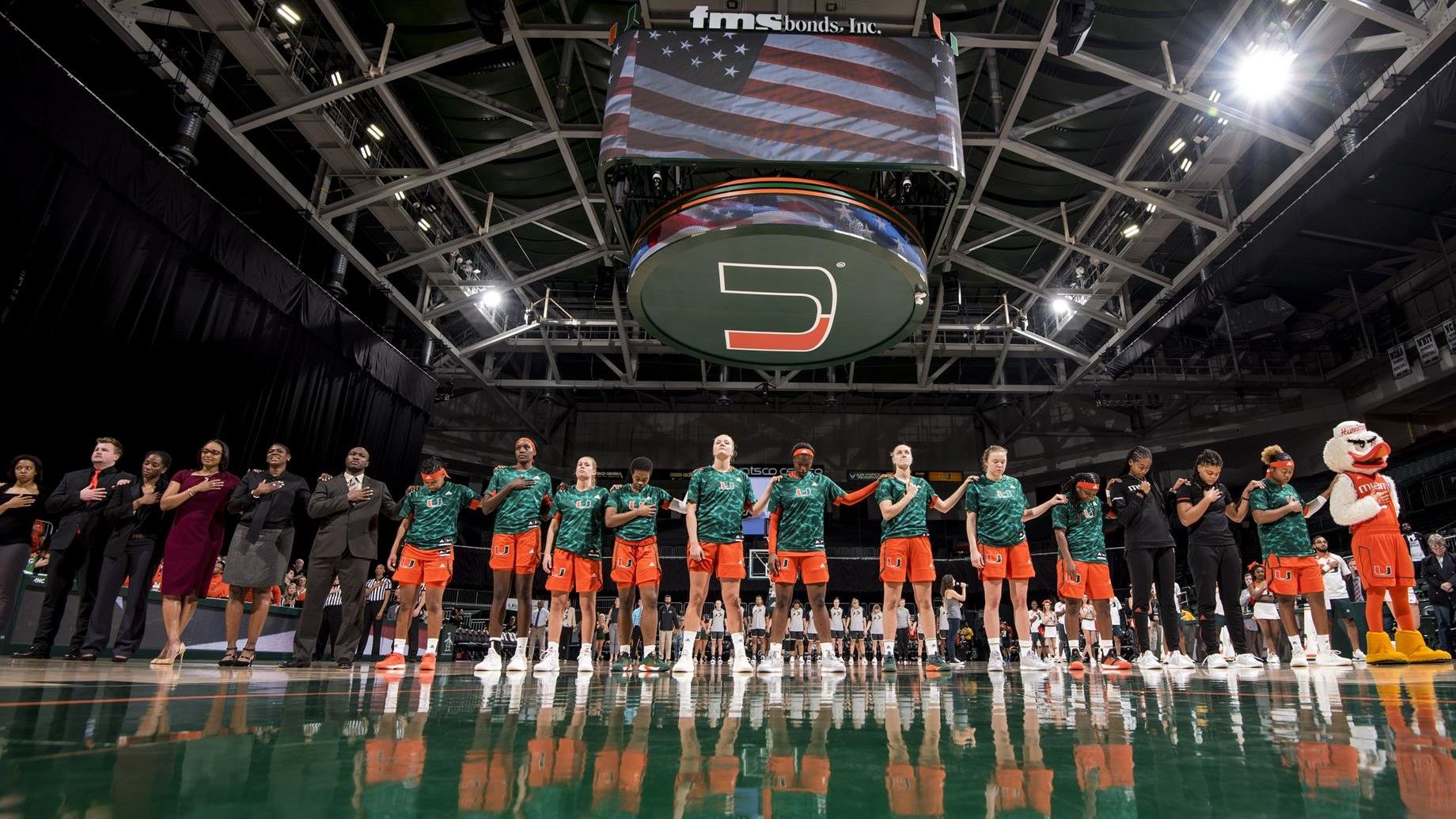 The game is set to be televised on ACC Network Extra HERE, as well as carried live on WVUM 90.5 FM HERE. Live stats for the contest can be found HERE.

As is the case at all home games, team posters and schedule cards will be available at the marketing table by the main entrance. Additionally, it is Girl Scout Cookie Palooza day and there will be pregame hands-on workshops for all those who register. The Miami coaches will be wearing holiday sweaters for the game and fans are invited to do so, as well.

The Hurricanes are coming off a 78-38 triumph over New Orleans Sunday at the Watsco Center. Redshirt junior forward Beatrice Mompremier led a quartet of double-digit scorers with 16 points. She added 10 rebounds to notch a double-double, while senior forward/center Emese Hof recorded one of her own with 10 points and 10 boards.

Maryland Eastern Shore is 2-7 thus far and has played an ACC school in each of its past two games, dropping a 96-51 decision at No. 15/14 Syracuse Dec. 5 and a 78-67 result at Wake Forest three days later. The Hawks are led in scoring by senior guard Ciani Byrom, who averages 14.4 points per game. They were picked fifth in the MEAC preseason poll after finishing 11-19 (7-9 MEAC) last year.