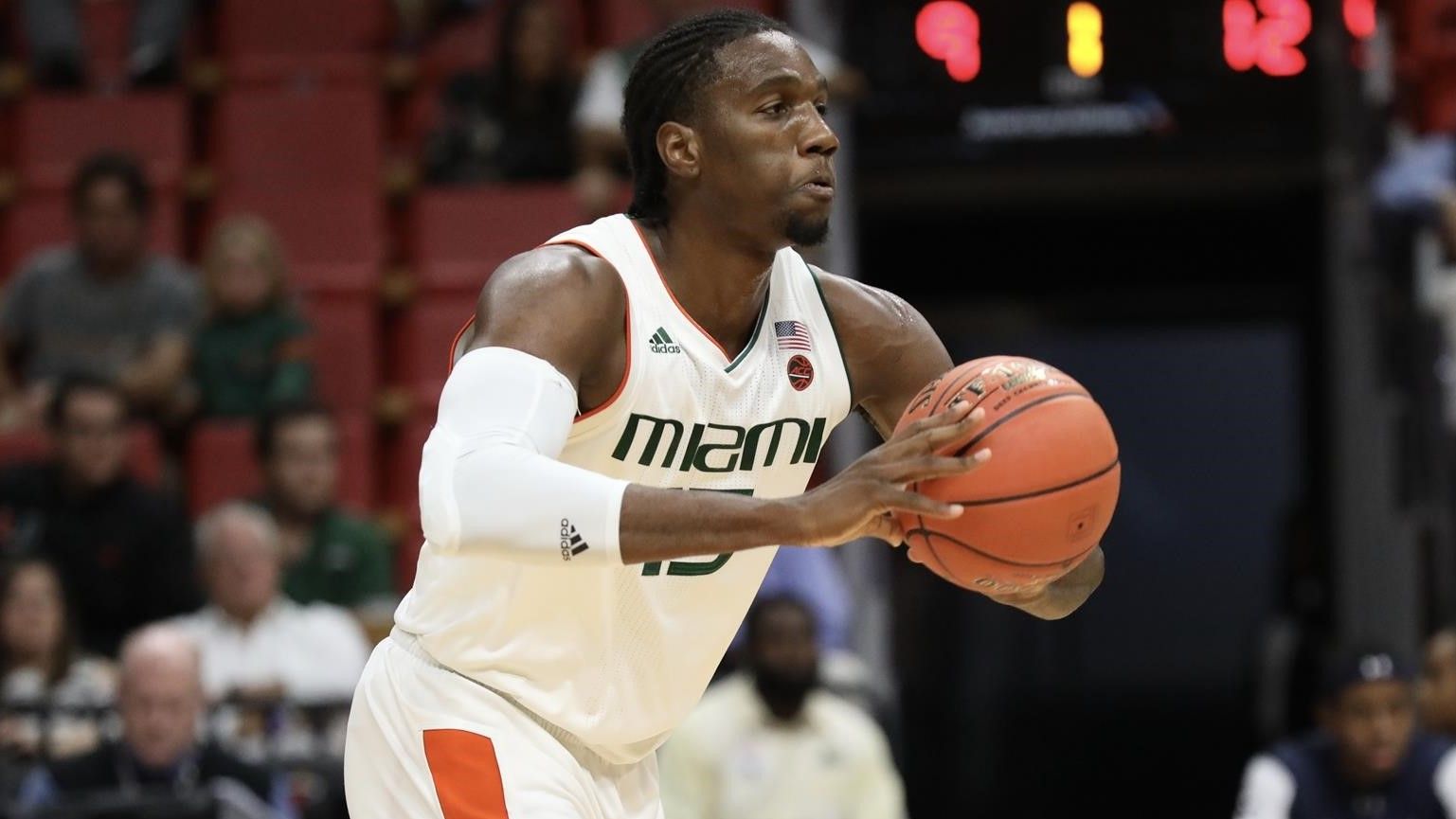 Senior center Ebuka Izundu led Miami with 19 points and nine rebounds, while junior guard Dejan Vasiljevic capped the night with 17 points and six boards. Miye Oni led Yale (3-2) with 29 points and grabbed a co-team-high six rebounds. As a team, the Hurricanes shot 26-of-63, while the Bulldogs closed out the night hitting on 30-of-58 (51.7 percent) attempts.

Miami came out firing on all cylinders in the opening frame, shooting an efficient 53.3 percent (16-of-30) from the field, while knocking down a quintet of 3-pointers and hitting 12-of-14 (85.7 percent) from the charity stripe. Vasiljevic enjoyed a strong half notching 14 points and five rebounds, going a perfect 3-of-3 from the line and knocking down three shots from long-range.  In 10 minutes of action Izundu tallied 10 points, knocking down all four of his attempts from the field.

Miami closed out the half with a trey from sophomore guard Chris Lykes (12 points), who gave Miami a 49-39 lead. Yale shot 57.1 percent (16-of-28) from the field in the first half, however the Hurricanes limited the Bulldogs to just one 3-pointer on seven attempts in the period.

Miami exited the locker room looking to keep momentum swinging in its favor, opening the second half strong on an 8-2 run to jump in front 56-41 with 17:37 remaining. However, the Bulldogs quickly clawed their way back with a 14-1 run to pull within two with 13:40 to play.

Miami countered Yale’s run with an 11-4 run of its own to extend the lead to nine, 68-59, before the Bulldogs closed the game strong defensively, limiting the Hurricanes to only two made field goals on their final 17 attempts. Miami went scoreless for the final 3:20 of the game. The Hurricanes were held to a season-tying-low 24 points in the period, shooting 10-of-33 (30.3 percent) from the field and 1-of-12 (8.3 percent) from beyond the arc.

The Hurricanes will return to the court Tuesday night when the Canes hit the road against Penn at 7 p.m. The game will be broadcast live on ESPN+.

Game Notes
• Miami leads the series with Yale, 4-3, and is 21-10 all-time against Ivy League programs.
• Miami has lost three straight non-conference games for the first time since the 2006-07 season.
• After attempting a season-low seven free throws Wednesday, Miami took 14 free throws in the first half Saturday and finished 15-for-18 at the charity stripe.
• Miami held Yale to 4-of-18 (22.2%) from 3-point range and has limited its opponents to 27.9 percent shooting from long range this year. Yale was shooting 45.7 percent from 3-point range entering the game.
• Miami dropped to 110-17 when scoring 70 or more points in eight seasons under Jim Larrañaga.
• Deng Gak made his first career start.
• Gak recorded career highs in points (five) and minutes (19).
• Zach Johnson scored 11 points and now has 1,450 career points (1,344 at Florida Gulf Coast, 106 at Miami).
• Johnson matched a season high with five assists.
• Junior forward Dewan Hernandez was withheld from competition for the eighth straight game as the University and the NCAA review his eligibility.