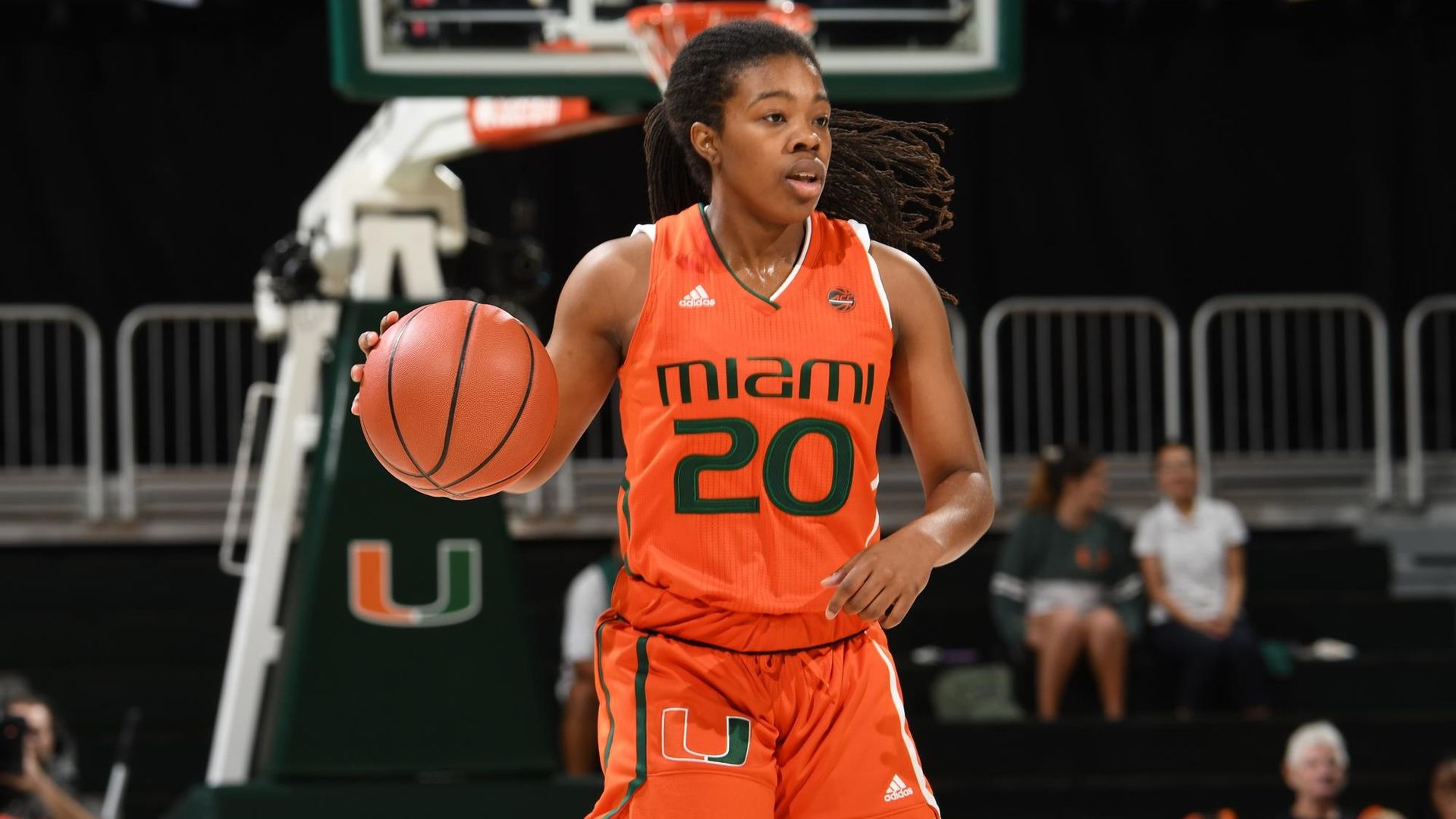 The matchup will be broadcast on ACC Network Extra HERE, as well as carried live on WVUM 90.5 FM HERE. Live stats for the contest can be found HERE.

As is the case at all home games, team posters and schedule cards will be available at the marketing table by the main entrance. The first 200 fans in attendance will receive a Miami shirt.

The Hurricanes opened the Miami Thanksgiving Classic with an 82-68 victory over Nebraska Friday afternoon, moving to 23-2 under Meier in the annual—other than 2011—event. Redshirt junior guard Laura Cornelius led the way with game highs in points (23), assists (seven) and steals (career-high six) to go along with seven boards, setting a career high in steals and finishing one shy in the other three areas.

Additionally, redshirt junior forward Beatrice Mompremier logged her fourth double-double of the season with 20 points and a game-best 13 rebounds. Sophomore guard Kelsey Marshall totaled 18 points on a career-high seven made field goals. It marked the first time since March 2, 2012 the Hurricanes had three 18-point scorers.

Temple is 2-3 on the year and dropped a 56-50 decision to Radford in its Miami Thanksgiving Classic opener Friday afternoon. The Owls are led in scoring by sophomore forward Mia Davis, an AAC Preseason Second Team All-Conference honoree, at 19.2 points per game. After finishing 12-19 (3-13 AAC) last year, Temple was picked sixth in the AAC preseason poll.

The Hurricanes return to the court Nov. 29 at 7 p.m., when they play at Purdue in West Lafayette, Ind., as a part of the ACC/Big Ten Challenge.