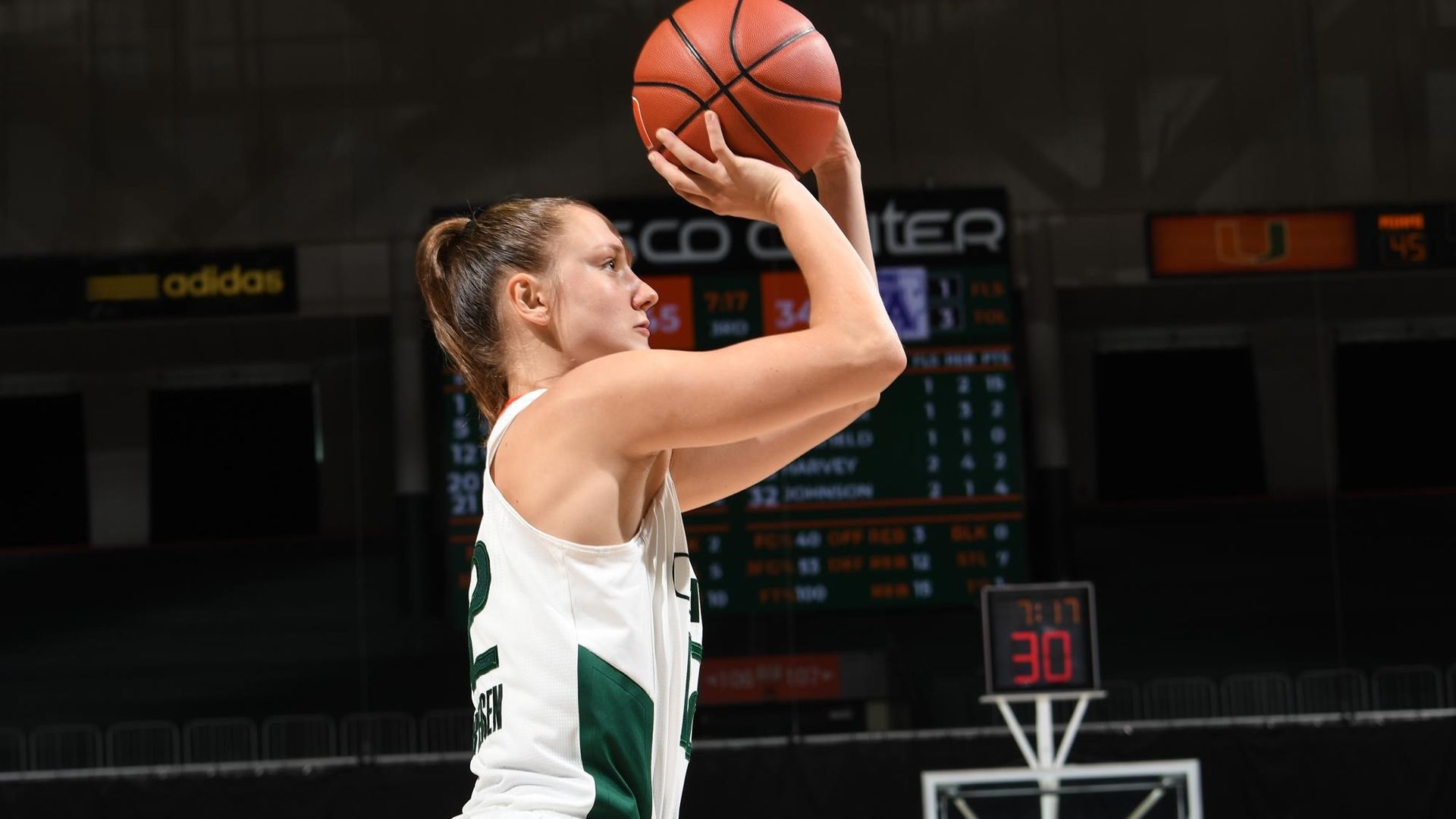 WBB Hosts Nebraska on Day One of Miami Thanksgiving Classic

CORAL GABLES, Fla. – The University of Miami women’s basketball team is set to host its annual Miami Thanksgiving Classic this weekend at the Watsco Center.

The contest will be broadcast on ACC Network Extra HERE, as well as carried live on WVUM 90.5 FM HERE. Live stats for the game can be found HERE.

As is the case at all home games, team posters and schedule cards will be available at the marketing table by the main entrance. The first 200 fans in attendance will receive a Miami cutting board.

The Cornhuskers are one of two opponents—the other is Alabama—on the Hurricanes’ 2018-19 regular season schedule they have played multiple times and never defeated. Miami is 0-3 in the all-time series and came up on the short end of a 99-85 road decision in the most recent meeting on Nov. 17, 2010.

Miami is coming off its first setback of the season Sunday in Ames, Iowa, as the Hurricanes fell to Iowa State, 75-52, in the Preseason WNIT championship game. Senior forward/center Emese Hof led the Hurricanes with 14 points, a game-high nine rebounds and a career-high-tying five blocks, while sophomore guard Taylor Mason tied her career best with nine points.

Nebraska is 1-2 on the season after a double overtime loss Friday at Washington State. The Cornhuskers are co-led in scoring by freshman guard Sam Haiby and sophomore guard/forward Taylor Kissinger at 12.3 points per game. Nebraska was picked outside the top three in the Big Ten—that is all the conference releases—and is coming off a 21-11 (11-5 B1G) campaign in 2017-18 that included an NCAA Tournament berth.

The Miami Thanksgiving Classic will conclude Sunday, when Nebraska takes on Radford at noon and the Hurricanes meet Temple at 2 p.m.