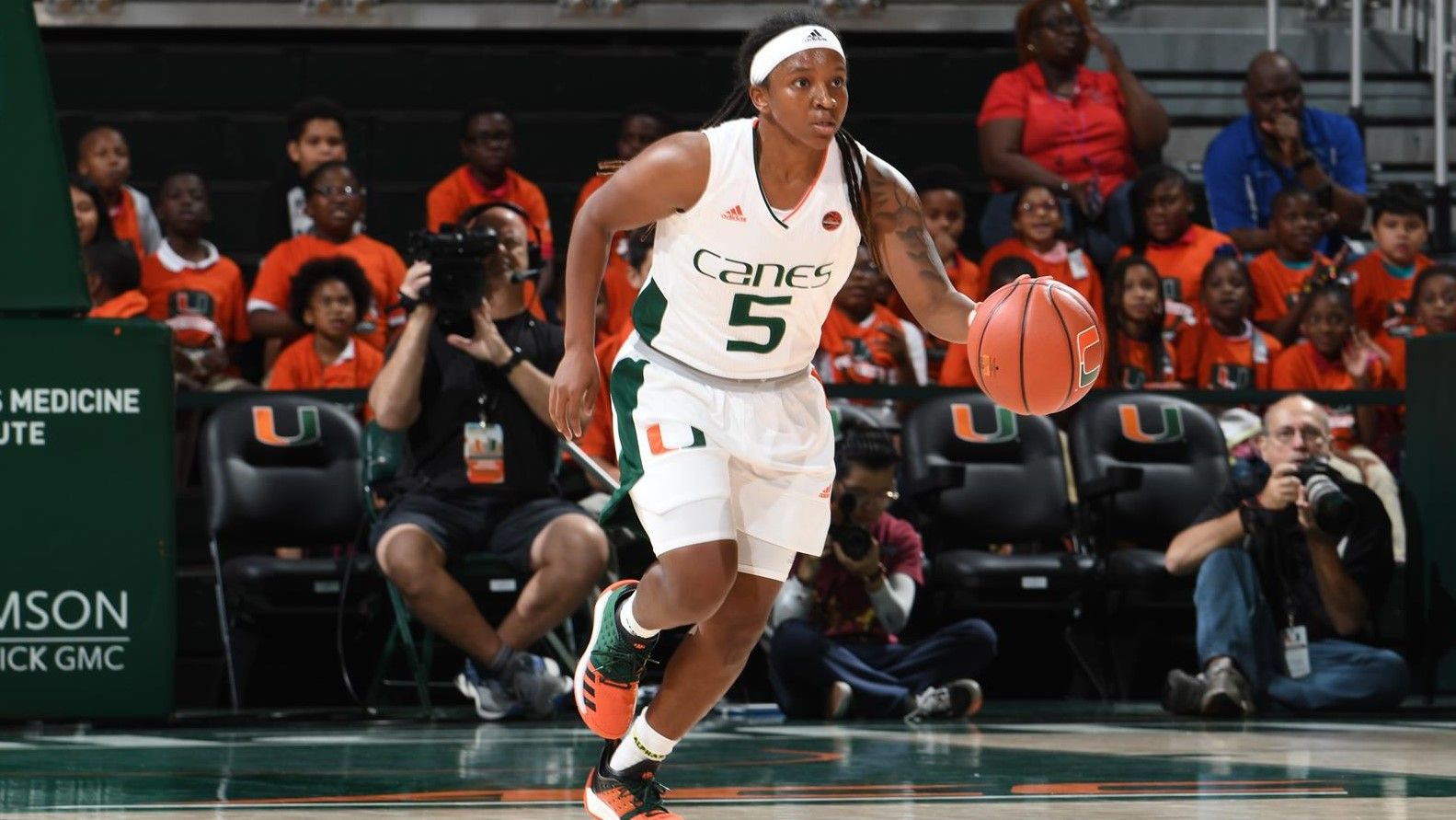 WBB Moves to No. 22 in Coaches Poll

Miami (4-1) earned 111 points in this week’s voting, a 19-point increase from the preseason poll on Nov. 1. The full poll can be found HERE.

In the Associated Press poll released Monday, Miami held steady at No. 24 in the country. The Hurricanes, who garnered 95 points in the balloting, received six top-20 votes and peaked at No. 14. The full poll is available HERE.

Miami is one of five ACC teams in the top 25 of both polls, with Notre Dame holding the top spot on both lists. Louisville ranks fourth in the AP Poll and fifth in the Coaches Poll, with Syracuse at No. 14/15 and NC State at No. 15/13.

The Hurricanes return to the court Friday at 3 p.m. when they take on Nebraska, two hours after Temple plays Radford in the opening game of the Miami Thanksgiving Classic at the Watsco Center.