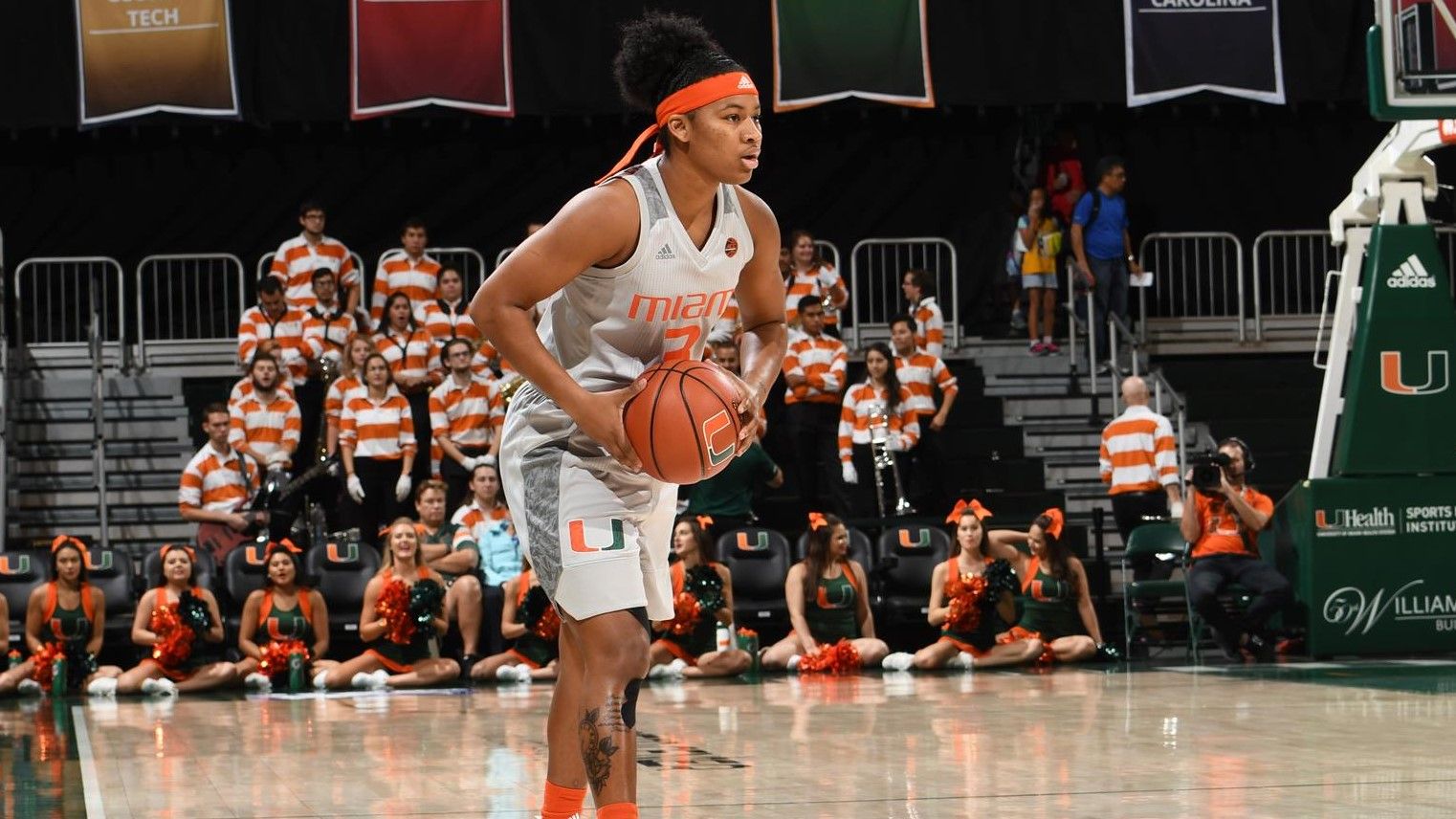 The title game is slated to be broadcast on CBS Sports Network HERE with Thad Anderson and Curt Miller on the call, as well as carried live on WVUM 90.5 FM HERE. Live stats for the contest can be found HERE.

The title game is slated to be broadcast on CBS Sports Network HERE, as well as carried live on WVUM 90.5 FM HERE. Live stats for the contest can be found HERE.

Iowa State is one of three teams on Miami’s 2018-19 regular season schedule it has not previously faced. The first, Marquette, Miami played in its most recent game and earned a victory, while the other is Central Michigan.

In a top-25 matchup, the Hurricanes defeated No. 19 Marquette, 63-55, Thursday night at the Watsco Center in the Preseason WNIT semifinals. Beatrice Mompremier tallied career highs in points (24), rebounds (21), made field goals (10) and minutes (34) to lead Miami to victory. The redshirt junior, who tied for fourth on Miami’s single-game rebounding list, became the first Hurricane with a 20-20 game since Nov. 22, 2002 and the first ACC player to achieve the feat since Feb. 12, 2015.

Iowa State is 3-0 thus far and is coming off a 66-64 home win over Auburn in the Preseason WNIT semifinals. The Cyclones are led in scoring by senior guard Bridget Carleton, a Preseason All-Big 12 Team honoree, at 16.7 points per game. Last season, Iowa State finished 14-17 (7-11 B12) after reaching the NCAA Tournament in 10 of the prior 11 years.

After meeting the Cyclones, the Hurricanes will return home to host the Miami Thanksgiving Classic. Action begins on Nov. 23, with Radford playing Temple at 1 p.m. and then Miami squaring off with Nebraska at 3 p.m.