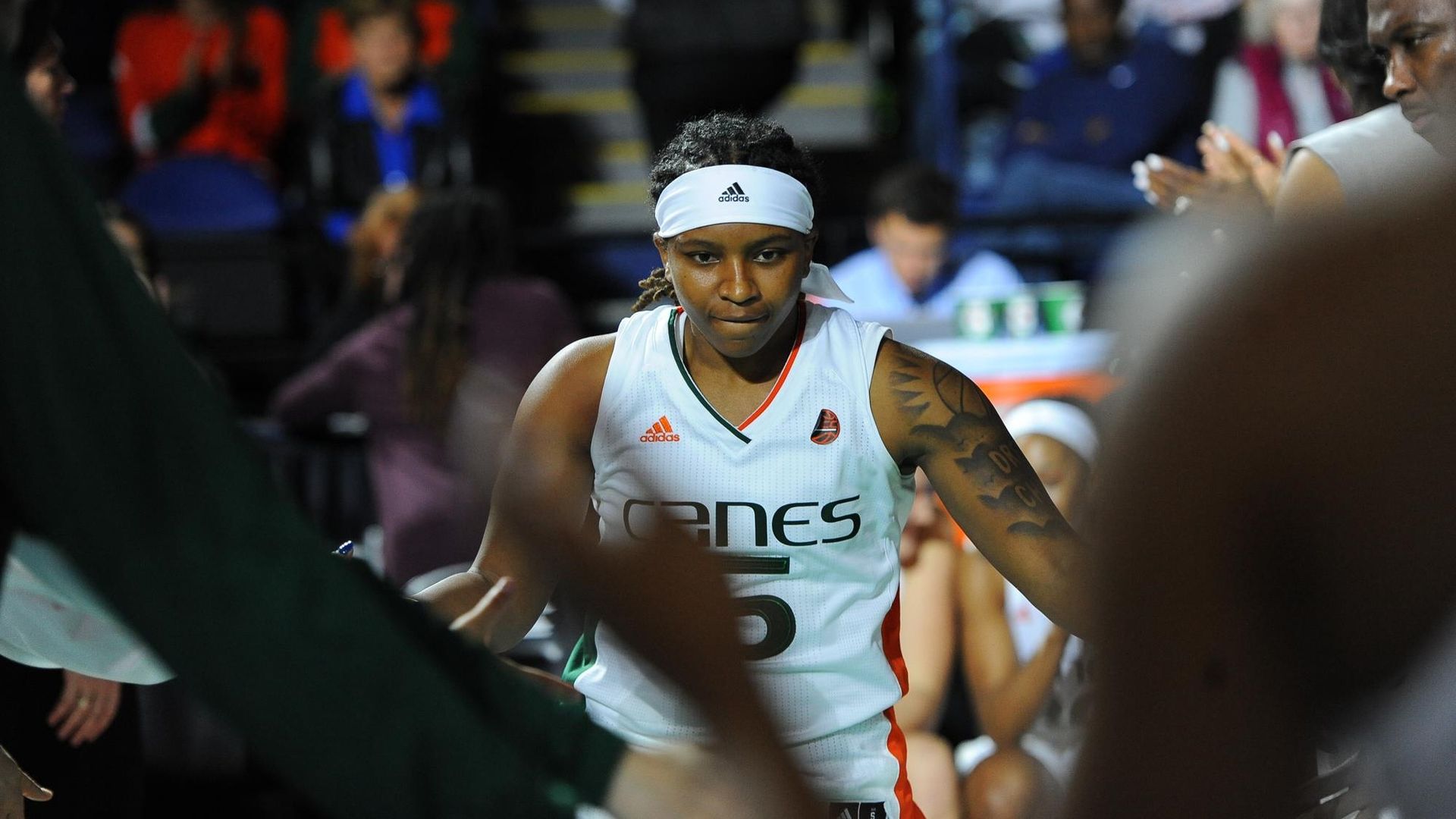 The Hurricanes are set to take on Nova Southeastern in an exhibition matchup at the Watsco Center.

As is the case at all home games, team posters will be available at the marketing table by the main entrance.

The Hurricanes and Sharks have never met in the regular season, but this is the fourth time in five years they will face off in an exhibition game. Most recently, Miami earned a 102-47 home victory on Oct. 31, 2017.

Miami is coming off a 2017-18 season that it finished with a 21-11 (10-6 ACC) record and a fourth consecutive NCAA Tournament appearance. The Hurricanes, who were picked fifth in the ACC this year by the league’s coaches and sixth by the Blue Ribbon Panel, reached the postseason for the ninth straight year and logged 20-plus wins for the eighth time in that stretch.

Nova Southeastern went 13-14 (9-11 SSC) in 2017-18 and saw its five-year Division II NCAA Tournament streak come to an end. At 13.1 points per game, Alison Hughes is the leading returning scorer for the Sharks, who tied for fourth in the Sunshine State Conference preseason poll.

After squaring off with the Sharks, the Hurricanes will open the regular season Nov. 6 at 7 p.m. on the road at FIU in Miami.