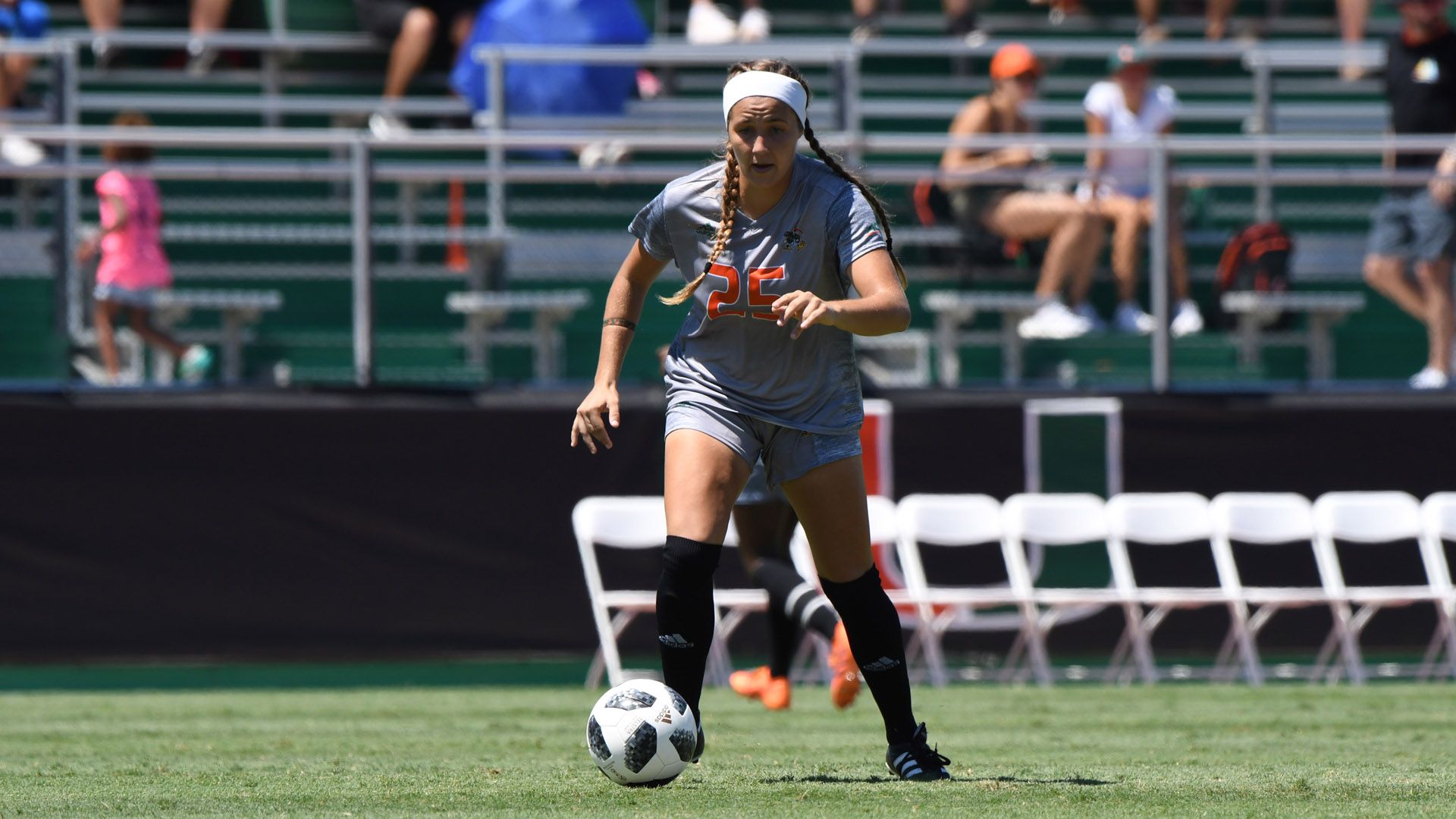 CORAL GABLES, Fla. – The University of Miami soccer team closes out action in the Tar Heel state with a match against third-ranked North Carolina Sunday at 1 p.m. at Koka Booth Stadium at WakeMed Soccer Park in Cary, N.C.

This match will mark the 16th time the Canes have faced UNC, with the 21-time NCAA champion Tar Heels leading the overall series, 13-2-0. In the most recent meeting, North Carolina earned a 3-0 victory on Oct. 5, 2017 at Cobb Stadium.

In its last outing, Miami out shot NC State, 14-9, while hitting the target eight times compared to the Wolfpack’s four, however an early goal made the difference, as the Canes’ dropped the match, 1-0.

As a team, 13 different Hurricanes have registered at least one point this season, with freshman Gudrun Haralz leading the team with 16 points (seven goals, two assists). The Kópavogur, Iceland, native’s seven goals ranks tied for seventh in the ACC and second among ACC newcomers. In conference action, the freshman’s four goals and pair of game-winning tallies rank tied for eighth and tied for third, respectively.

UNC enters the contest riding an eight match winning streak, while leading the ACC with a perfect 8-0 mark in conference action and 13-2-1 overall record. Most recently, the Tar Heels topped No. 11 Boston College, 1-0, with Alessia Russo scoring off a giveaway just 5:18 into the match. North Carolina’s prolific offense has notched 35 goals this season, with 14 different players accounting for at least one tally. Russo leads the way with six goals on the season.

Following Thursday’s contest, Miami will close out the regular season at Cobb Stadium on Thursday at 7 p.m. against No. 14 Florida State.