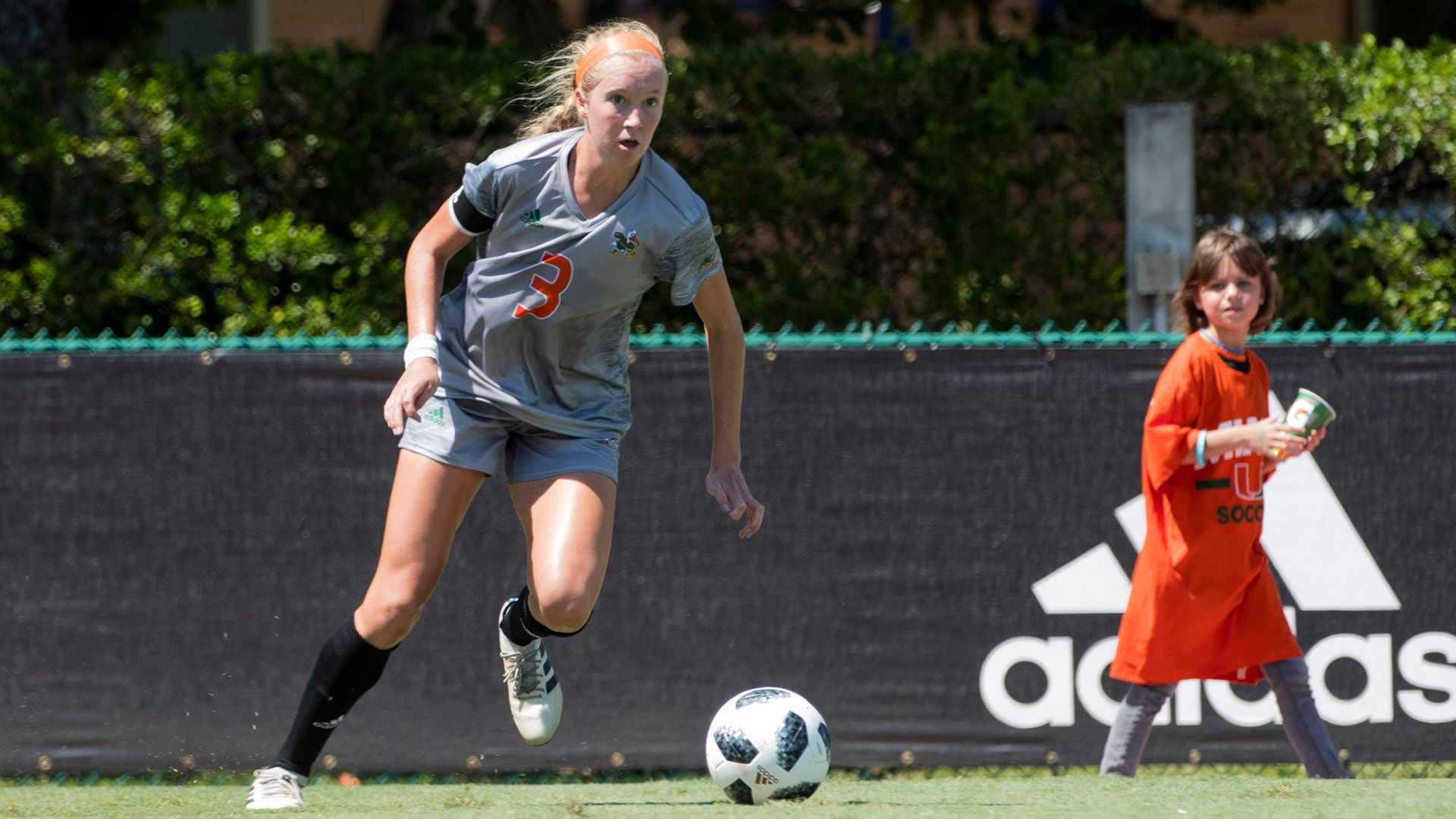 CORAL GABLES, Fla. – The University of Miami soccer team heads to the Tar Heel state for a pair of road matches beginning Thursday at 7 p.m. against NC State at the Dail Soccer Field/Track Complex.

This match will mark the 13th time the Canes have faced NC State, with Miami leading the overall series, 7-3-2. Since dropping the first three matches, from 2004-06, UM has gone 7-0-2 against the Wolfpack and is riding a four-match win streak into Thursday night’s contest. In the most recent meeting, Miami earned a 3-2 double overtime victory on Oct. 11, 2015 at Cobb Stadium.

In its last outing, Miami earned a 1-1 draw with then-eighth-ranked Boston College. In the 71st minute, a pair of freshmen connected when Sammy Neyman sent a perfectly placed 50 yard through-ball towards the awaiting foot of Olsson.

Making a move past a Boston College defender, the Crystal Lake, Ill., native drilled a shot towards the left upper-ninety, evening the match at one.

In goal, Phallon Tullis-Joyce registered a season-high eight saves against the Eagles, giving her 58 saves on the season and 231 in her illustrious career. Going the distance in Saturday’s double overtime affair, the redshirt senior jumped to No. 2 in the all-time record book, now registering 5,286 career minutes on the pitch.

As a team, 13 different Hurricanes have registered at least one point this season, with Haralz leading the team with 16 points (seven goals, two assists). The Kópavogur, Iceland, native’s seven goals ranks tied for seventh in the ACC and second among ACC newcomers. In conference action, the freshman’s four goals and pair of game-winning tallies rank tied for fifth and tied for third, respectively.