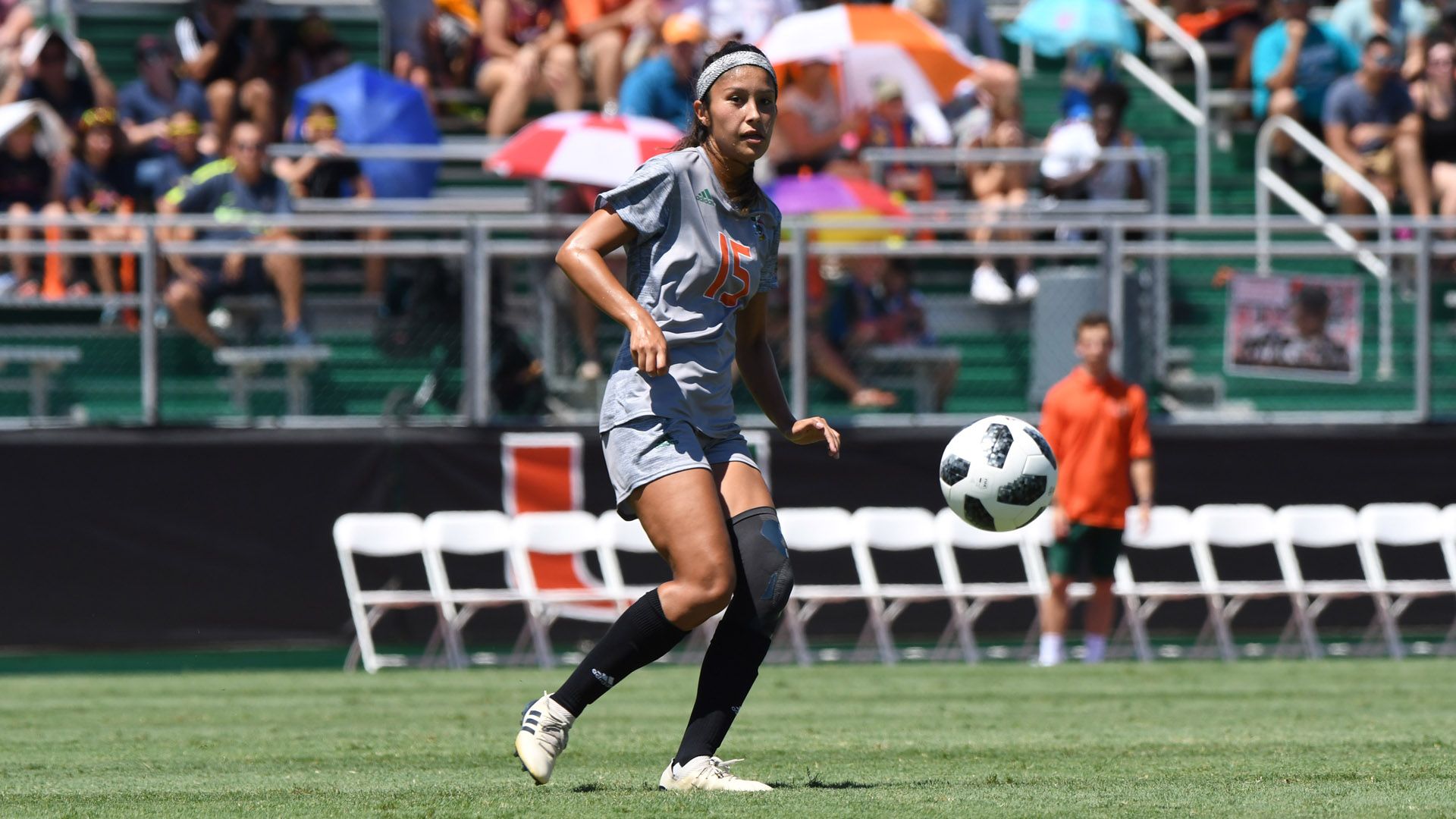 This match will mark the 17th time the Canes have faced Boston College, with the Eagles leading the overall series, 11-3-2. When the teams last met on Oct. 8, 2017, Boston College earned a 3-1 home victory.

The Canes enter this season’s contest with a 5-7-2 overall record and 2-4-0 mark in the ACC, winning two of their last three matches.

Last weekend, Miami split a pair of road contests, rallying back from two goals down to defeat Pittsburgh, 3-2, before falling at Louisville, 3-0.

With a trio of goals against the Panthers, Haralz became only the second Hurricane to register a hat-trick in the second half of play, matching a record set by Laura West against Florida Atlantic on Aug. 30, 2000.

Overall, 12 different Hurricanes have registered at least one point this season, with Haralz leading the team with 16 points (seven goals, two assists). The Kópavogur, Iceland, native’s seven goals ranks seventh in the ACC and second among ACC newcomers. The mark is also tied for eighth in the NCAA among freshman. In conference action, the freshman’s four goals and pair of game-winning tallies rank tied for second and tied for first, respectively.

Boston College is 13-1-0 (5-1-0 ACC) on the season, most recently picking up a pair of shutout victories over Virginia Tech (3-0) and then-No. 23 NC State (2-0). The Eagles have outshot their opponents 34-7, with Alexis Bryant registering eight and half shutouts on the season. On offense, Boston College is led by Samantha Coffey, who ranks fourth in the NCAA and first in the ACC with 29 points (nine goals, 11 assists).

As is the case with all home matches, entry to Saturday’s contest is free to all fans. The game is pink day at Cobb Stadium, with the first 150 fans receiving a pink shirt, pink hair ribbons and pizza, while pink bam-bam thunder sticks will be distributed amongst the first 100 spectators. The giveaways will be available at the marketing table, which will also have team posters.

Additionally, the Hurricanes will welcome back members of the 1961-84 UM men’s soccer team, who will be honored pregame and during a halftime presentation during the group’s fourth annual reunion.

Following Saturday’s match, the Hurricanes will visit the Tar Heel state for a pair of road matches against No. 3 North Carolina (Oct. 18) and NC State (Oct. 21).