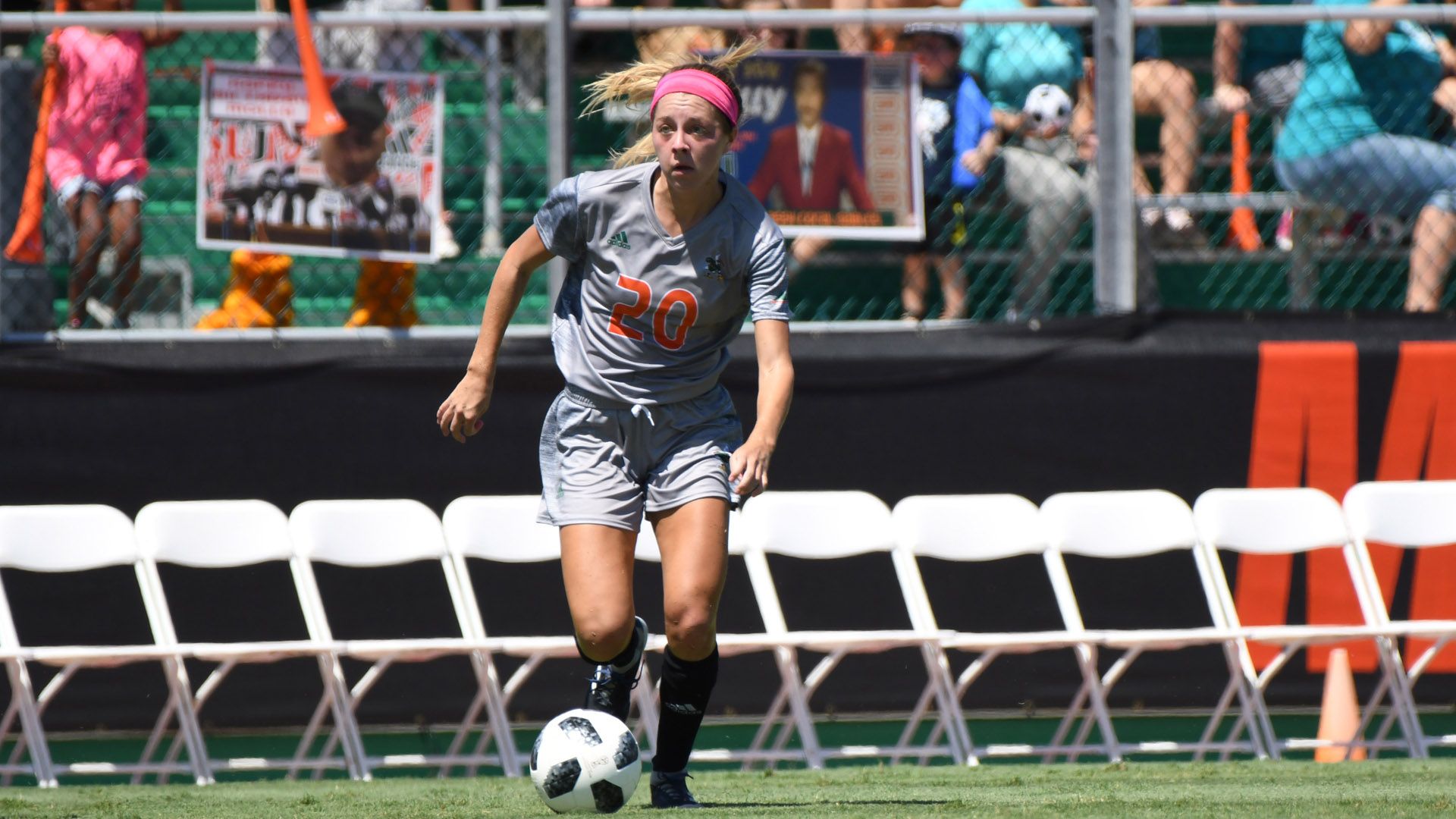 CORAL GABLES, Fla. – The University of Miami soccer team hits the road for the first time in 20 days, as the Hurricanes are set to battle Pittsburgh Thursday at 7 p.m. at Ambrose Urbanic Field.

This match will mark the eighth time the Canes have faced Pittsburgh, with Miami leading the overall series, 5-2-0. When the teams last met Oct. 19, 2017, the Hurricanes cruised to a 3-0 shutout victory.

In the affair, Miami recorded a trio of second-half goals to earn the dominant win. Junior midfielder Lauren Markwith earned the match-winner in the 49th minute, heading in the goal off of a corner from senior midfielder Jamie Brunworth.

The Canes enter this season’s contest with a 4-6-2 overall record and 1-3-0 mark in the ACC, reaching extra time four times this year. First-year head coach Sarah Barnes’ side has outscored its opponents by a 9-3 margin in the first half and have outshot them, 79-36.

In its last outing, Miami topped Syracuse, 1-0 on Saturday. In the 33rd minute, Brunworth sent a long ball towards the foot of Bayleigh Chaviers who was streaking down the right sideline. The junior defender then sent a line drive across the face of goal, as freshman forward Gudrun Haralz slid towards the ball and tapped it past the Syracuse keeper.

In goal, Phallon Tullis-Joyce tallied her 13th career shut out to move into a three-way tie on the Hurricanes’ all time shutout list with Rachel Elsby and Emaily Lillard. The win also marked the 22nd of the redshirt senior’s career, surpassing Lauren McAdam for third in program history.

Overall, 12 different Hurricanes have registered at least one point this season, with Haralz leading the team with 10 points (four goals, two assists). In the last six contests, Brunworth has notched two goals and two assists to lead the charge for the Canes’ attack.

Pittsburgh (4-6-1, 0-4-0 ACC) returns home after a tough road trip, where they fell in a trio of league matchups. Pitt dropped nationally-ranked matches to North Carolina and NC State before being edged out by a strong Virginia Tech team Sunday afternoon. Offensively, freshman Anna Rico leads the team on the season, tallying six points in nine games. The rookie has found the back of the net three times on the year. Fellow freshman Madeline Gravante has scored two goals, while four other Panthers have scored once.

Following Thursday’s contest, Miami will travel to Kentucky on Sunday for a matchup against Louisville at noon.