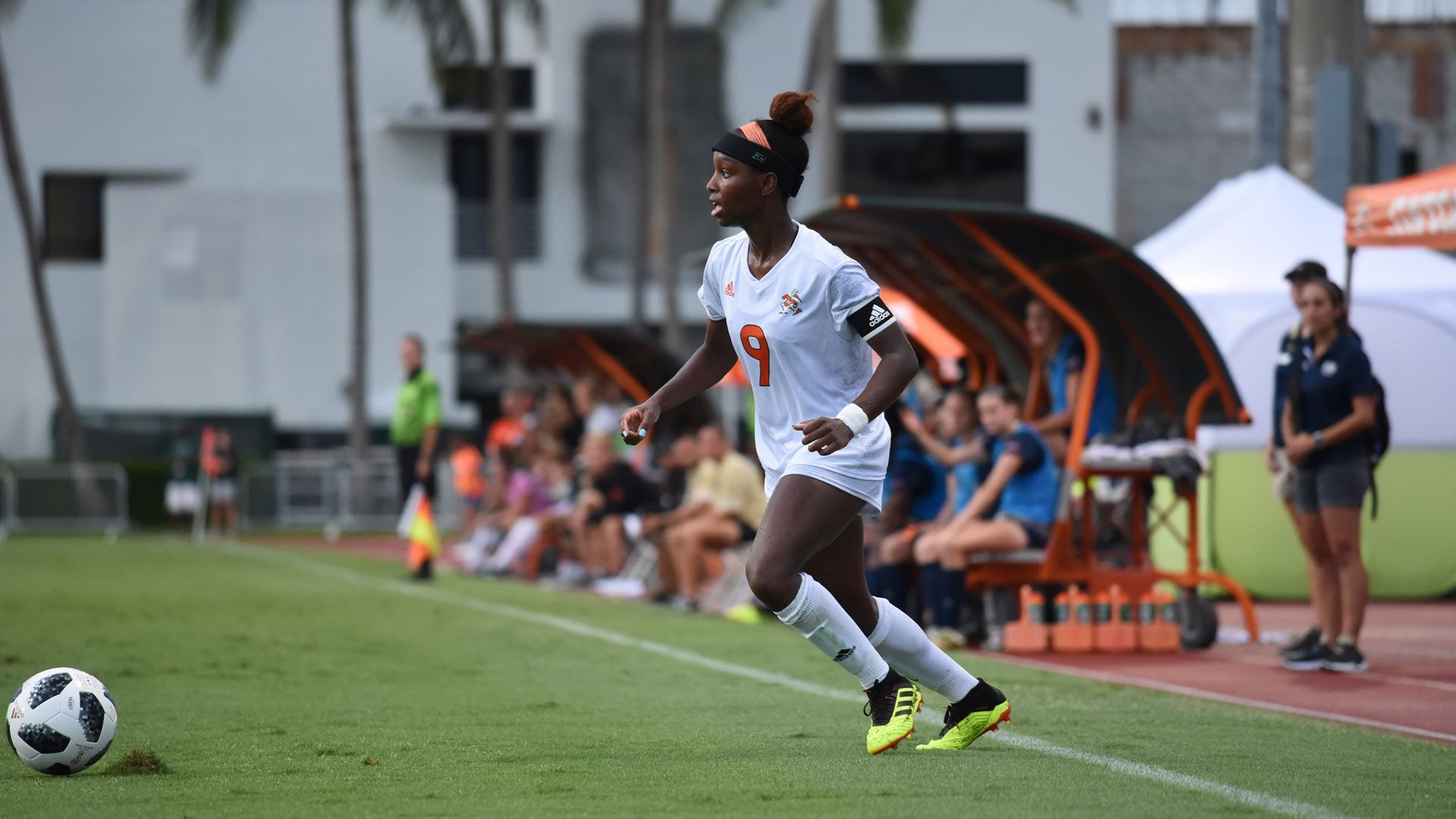 CORAL GABLES, Fla. – The University of Miami soccer team is set to return to Cobb Stadium, where it will host No. 12 Duke Thursday at 7 p.m.

As is the case with all home matches, entry to Thursday night’s contest is free to all fans. A UM special edition shirt will be handed out to the first 200 students and will be available at the marketing table, which will also have team posters.

The matchup will mark the 13th time the Canes have faced Duke, with Duke leading the overall series 10-1-1. When the teams last met Oct. 15, 2017, the fourth-ranked Blue Devils earned a 3-0 victory.

The Canes enter the affair with a 3-4-2 record on the season, reaching extra time in each of the last three contests. First-year head coach Sarah Barnes’ side has outscored its opponents by an 8-1 margin in the first half, with the lone opposing goal coming in the second minute of the season opener against Florida Atlantic. In the opening stanza, the Hurricanes have outshot their opponents 64-28.

Overall, 11 different Hurricanes have registered at least one point this season, with freshman forward Gudrun Haralz leading the team with eight points (three goals and two assists). In the last three contests, senior midfielder Jamie Brunworth has notched two goals and an assist to lead the charge for the Canes’ attack.

Duke is 7-1-1 on the season, most recently downing Syracuse, 4-0. After opening the season 1-1-1, the Blue Devils enter Thursday’s contest riding a six-match win streak, while outscoring their opponents 15-2, during the stretch. In 2017, Duke finished 23-2-1 (10-0-0 ACC) capturing the ACC regular season championship and advancing to the NCAA College Cup for the second time in the last three years.