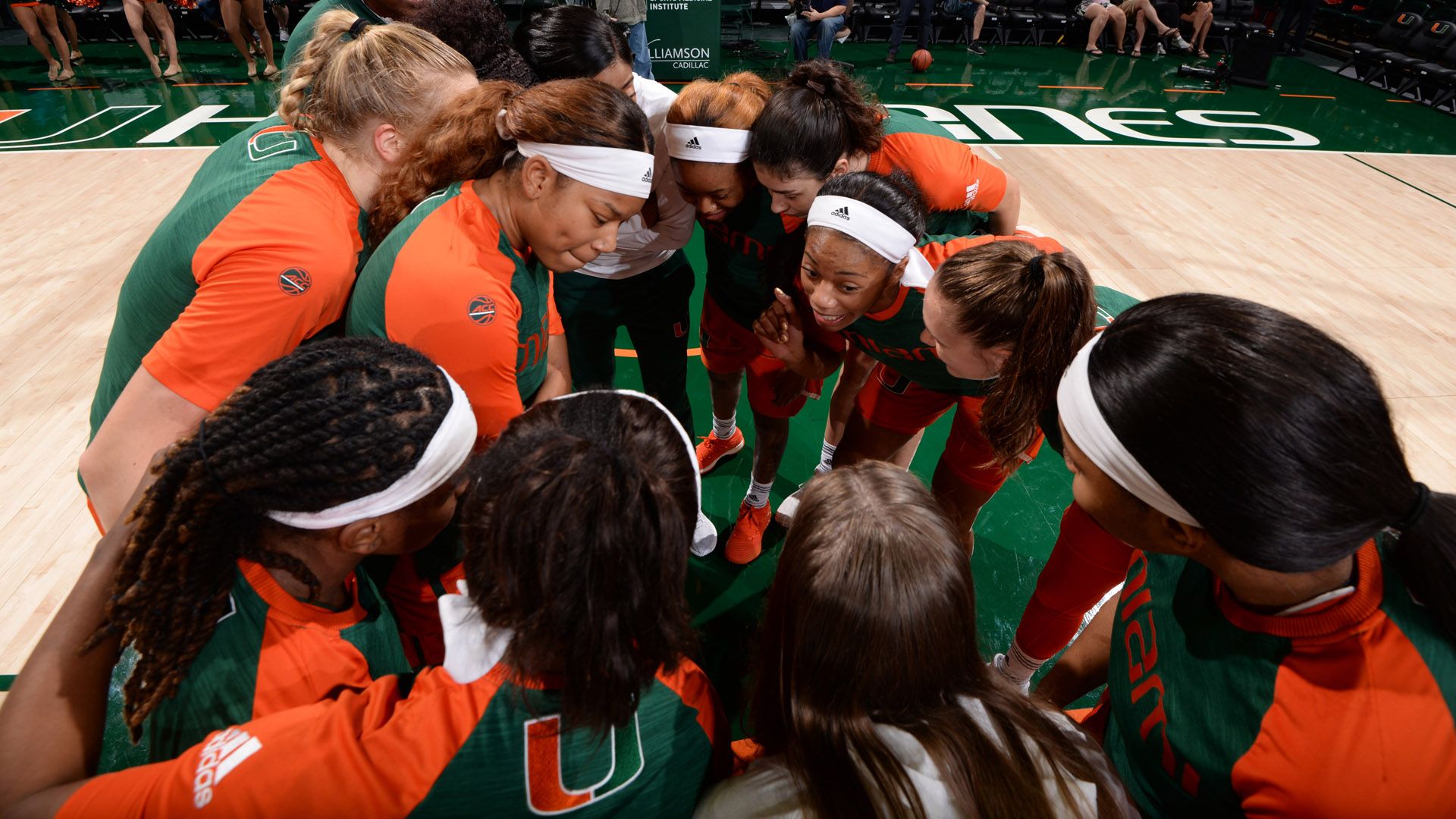 The Hurricanes, coming off a 21-11 (10-6 ACC) season, will play two games on ESPN2/ESPNU and three more on RSN. All 16 contests will be broadcast live for the third year in a row.

Six of Miami’s conference outings come against teams that ended the 2017-18 season in the top 20 of the USA TODAY Coaches Poll, including two against schools that made the Final Four and finished top-five.

“I’m looking forward to this season because I cannot wait to see Laura Cornelius, Khaila Prather, Rebecca Ripley and Beatrice Mompremier on the court again,” Miami head coach Katie Meier said. “Their energy and excitement to be back out there will be key as we seize the opportunity the ACC presents. Our sophomore class gained tremendous experience last season and we will need all our veterans as we face the nation’s best teams every night in the ACC.”

Up next for the Hurricanes are visits to Pittsburgh (Feb. 10, 2 p.m.) and Louisville (Feb. 17, 3 p.m.), with the game against the Cardinals televised on ESPN2. Louisville finished fourth nationally last year and is fifth in the ESPN poll.

Miami has its return matchups with Virginia Tech (Feb. 21, 7 p.m.) and Florida State (Feb. 24, noon) consecutively, with the former on the road and the latter at home. The game against the Seminoles at the Watsco Center will be broadcast on ESPN2 or ESPNU.

The Hurricanes host Georgia Tech (Feb. 28, 7 p.m.) in the home finale on senior day and then wrap up the regular season at NC State (March 3, 2:30 p.m.), with both games set to be shown on RSN. The Wolfpack ended the season ranked No. 16 last year and hold the same spot on the ESPN list.

“We believe that we will be battle-tested after our extremely competitive non-conference schedule and will be ready for the challenges of the ACC,” Meier said. “We have a veteran squad with tremendous ACC and postseason experience. Last season created some buzz and we are excited for the opportunity to build on that and make this year a special one.”