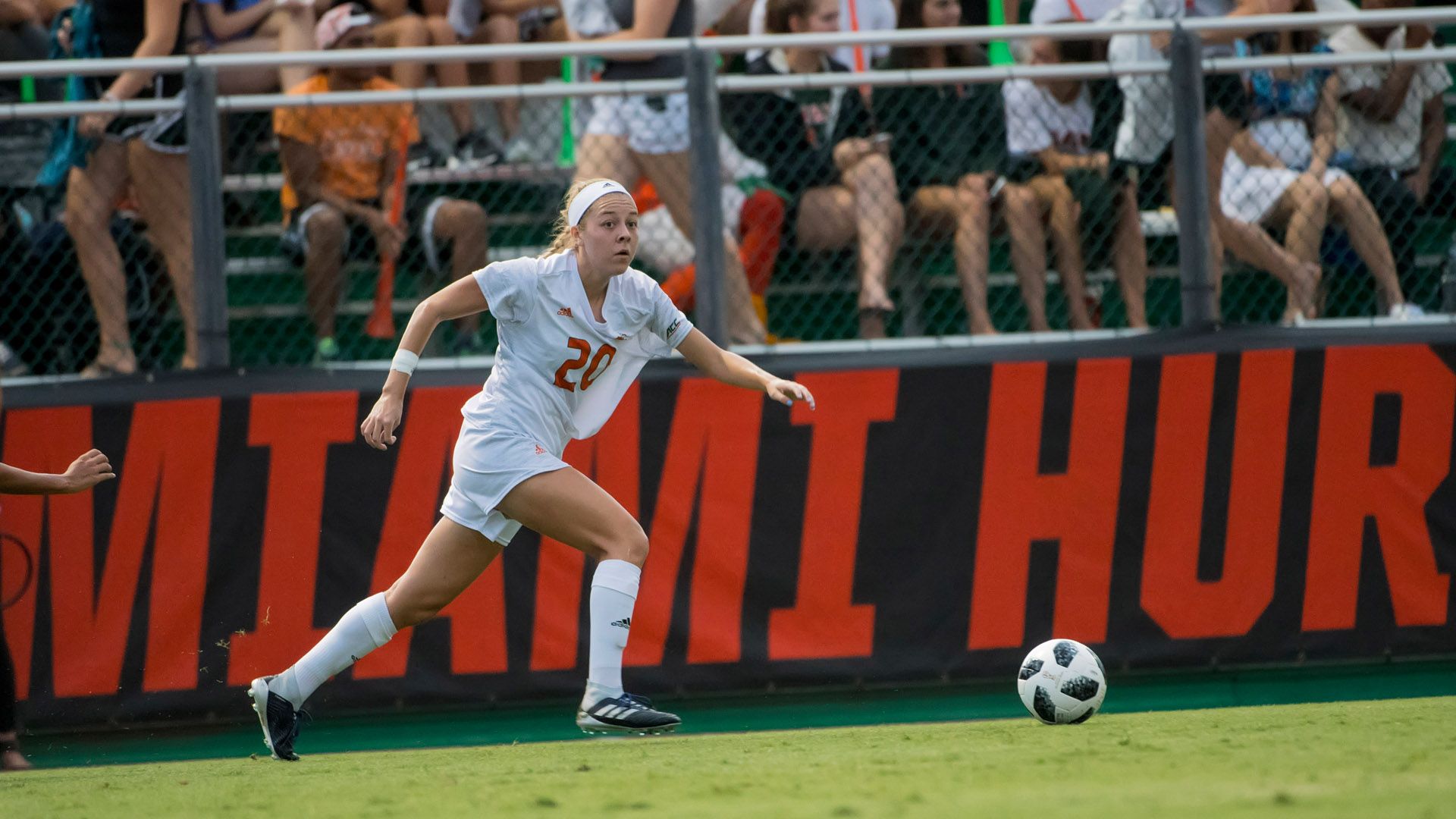 CORAL GABLES, Fla. – The University of Miami soccer team is set to start its 2018 conference slate when it takes on Clemson Friday at noon at Historic Riggs Field.

Previously scheduled to kickoff at 5 p.m., the contest has been moved up earlier in the afternoon due to Hurricane Florence.

Friday’s match will be broadcast live on ACC Network Extra and can be found HERE, while live stats for the action are available HERE.

The matchup will mark the 16th time the Canes have faced the Clemson, with Miami leading the overall series 7-6-2. When the teams last met Sept. 29, 2017, the Tigers earned a 1-0 victory.

The Canes enter the affair with a 3-3-2 record on the season. First-year head coach Sarah Barnes’ side has outscored its opponents by a 7-1 margin in the first half, with the lone opposing goal coming in the second minute of the season opener against Florida Atlantic.

Clemson is 5-3-0 on the season, most recently downing Liberty, 5-0. In 2017, the Tigers finished 10-5-4 (3-5-3 ACC) and reached the second round of the NCAA Tournament. Clemson is led on offense by redshirt senior forward Miranda Weslake and sophomore forwards Mariana Speckmaier, who each tallied a co-team-high four goals and nine points this year.

Following Friday’s contest, Miami will return to Cobb Stadium for a trio of ACC matchups, beginning with No. 13 Duke on Thursday, Sept. 20 at 7 p.m.