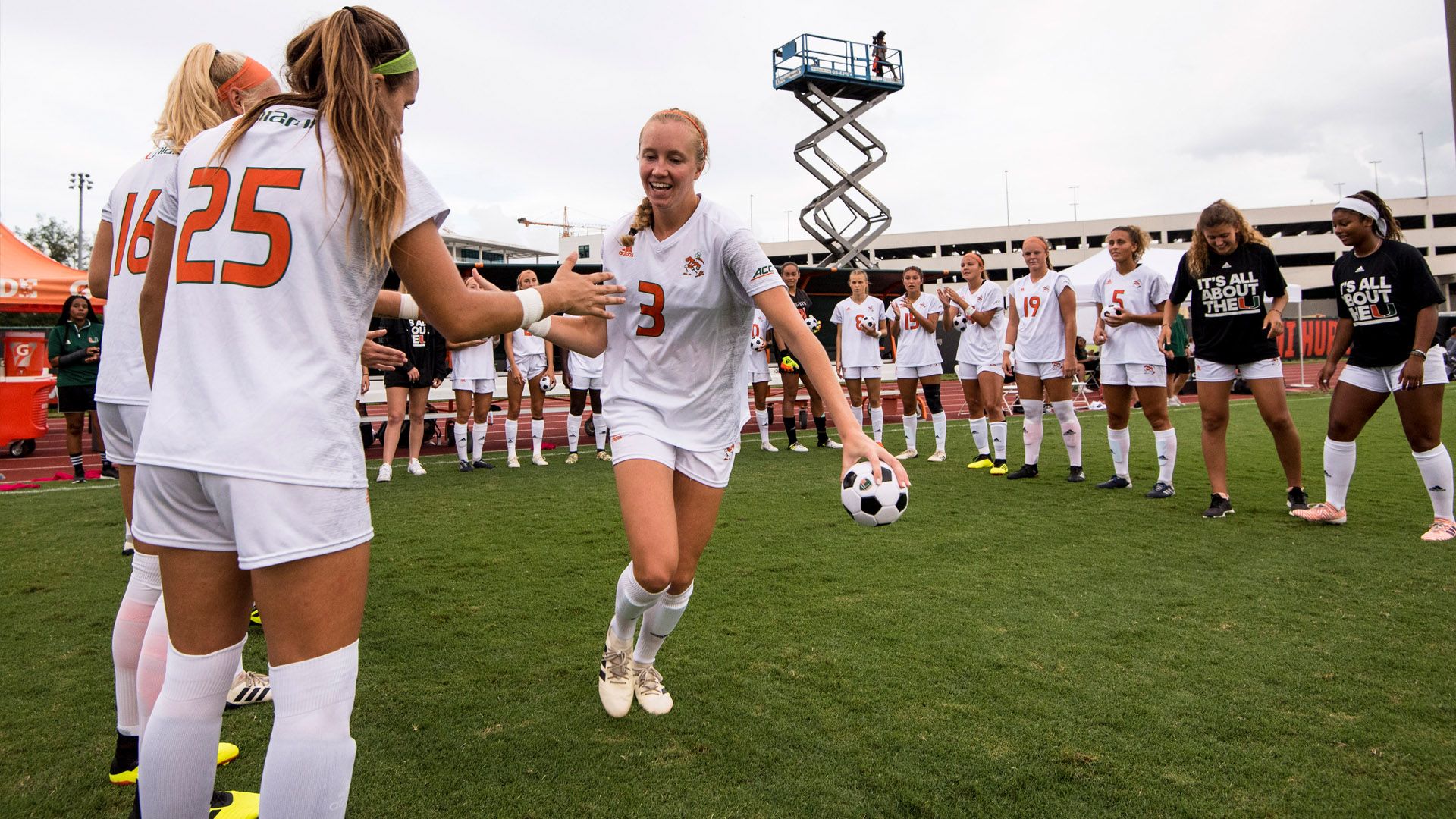 CORAL GABLES, Fla. – The University of Miami soccer wraps up its non-conference home season Sunday when it faces University of Central Florida, who is receiving votes in the United Soccer Coaches poll.

Sunday’s contest will streamed live on ACC Network Extra and can be found HERE, while live stats for the action are available HERE.

As is the case with all home matches, entry to Sunday night’s contest is free to all fans. Sebastian the Ibis cooling towels will be handed out to the first 150 fans and will be available at the marketing table, which will also have team posters.

Sunday night’s matchup will mark the 15th time the Canes have faced the Black and Gold, with UCF leading the overall series 8-4-2. The teams last met, in the regular season, Aug. 30, 2015, with the Knights claiming a 4-3 victory in double overtime.

The Canes are looking to rebound from Thursday night’s overtime loss to UTRGV, which saw two late Vaqueros’ goals seal the match, 2-1.

Sophomore Morgan Asmussen tallied the Canes’ goal in the 41st minute, the first of her career.

Overall, Miami enters Sunday’s tilt ranked fifth in the ACC with an average of 2.0 goals per contest. As a team, 10 different Hurricanes have registered at least one point, with freshman forward Gudrun Haralz leading the way with eight points (3 goals and 2 assists).

UCF (0-2-0) opened its season in Chapel Hill, facing a pair of nationally ranked opponents in then-No. 21 Texas and then-No. 4 UNC. The Knights forced overtime against the Longhorns, but dropped the match, 2-1. Against the Tar Heels, UCF held the advantage in shots, 17-16, but were unable to collect a goal, as North Carolina secured the 1-0 victory.

After hosting UCF, the Hurricanes will head north for a pair of road matches, beginning Thursday, September 6 at 7 p.m. against Jacksonville, before closing out non-conference action Sunday, September 9 at 1 p.m. versus Stetson.