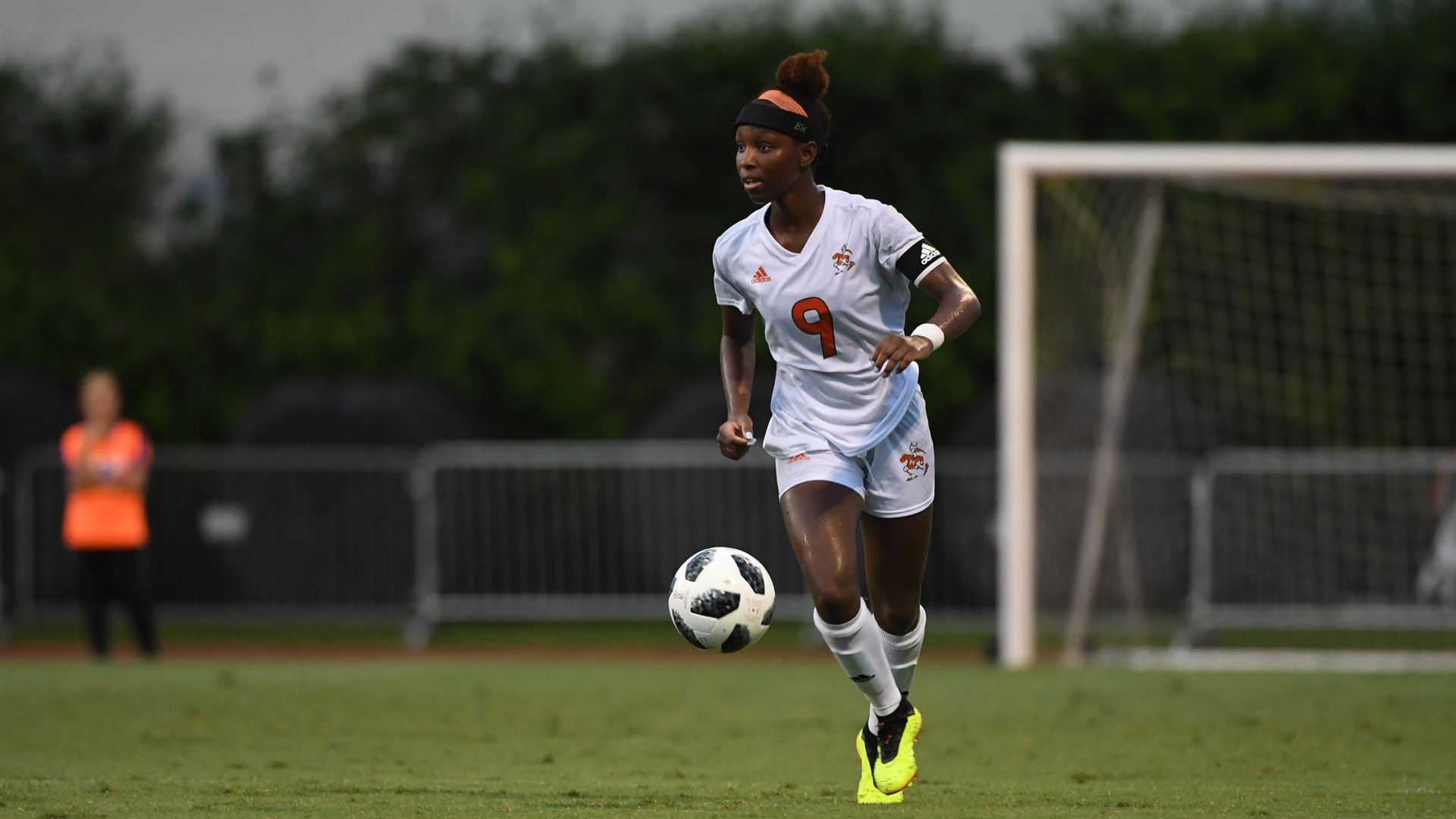 CORAL GABLES, Fla. – The University of Miami women’s soccer team returns to its home pitch Thursday at 7 p.m., when it hosts University of Texas Rio Grande Valley at Cobb Stadium.

Thursday’s contest will streamed live on ACC Network Extra and can be found HERE, while live stats for the action are available HERE.

As is the case with all home matches, entry to Thursday night’s contest is free to all fans. Shirts will be handed out to the first 150 students and will be available at the marketing table, which will also have team posters.

For the third consecutive match, Miami (3-1-0) will battle a team for the first time in program history.

The Hurricanes are back in Coral Gables after playing two matches in the Music City Invitational last weekend. The Canes split the pair of contests, falling to Vanderbilt, 2-1, before bouncing back and taking down Lipscomb, 1-0, in Nashville, Tenn.

In the fourth minute against Vanderbilt, freshman forward Gudrun Haralz scored the game’s opening goal, but a pair of late tallies by the Commodores earned a victory for the tournament’s host.

With three wins on the young season, the redshirt senior goalkeeper has 21 career victories, tied for third on the Canes’ all-time wins list with Lauren McAdam.

On the attack, the Canes enter Sunday’s tilt tied-for-fourth in the ACC with an average of 2.25 goals per contest. Individually, Haralz has tallied eight points (three goals, two assists) through her first four collegiate matches, placing her in a tie for second in the ACC. Overall, nine Hurricanes have tallied a point on the season, with sophomore forward Michelle Giamportone ranking second on the team with five points (two goals, one assist).

In their most recent match against UTEP, the Vaqueros rallied to pick up a 3-2 victory. Trailing 2-1 with under 15 minutes remaining in regulation, freshman Emily Zapata and junior Sarah Bonney tallied back-to-back goals in the 78th and 80th minutes, respectively, to seal the victory. On the season, Bonney leads the team with three goals, while the junior secured the fifth multi-goal match of her career against the Miners.

Following their contest against the Vaqueros, the Hurricanes host UCF Sunday at 6 p.m. in the final non-conference home match of the regular season.