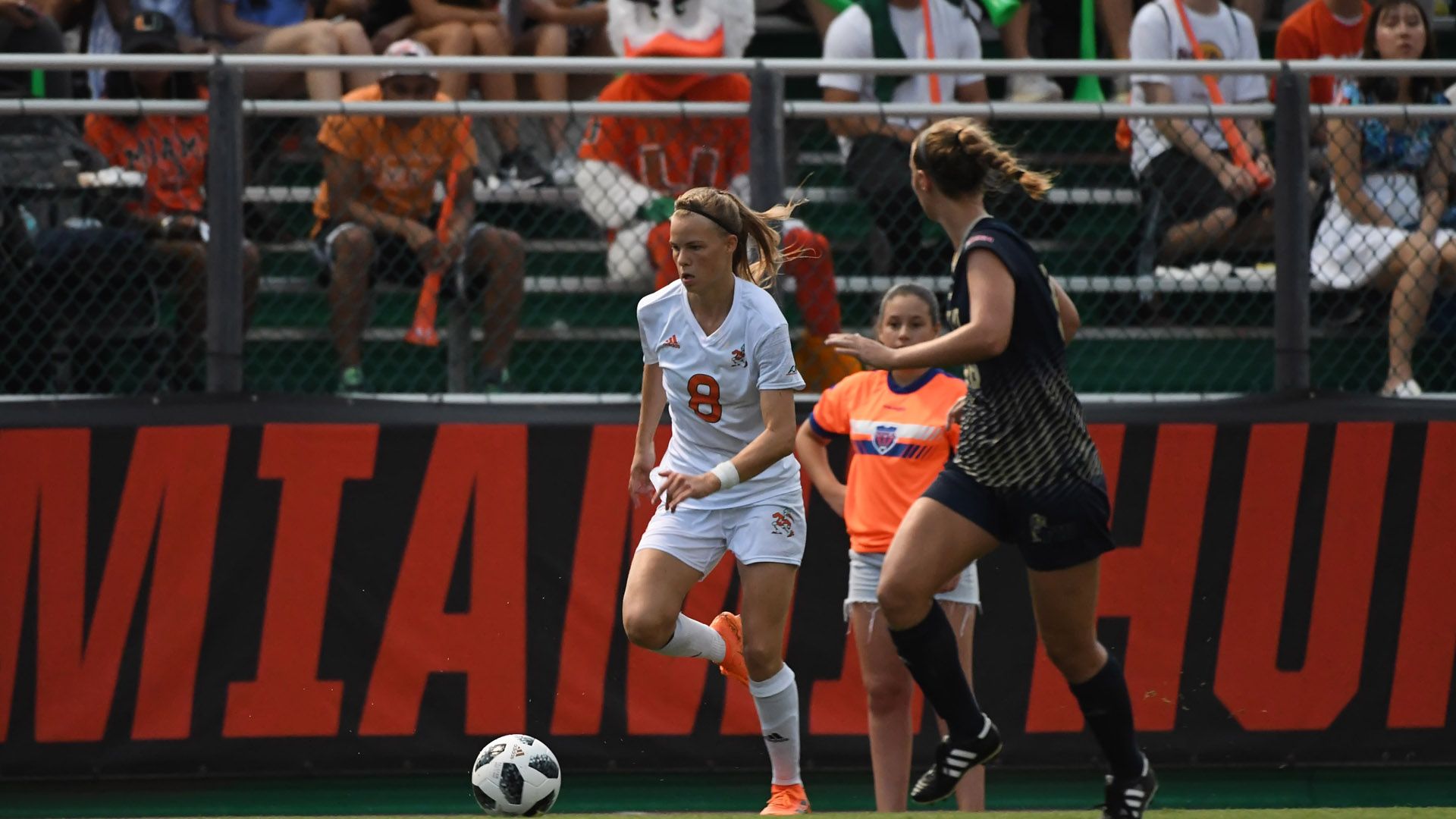 CORAL GABLES, Fla. – The University of Miami soccer team begins a two-match swing in the Volunteer State Friday when it faces Vanderbilt.

The undefeated Hurricanes are set to face the Commodores in the Music City Invitational at 8:30 p.m. ET at the Vanderbilt Lacrosse/Soccer Center in Nashville, Tenn.

The Canes are coming off a resounding 4-1 victory over crosstown foe FIU last Sunday. Miami finished the match with a 30-7 edge in shot attempts, including a 19-2 advantage in the first half. The Hurricanes also had 11 shots on goal and conceded only three, as well as led, 13-1, in corner kicks.

Overall, UM heads into the weekend with a 2-0-0 record on the young season, tallying seven goals as a team. Freshman forward Gudrun Haralz ranks second in the ACC with six points (two goals, two assists), while Haralz and sophomore Michelle Giamportono lead the team with two goals apiece. So far this season, nine Hurricanes have tallied a point.

Vanderbilt is 1-1-0 thus far in 2018 after dropping a 1-0 defensive battle against then-No. 10 Florida State and notching a 3-0 win over Jacksonville. Friday’s match will serve as the team’s home opener. The Commodores are coming off a 13-7-2 (6-3-1 SEC) season last year that included a berth in the second round of the NCAA Tournament.

Friday’s match can be streamed live on SEC Network+, and can be watched HERE. Live stats for the Hurricanes’ contest against the Commodores can be found HERE.

After meeting Vanderbilt, the Hurricanes will battle Lipscomb Sunday at 1 p.m. in their Music City Invitational finale.