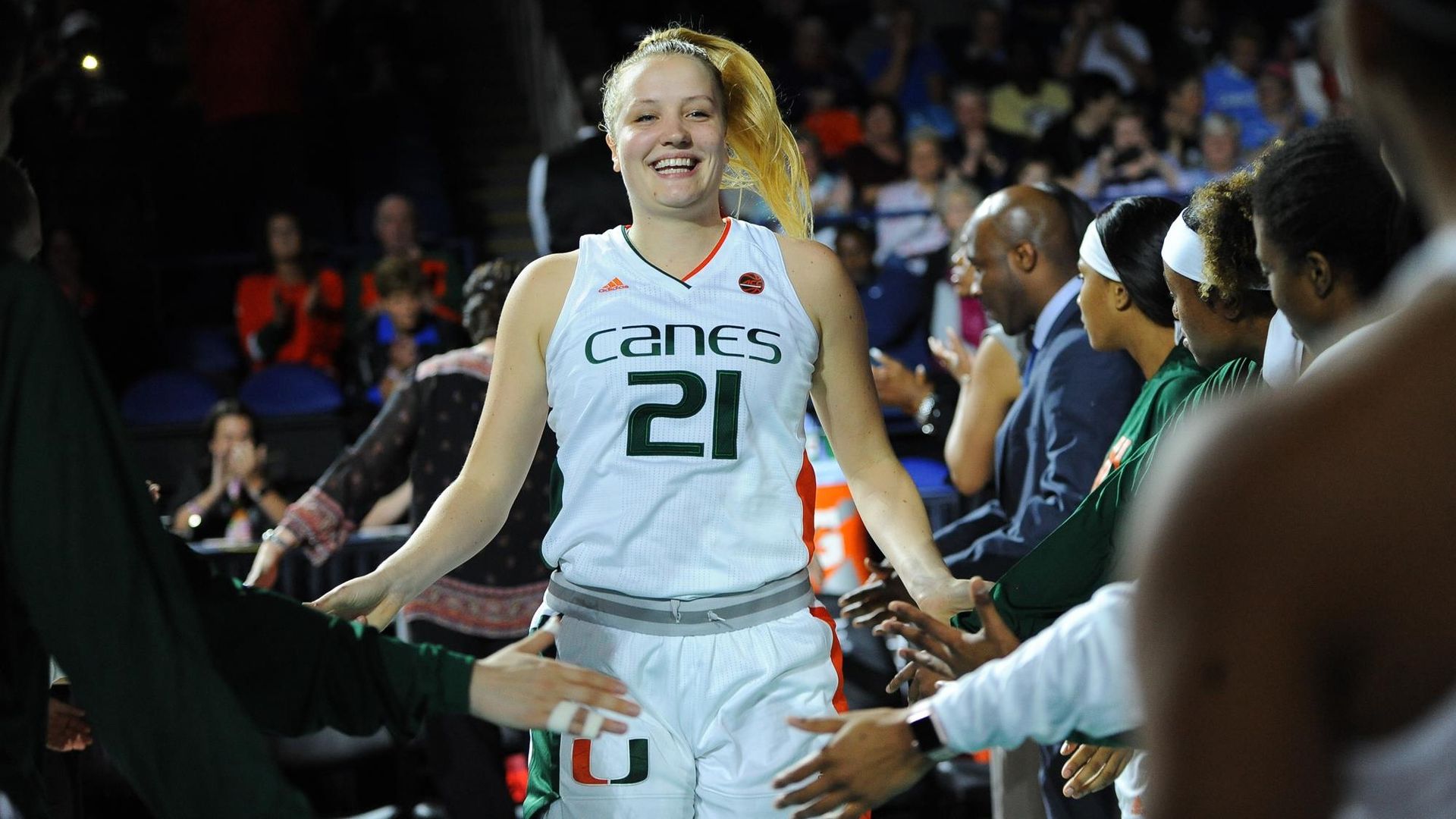 Adam Amin and Kara Lawson have the call for ESPN2 and it can be found on ESPN3 HERE. The action will also be carried live on WVUM 90.5 FM HERE.

The Hurricanes, making their ninth consecutive postseason appearance, are 6-12 all-time in NCAA Tournament play. They are in the field for the seventh time in the past eight years and have advanced to the second round in four of their last six trips.

Miami is 2-1 all-time versus the Bobcats, posting wins in the regular season by 30-plus in both 2002 and 2009. In the most recent meeting, the NCAA Round of 32 a season ago, No. 12-seed Quinnipiac edged the fourth-seeded Hurricanes, 85-78, at the Watsco Center.

In its last outing, Miami dropped a narrow 73-69 decision to No. 11/11 Florida State in the ACC Tournament quarterfinals in Greensboro, N.C. Junior forward/center Emese Hof led all scorers with 21 points, while freshman guard Mykea Gray had 15. Senior forward/center Erykah Davenport had 10 points and 11 rebounds to tally her 11th double-double of the year.

Quinnipiac is 27-5 (18-0 MAAC) on the season, including 27-2 in its past 29 games. The Bobcats have won 22 straight outings, with their last loss coming on Dec. 18. Their top healthy scorer is redshirt junior forward Jen Fay, who averages 13.1 points per game and was named First Team All-MAAC.

The winner of Saturday’s contest plays again Monday versus either top-ranked and top-seeded UConn or No. 16-seed St. Francis (PA) in the NCAA Round of 32.