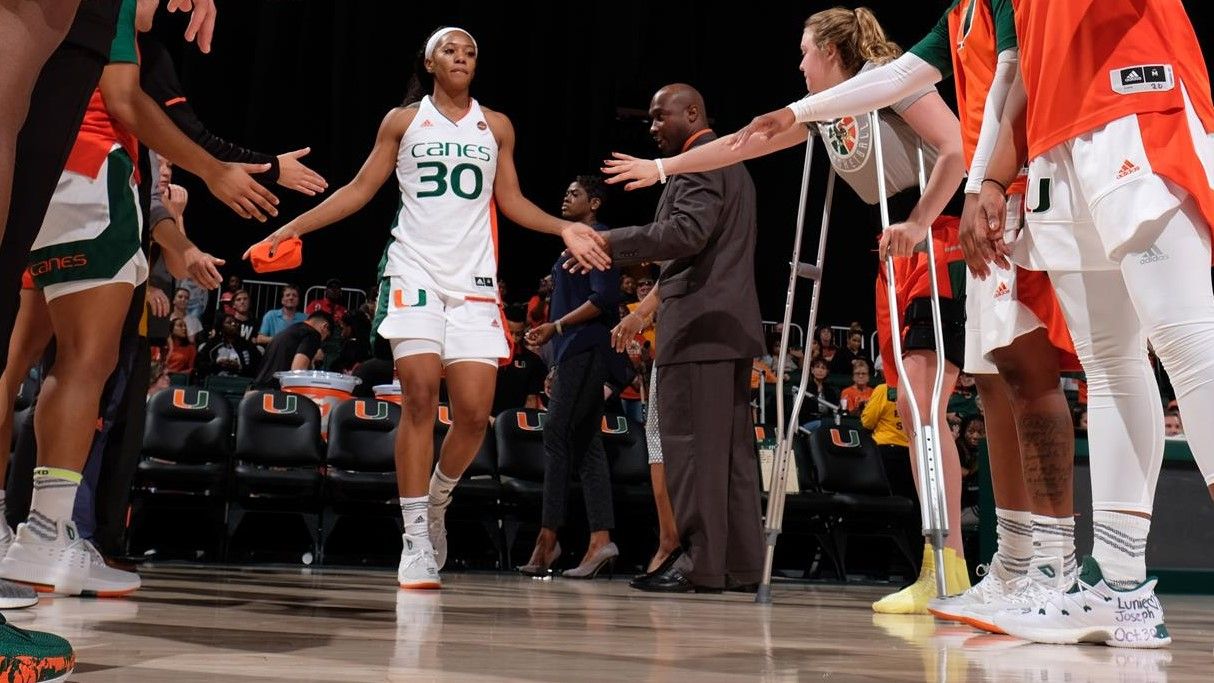 GREENSBORO, N.C. – For the third consecutive year, the University of Miami women’s basketball team will face a Florida State team ranked in the top 11 in the ACC Tournament quarterfinals.

Tom Werme and Debbie Antonelli have the call for RSN—the affiliate list is HERE—and it can be found on ACC Network Extra, subject to blackout, HERE. The action will also be carried live on WVUM 90.5 FM HERE.

After a first-round bye, Miami edged No. 11-seed Wake Forest, 68-60, Thursday night in its first ACC Tournament game. Senior forward/center Erykah Davenport led the way with 16 points and eight rebounds, while senior forward Keyanna Harris had 13 points to go along with a career- and game-high eight assists. Junior forward/center Emese Hof added 13 points in the win.

The Seminoles sport a 24-5 (12-4 ACC) record on the season and received a double-bye through the first two rounds of the ACC Tournament. Florida State was one of three schools with multiple First Team All-ACC selections in senior forward Shakayla Thomas and redshirt senior guard Imani Wright. They, respectively, rank seventh and eighth in the ACC in scoring with 17.3 and 17.0 points per game.

The victor of Friday’s contest takes on second-seeded Notre Dame, ranked No. 5/4, or seventh-seeded Virginia Saturday at 2:30 p.m., on ESNPU in the semifinals.