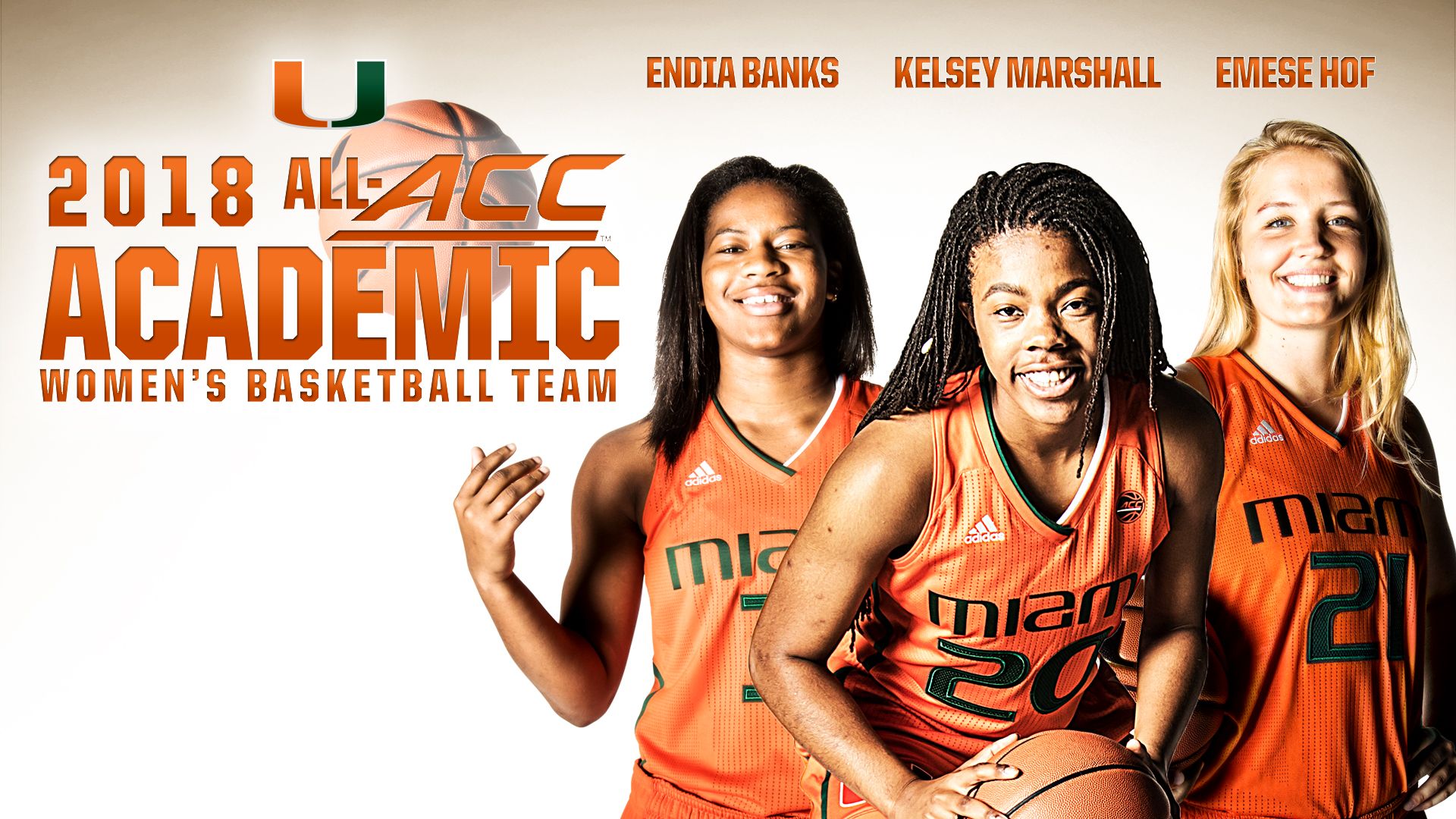 CORAL GABLES, Fla. – For the second consecutive year, three members of the University of Miami women’s basketball team were recognized with All-ACC Academic Team distinctions, as announced Friday morning by the conference.

Junior Emese Hof was honored for the third year in a row, joining Stefanie Yderstrom as the lone three-time selections in program history. Endia Banks and Kelsey Marshall were two of just three freshmen in the conference to earn the distinction, along with Syracuse’s Digna Strautmane.

Miami joined Duke, Florida State, Louisville and Syracuse as the only teams in the conference with at least three honorees.

The Hurricanes have now garnered eight All-ACC Academic Team honors in the past three years, two fewer than their prior cumulative total.

A forward/center from Utrecht, Netherlands, Hof is an exercise physiology major who has earned Athletic Director’s Honor Roll (minimum 3.2 GPA) distinction in all five of her collegiate semesters. She has been named to the Dean’s List (min. 3.5) four times.

Hof is averaging 8.3 points, tied for third among Hurricanes, and 5.5 rebounds per game, good for second. She is also second on Miami with a 52.0 field goal percentage.

A guard from Duluth, Ga., who has yet to declare her major, Banks was a member of the Book Buster Club (min. 3.0) GPA in her first collegiate semester.

Banks leads Miami in assists with 2.7 per game, is tied for third with 4.3 rebounds per outing and is in sixth in scoring at 7.5 points per game.

A guard from Davie, Fla., Marshall is a broadcast journalism major who also garnered Book Buster Club recognition after her first semester of college.

Marshall, who received ACC All-Freshman Team honors Tuesday, is Miami’s co-third-leading scorer at 8.3 points per game and finished seventh in the conference in ACC-only action with a 39.4 percent clip from 3-point range.