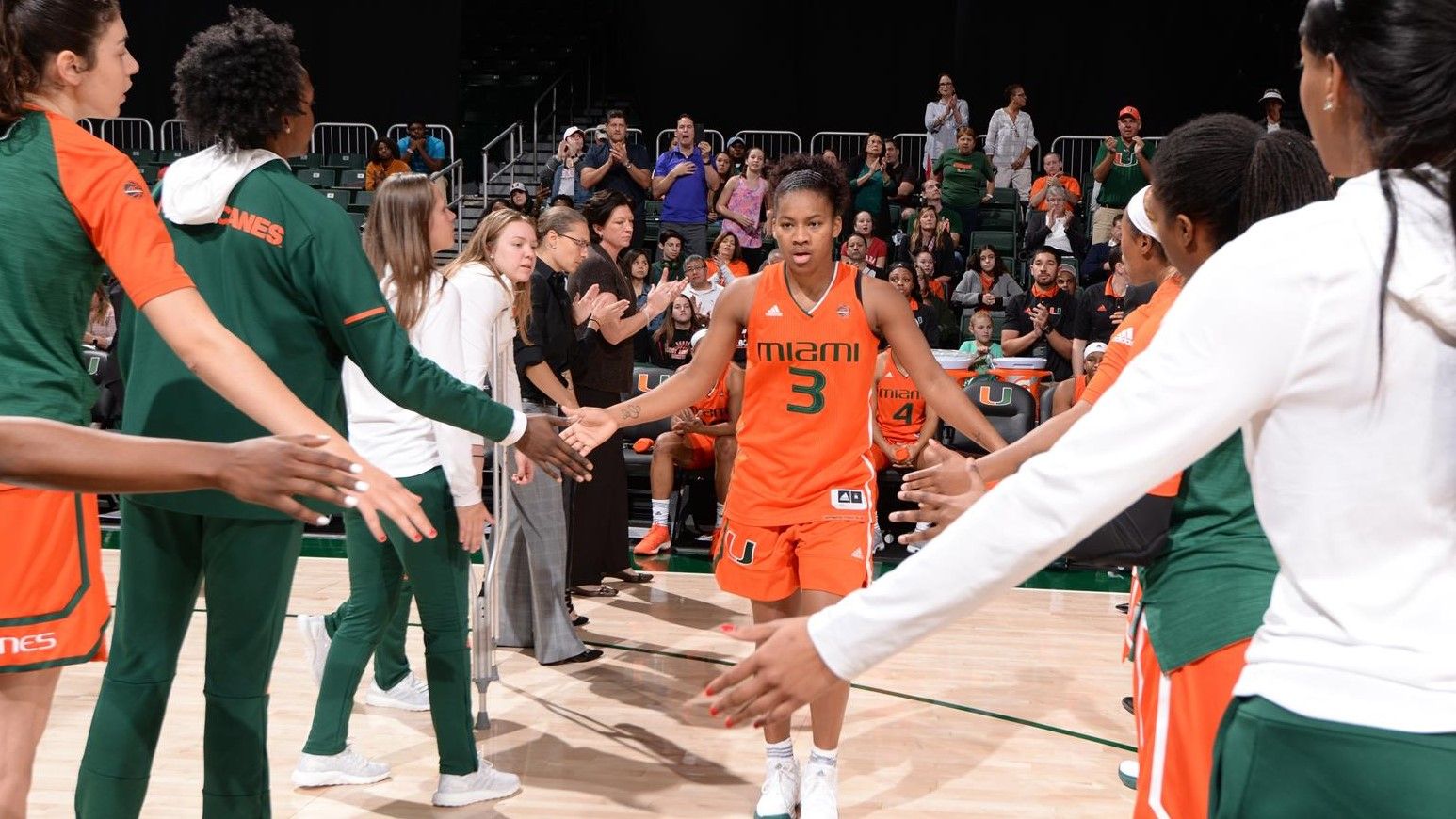 CORAL GABLES, Fla. – Riding a five-game road winning streak, the University of Miami women’s basketball team will look to make it six in a row Thursday night at Georgia Tech.

Jenn Hildreth and LaChina Robinson will call the game on RSN—the affiliate list is HERE—and it can be found on ACC Network Extra, subject to blackout, HERE. The action will also be carried live on WVUM 90.5 FM HERE and live stats for the contest will be available HERE.

The Hurricanes are 15-13 all-time versus Georgia Tech after winning eight of the past 10 meetings, including each of the past four. In the most recent contest, Miami logged an 87-71 neutral site win March 2, 2017 in the second round of the ACC Tournament in Conway, S.C.

Miami picked up its eighth win in its past 10 outings Sunday at Virginia, earning a 77-62 triumph over the Cavaliers. The Hurricanes had two players finish with a double-double for the first time since Dec. 28, 2013. Davenport had a game-high 19 points and game-high 14 rebounds, while junior forward/center Emese Hof added 13 points and a season-best 12 rebounds.

Freshman guard Kelsey Marshall chipped in with 12 points for the Hurricanes, who led by as many as 22 and tied a season low with eight turnovers.

Georgia Tech sports a 16-11 (5-9 ACC) record on the season after winning three of its past four games. Sophomore guard Francesca Pan leads the team in scoring at 13.4 points per game.

The Yellow Jackets were tabbed No. 9/6 in the ACC preseason polls after going 22-15 (5-11 ACC) and reaching the WNIT championship game a year ago.

After taking on Georgia Tech, Miami returns home to host Virginia Tech Sunday at 4 p.m., on senior day at the Watsco Center.