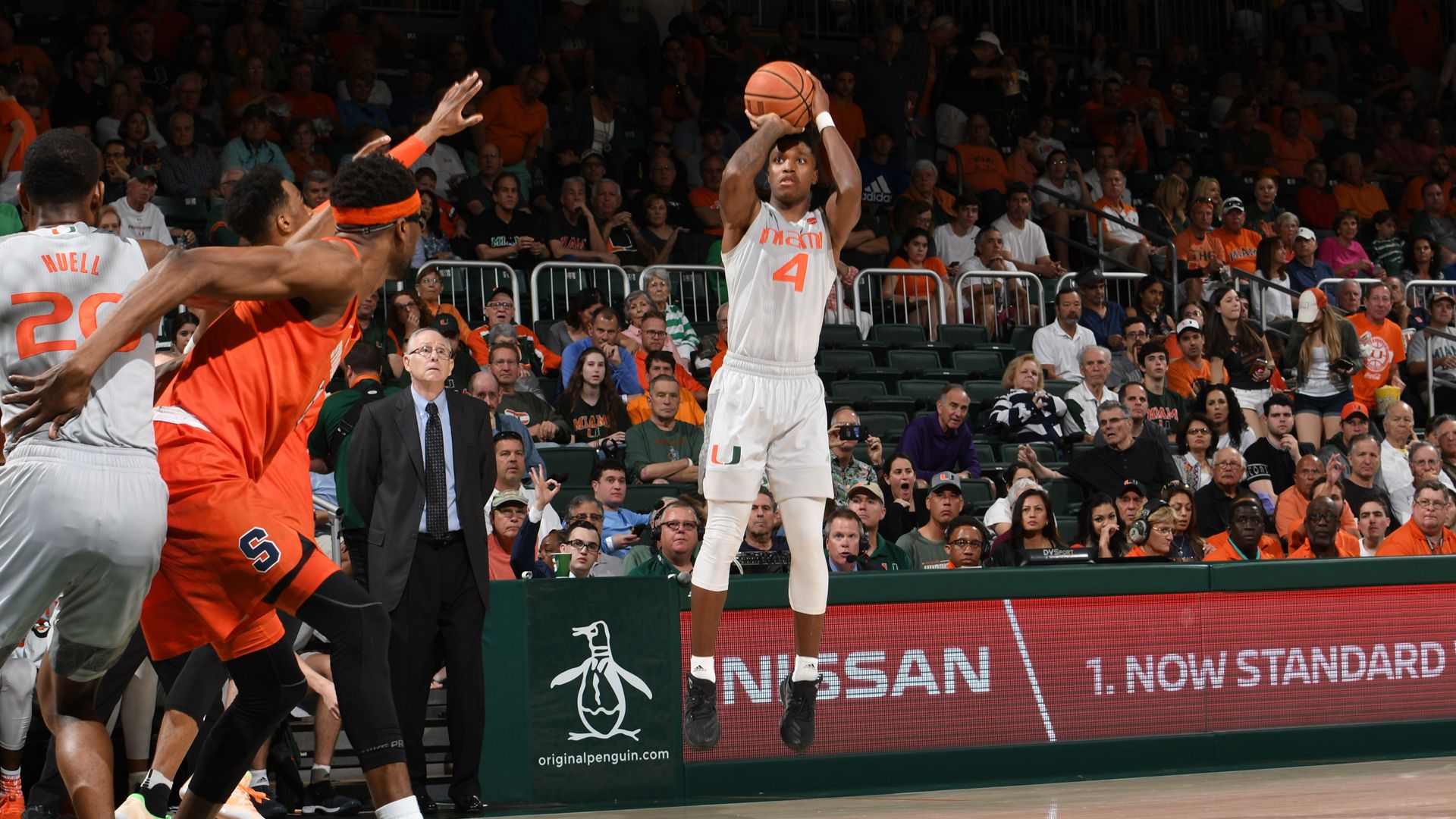 HurricaneSports.com
By Tom Symonds
CORAL GABLES, Fla. – Freshman guard Chris Lykes scored in double figures for the fourth straight game, finishing with a team-high 14 points, but it was not enough, as the University of Miami men’s basketball team dropped a 62-55 decision to Syracuse University Saturday afternoon at the Watsco Center.

With the loss, Miami (18-8, 7-7 ACC) has now dropped three straight games for the first time this season. Miami’s loss also was just its third at home this year.

The Hurricanes entered the game having won 36 of their last 40 games at the Watsco Center.

Miami fired right back and matched the run to tie the game at 43 apiece with 9:34 remaining. The Hurricanes connected on 6-of-8 shots from the floor, including three from long range. Senior Ja’Quan Newton paced the Canes during the stretch, as he scored five points during the run.

Syracuse reclaimed the lead thanks to a 9-2 run to open up a seven-point lead with 5:26 to go.

Miami cut Syracuse’s lead to three on three separate occasions down the stretch, but was not able to reclaim the lead.

Miami returns to action on Monday, as it heads to Notre Dame for its ESPN Big Monday showdown with the Fighting Irish. Tipoff is set for 7 p.m.