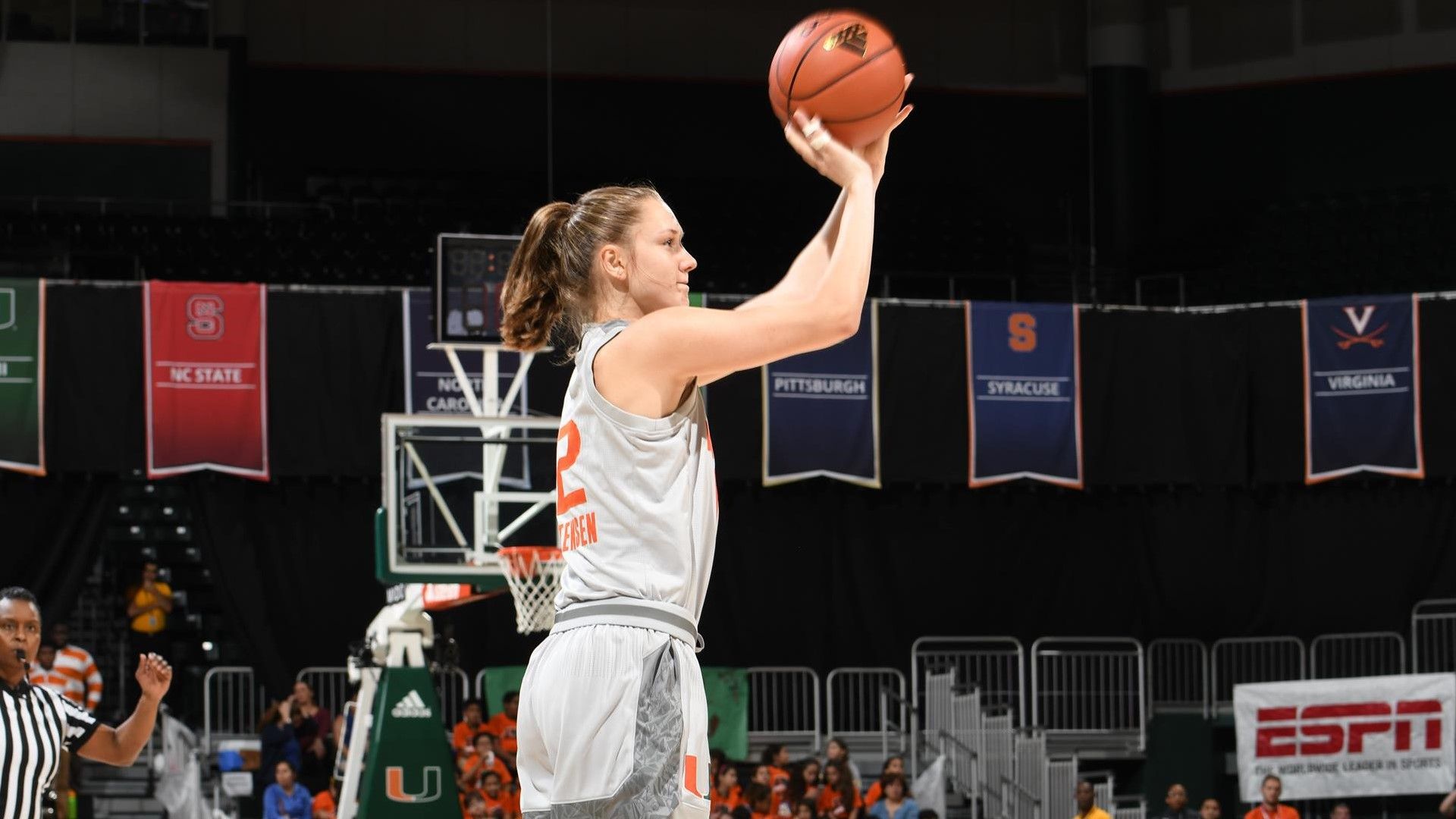 Miami (16-7, 6-4 ACC) squares off with the Wolfpack at 7 p.m., at the Watsco Center after playing four of its last six contests on the road.

Action will be broadcast on ACC Network Extra HERE, as well as carried live on WVUM 90.5 FM HERE. Live stats for the contest will be available HERE.

A chalk talk in the Hurricane 100 Room for season ticket holders is set for 5:45 p.m. The first 150 students in attendance will receive arm sleeves. Team posters and schedule cards will be available at the marketing table by the main entrance.

Miami is 10-10 against the Wolfpack after winning nine of the past 10 matchups. With a victory, the Hurricanes, who dropped the series’ first eight meetings, would take the all-time lead for the first time. Most recently, Miami registered a 67-64 road triumph on Jan. 5, 2017.

The Hurricanes head into the game having won five of their past six outings. Their last time on the court, they tallied a 92-72 win Sunday at North Carolina, topping the Tar Heels for the third year in a row. Senior forward/center Erykah Davenport notched her eighth double-double with 20 points and 11 rebounds.

NC State is 19-5 (8-3 ACC) thus far and is riding a co-conference-best seven-game winning streak. Senior forward Chelsea Nelson leads the Wolfpack in points (12.5) and rebounds (9.4) per game, the latter third-best in the league.

Following their game against NC State, the Hurricanes host No. 12/12 Florida State Sunday at 4 p.m., on ESPN2.