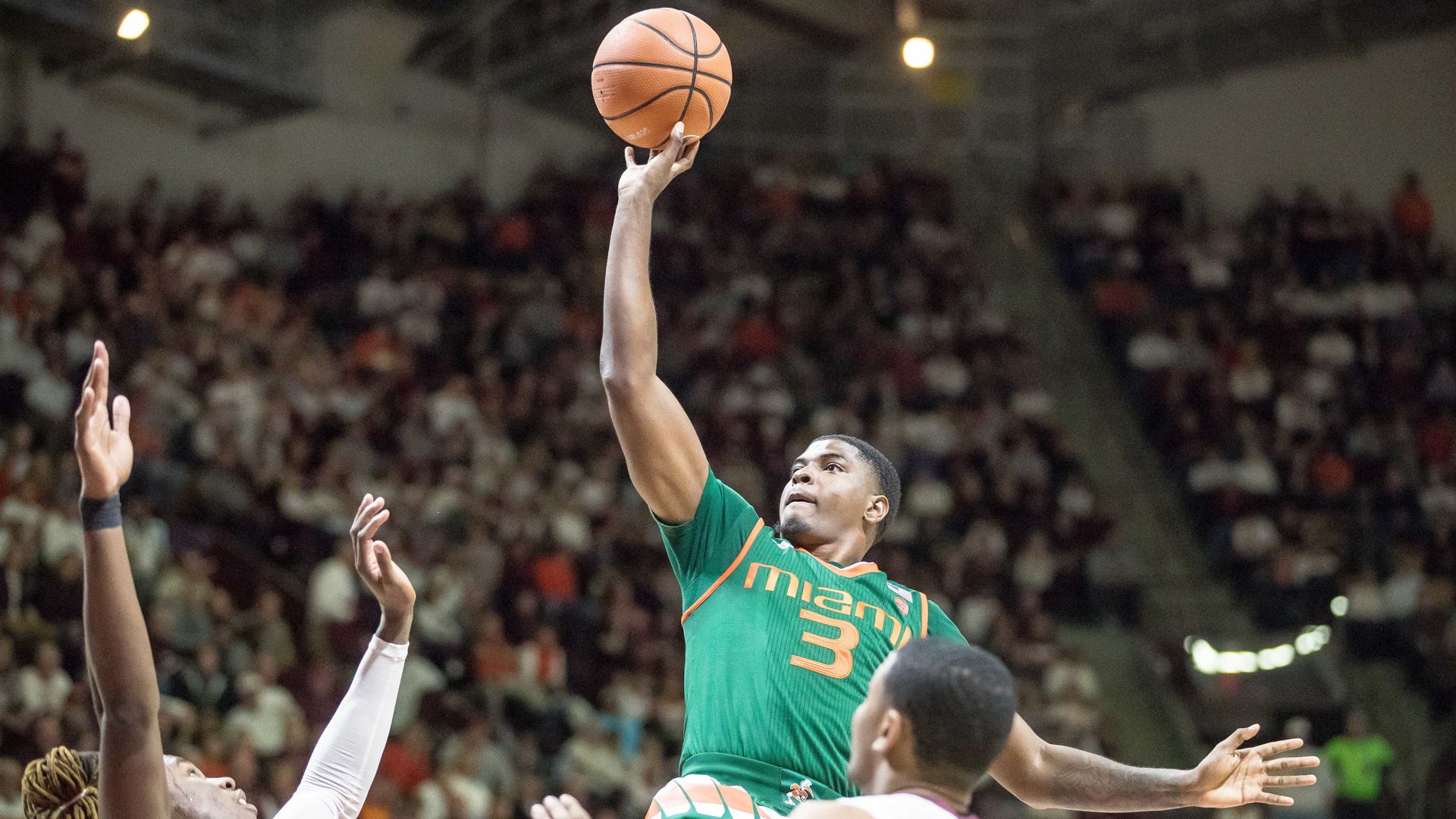 BLACKSBURG, Va. – Behind a career day from junior Anthony Lawrence II, the Miami men’s basketball team pulled out an 84-75 road win over Virginia Tech Saturday afternoon in front of a sellout crowd at Cassell Coliseum. Lawrence recorded a career-high 25 points and also racked up a career-best 13 rebounds as the Hurricanes (17-5, 6-4 ACC) picked up their sixth road win of the season.

Lawrence was 9-of-10 from the field and hit each of his three 3-point attempts. DJ Vasiljevic and Lonnie Walker IV each scored 14 points, while Ja’Quan Newton scored a dozen points and dished out four assists. Justin Robinson scored 22 points for Virginia Tech (16-7, 5-5).

After Virginia Tech started fast with an early 7-2 advantage, Miami rolled off 13 straight points and pushed its lead to as many as 16 points in the first half. The Hurricanes shot 58.6 percent in the first half, including 6-of-9 from 3-point range, and Lawrence scored 15 points in the opening stanza as the Canes took a 12-point lead, 44-32, into the break.

Miami scored the first four points of the second half and held the Hokies scoreless for nearly three minutes to begin the half, stretching its lead to 16, 48-32, before the Hokies scored eight unanswered points to cut the lead to 48-40 with 15:13 remaining.

The Hokies cut it to 66-63 before a Miami timeout with 3:51 left. Walker came up big on consecutive possessions, though. With the shot clock running down, he hit a contested 3-pointer for a 69-63 edge. Robinson drove for a layup, but Walker promptly answered with a jumper to push it back to 71-65. Robinson nailed a pair of free throws, but Lawrence’s running jumper pushed the lead back to six with 1:42 remaining and the Hokies would get no closer than four points the rest of the way.

Miami returns home Wednesday (Feb. 7) for a 7 p.m. game against Wake Forest at the Watsco Center. ESPN2 has the television broadcast. Fans wishing to attend home Miami basketball games this season are encouraged to use StubHub, the official secondary ticket market for Miami Athletics, to purchase single-game tickets.

Game Notes
Team
• Miami leads the all-time series, 21-14, and is 7-8 at Cassell Coliseum.
• Miami is 6-3 in true road games this year and 9-4 away from home.
• The Hurricanes’ 29 ACC road wins since the 2011-12 season ranks fourth among all ACC programs, behind only Duke and UNC (35) and Virginia (33).
• Miami improved to 42-2 under Jim Larranaga when scoring 80 or more points.
• Miami outrebounded Virginia Tech by 13 (41-28), its second highest margin of the season (15 against Pitt on Wednesday).
• The Hurricanes played without Bruce Brown Jr. for the second straight game. He had surgery on a left-foot injury on Thursday.