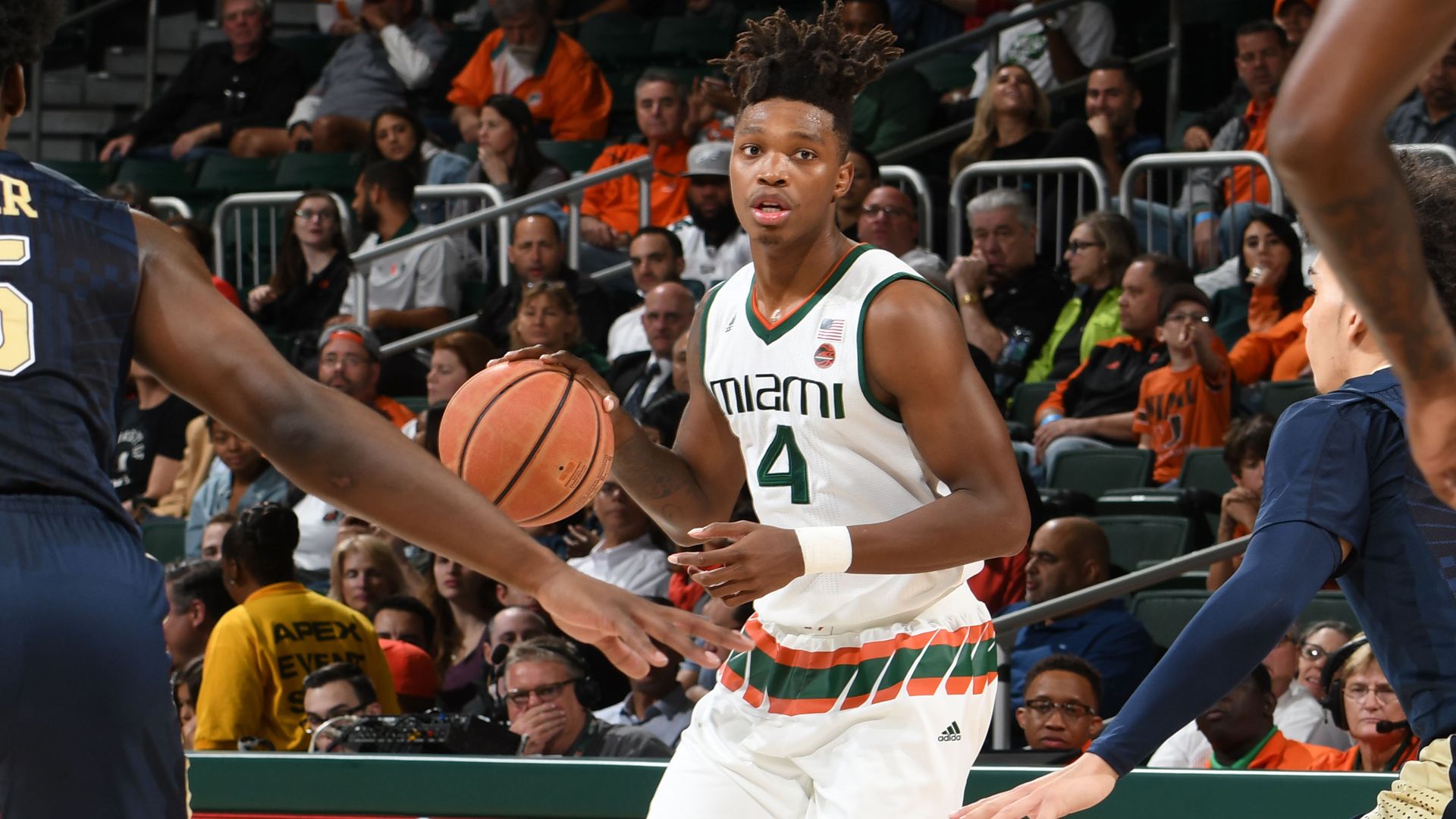 Walker’s 16-point output marked the sixth straight game he has scored in double figures and the 10th time he has done so this year.

Lawrence also chipped in with 10 rebounds to record his first career double-double. Lykes also starred running the point for the Hurricanes, as he dished out five assists to tie a career-best.

As a team, the Hurricanes held a commanding 39-24 advantage on the boards and held a 32-24 edge in points in the paint.

The Hurricanes took command early in the first half, as it led by double-digits for nearly half of the opening 20 minutes and never trailed. Miami took a 34-25 lead into the break. Sophomore DJ Vasiljevic led all Hurricane scorers with eight points, connecting on a pair 3-pointers.

Miami came out of the locker room and continued their strong play by opening up a 13-point lead with just under 16 minutes to go in the game.

The Panthers responded in a big way as they went on a 14-0 run and held the Hurricanes without a field goal for over six minutes to take a 44-43 advantage with 10:43 to go in the game. Pitt’s one-point advantage was their first lead of the game.

The Hurricanes stopped the Panthers run thanks to seven straight points from Walker, who connected on a pair of free throws, a layup and a deep 3-pointer to give Miami a comfortable 50-44 lead with 9:15 to go.

Miami’s defense tightened over the next six and half minutes, as the Hurricanes held Pitt to just a pair of field goals and opened up a 14-point advantage with 2:34 to go in the game.

Miami returns to action on Saturday (Feb. 3), as it heads to Blacksburg, Va., to take on Virginia Tech. Tipoff is set for 2 p.m.