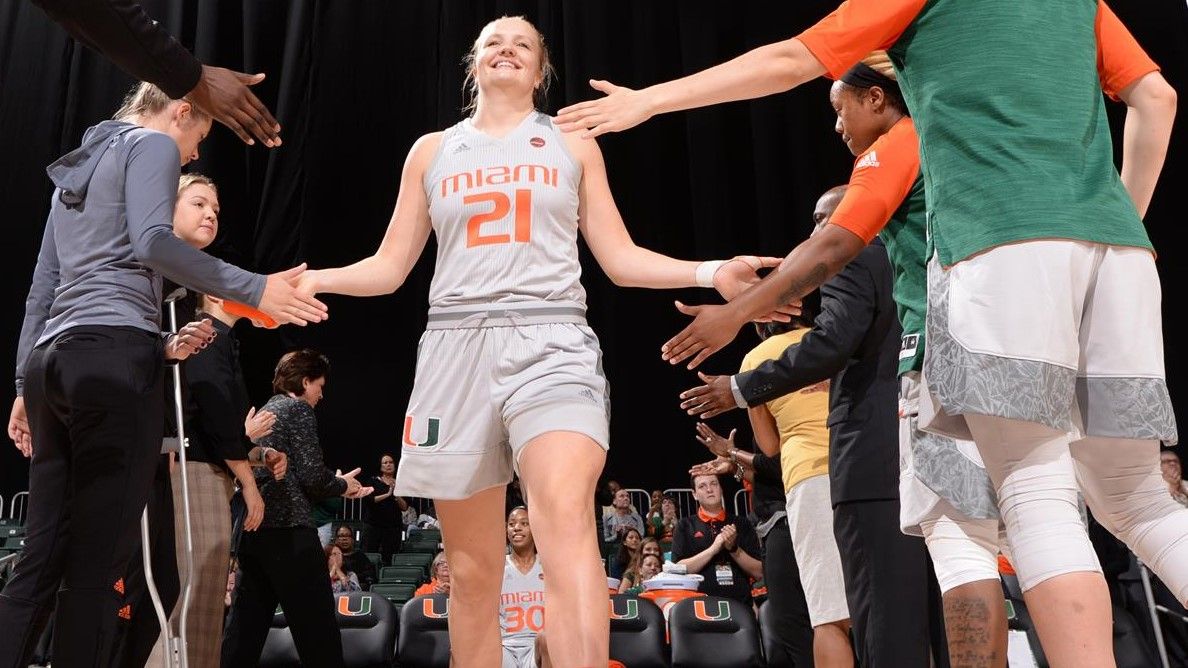 Action is set to tip off at 11 a.m., as Miami (14-6, 4-3 ACC) welcomes local youth to the arena for its second elementary school day of the season.

In conjunction with elementary school day, there will be instructional movement videos led by Miami spirit squad members beginning at 10 a.m. Team posters and schedule cards will be available at the marketing table by the main entrance.

Miami has a 1-3 mark through its four meetings with Louisville, dropping all three outings since the Cardinals joined the ACC. Louisville, which took the last contest, 63-59, at home on Jan. 15, 2017, is the only team the Hurricanes have shared the ACC or BIG EAST with and have not beat in conference play.

The Hurricanes, riding a three-game winning streak, are coming off a dominant defensive performance in a 65-43 triumph Sunday at Boston College. It was the fewest points Miami has ever allowed in an ACC road game and its fewest in any game since Dec. 6, 2016 versus Loyola Chicago.

Louisville is 20-1 (6-1 ACC) on the year and is coming off its first loss of the campaign, falling to then-No. 12/11 Florida State, 50-49, Sunday on its home court to snap the longest winning streak in program history.

Junior guard Asia Durr, the ACC Coaches’ Preseason Player of the Year in the conference, paces the Cardinals with 20.0 points per game, third-most in the league. Picked second in the ACC preseason poll, Louisville is coming off a 29-8 (12-4 ACC) showing in 2016-17 that included an NCAA Sweet 16 berth.

Following its meeting with the Cardinals, Miami hits the road for the first of two straight games, as it squares off with Virginia Tech Sunday at 2 p.m., in Blacksburg, Va.