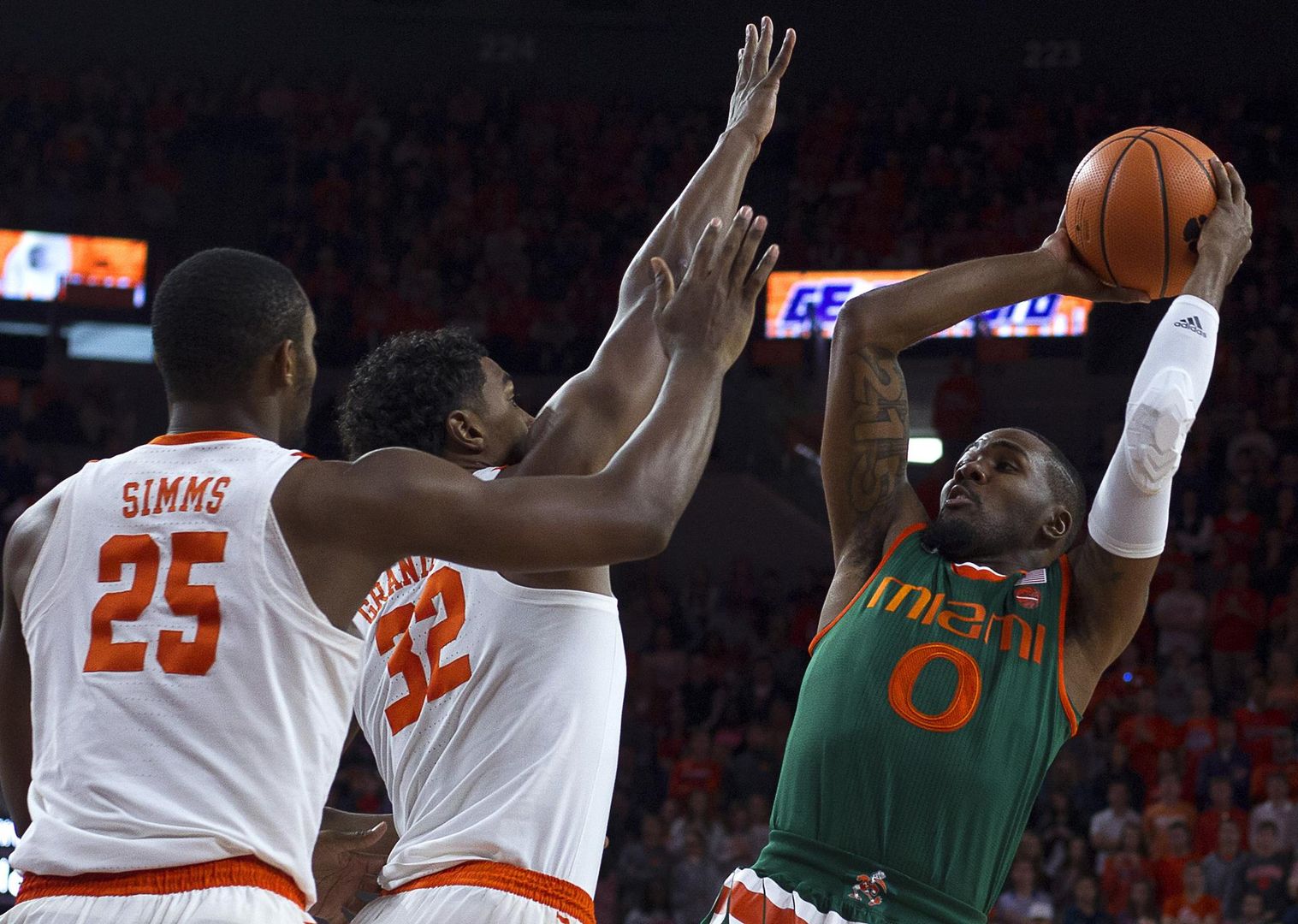 Miami hit 8 of its first 12 shots but struggled for the remainder of the first half, knocking down three of its final 13 attempts to trail, 34-30, at intermission.

After falling behind by as many as eight points early in the second half, Miami used a 10-2 run while holding Clemson scoreless for over five minutes to tie the game, 42-42, at the 12:59 mark. Back-to-back 3-pointers from Mark Donnal gave the Tigers a six-point lead and the momentum. The Canes clawed back to within two, 56-54, on a Walker 17-footer and again at 58-56 on a Huell putback slam, but back-to-back Clemson 3-pointers late gave the Tigers a commanding 9-point lead, 66-57, with just under a minute remaining.

Miami has a quick turnaround, playing No. 7/6 Duke at 7 p.m. Monday at the sold-out Watsco Center. ESPN will televise the game. Fans wishing to attend Miami basketball games this season are encouraged to use StubHub, the official secondary ticket market for Miami Athletics, to purchase single-game tickets.

• Miami trailed at the half for just the second time this season.

• Miami shot 38.1 percent, its third lowest output of the season.

• The Hurricanes turned the ball over eight times, matching a season low.

• Clemson hit 12 3-pointers, a season high for a Miami opponent (previous was eight). UM opponents were shooting 26.7 percent from 3-point range this season (Clemson was 12-for-21).

• Making his third career start, freshman Lonnie Walker IV scored 16 points while matching a career-high with 29 minutes of playing time. It marked his second-most points at Miami and his fifth game in double figures.

• Ja’Quan Newton scored four points and now has 1,005 for his career.