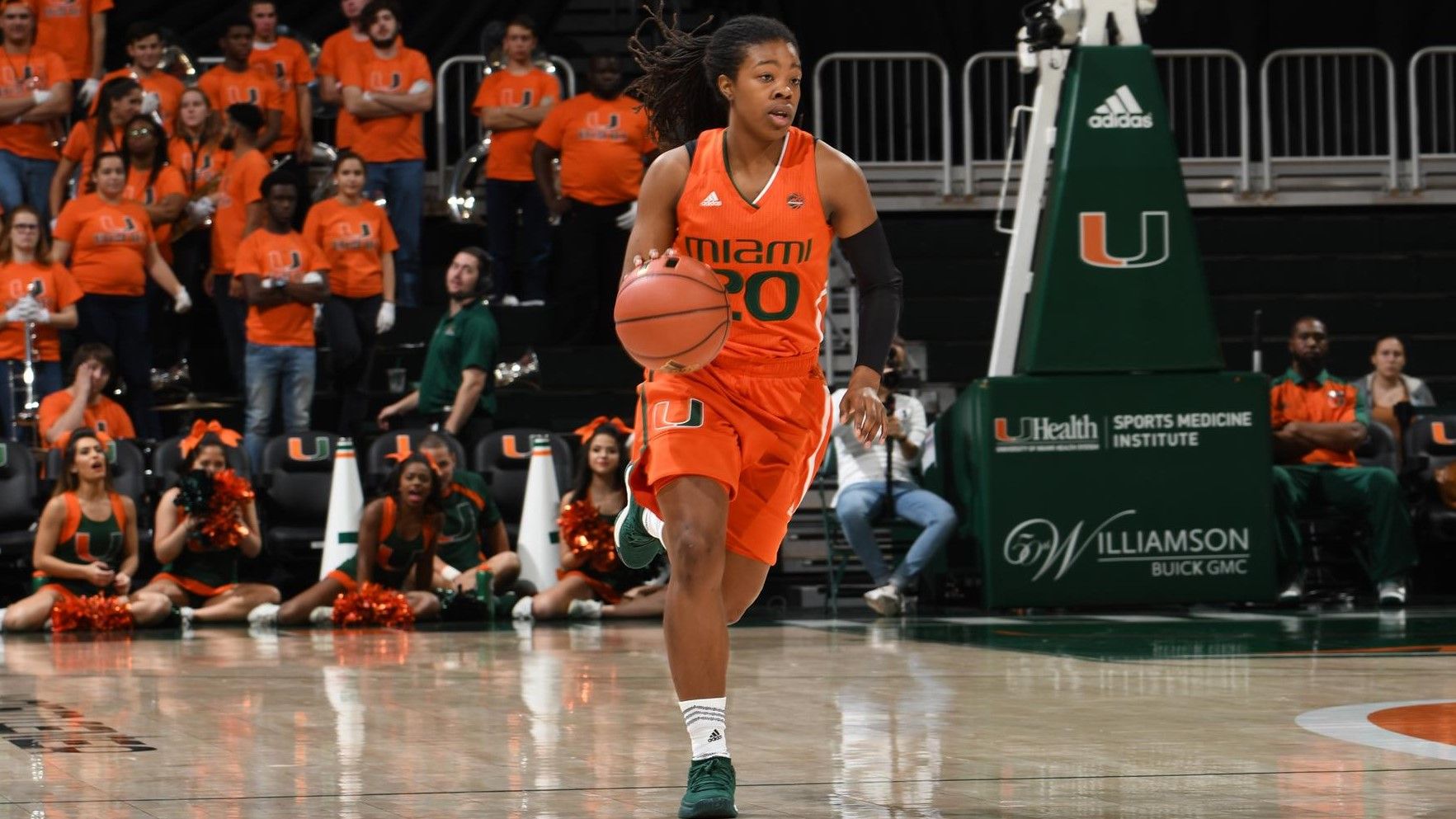 Tom Werme and LaChina Robinson will broadcast the game on RSN—the affiliate list is HERE—and it can be found on ACC Network Extra, subject to blackout, HERE. The action will also be carried live on WVUM 90.5 FM HERE and live stats for the contest will be available HERE.

The Hurricanes are 14-41 in the all-time series against Florida State, but have won two of the past four matchups. In their most recent meeting, Miami logged a 56-54 triumph over the second-seeded Seminoles in Conway, S.C., on March 3, 2017 in the ACC Tournament quarterfinals.

Its last time out, Miami dropped a 61-50 decision to Wake Forest Sunday at the Watsco Center. The Demon Deacons outscored the Hurricanes, 20-9, in the final quarter to earn the win. Junior forward/center Emese Hof posted 14 points in the defeat and redshirt senior guard/forward Shaneese Bailey added 10.

Florida State is 14-2 (2-1 ACC) on the year and is coming off a 76-69 loss Sunday at Syracuse. Senior forward Shakayla Thomas, the ACC Player of the Year by the ACC Coaches in 2016-17, leads the team in scoring at 18.4 points per game, fifth-best in the conference.

After going 28-7 (13-3 ACC) and reaching the Elite Eight a year ago, the Seminoles were picked fourth in the ACC preseason poll. They are the third team in the top four of the balloting Miami plays within in its first four conference games, splitting the prior two.

Following their matchup with the Seminoles, the Hurricanes will play their second straight road game Sunday in Clemson, S.C., at 2 p.m., against the Tigers.