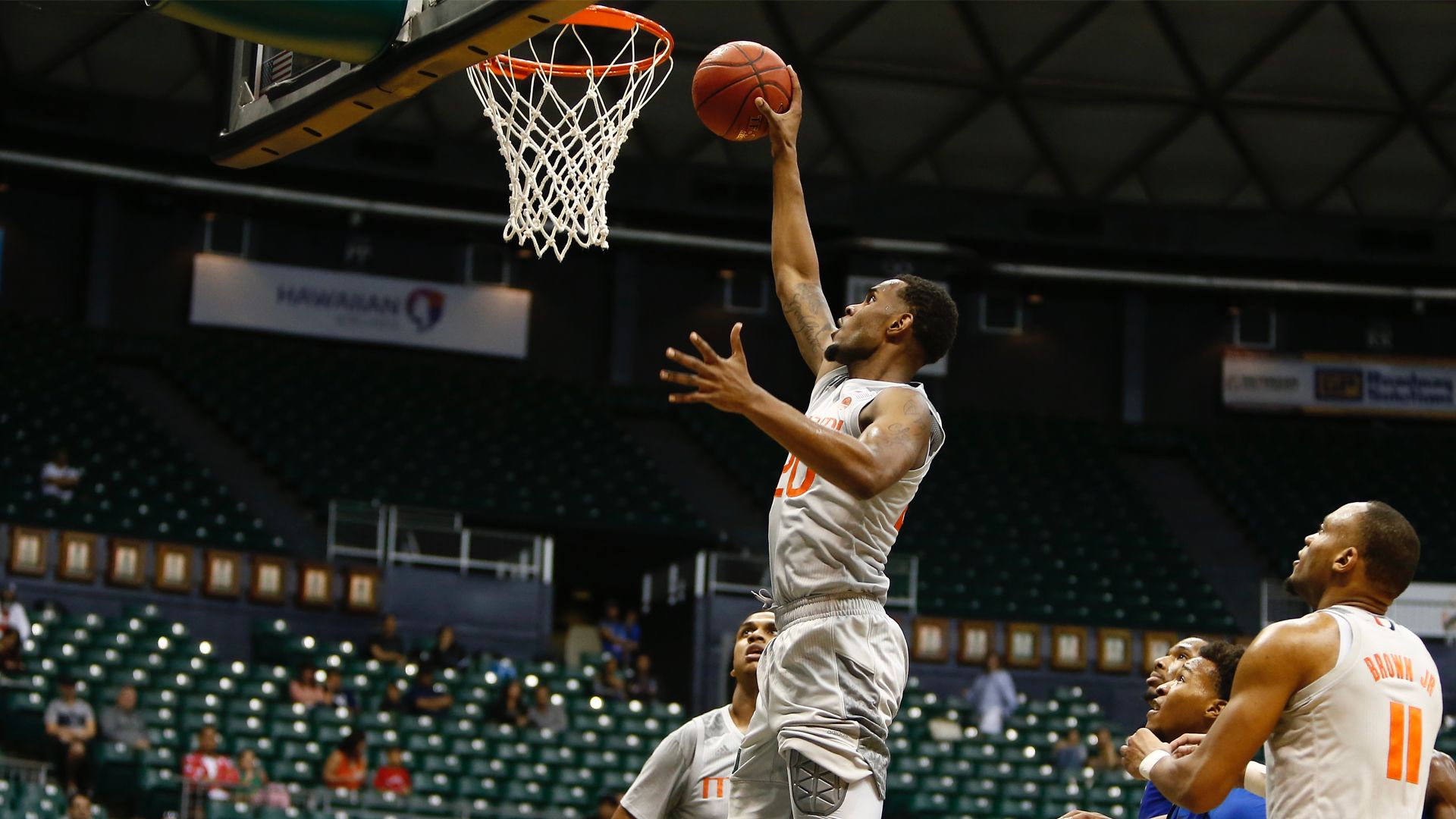 HONOLULU, Hawaii – The No. 15 Miami men’s basketball team battled past Middle Tennessee, 84-81, Monday night in the third-place game of the Hawaiian Airlines Diamond Head Classic at the Stan Sheriff Center in Honolulu. Miami (11-1) went 2-1 in the tournament as it wrapped up non-conference play for the 2017-18 regular season.

DJ Vasiljevic added 13 points for the Hurricanes, while Ja’Quan Newton had nine points and six assists. Nick King led all scorers with 28 points for Middle Tennessee (8-4).

Miami shot a season-high 60 percent (30-for-50), its best shooting performance in nearly five years. Middle Tennessee had a great offensive night of its own, hitting on 51.9 percent (27-for-52) of its attempts.

The teams went back and forth throughout a hot-shooting second half which featured eight lead changes and six ties. UM shot 73.9 percent in the half, with MTSU hit on 61.5 percent of its attempts.

Middle Tennessee pulled ahead 54-50 with 10:05 remaining, but Miami canned 11 of its final 12 field-goal attempts down the stretch to pull out the win. UM trailed 69-67 with 3:43 left before Anthony Lawrence II nailed a 3-pointer to give the Canes the lead for good.

Miami opens ACC play at 4 p.m. Saturday at Pittsburgh. The ACC Network has the television broadcast.

Individual
• Dewan Huell was named to the all-tournament team after scoring 21 points, his second career 20-point effort. He reached double figures for the 10th time in 12 games.
• Huell averaged 15.7 points and 6.0 rebounds in the tournament.
• Bruce Brown Jr. scored a season-high 20 points (previous was 17 vs. Princeton).
• Brown and Huell were the first Miami teammates to each score 20 points in a game since Ja’Quan Newton (21) and Davon Reed (20) against NC State on Dec. 31, 2016.
• DJ Vasiljevic scored 13 points and reached double figures for the eighth time in 12 games.
• Ja’Quan Newton scored nine points and now has 984 career points.
• Rodney Miller Jr. matched a season high with six minutes of action.