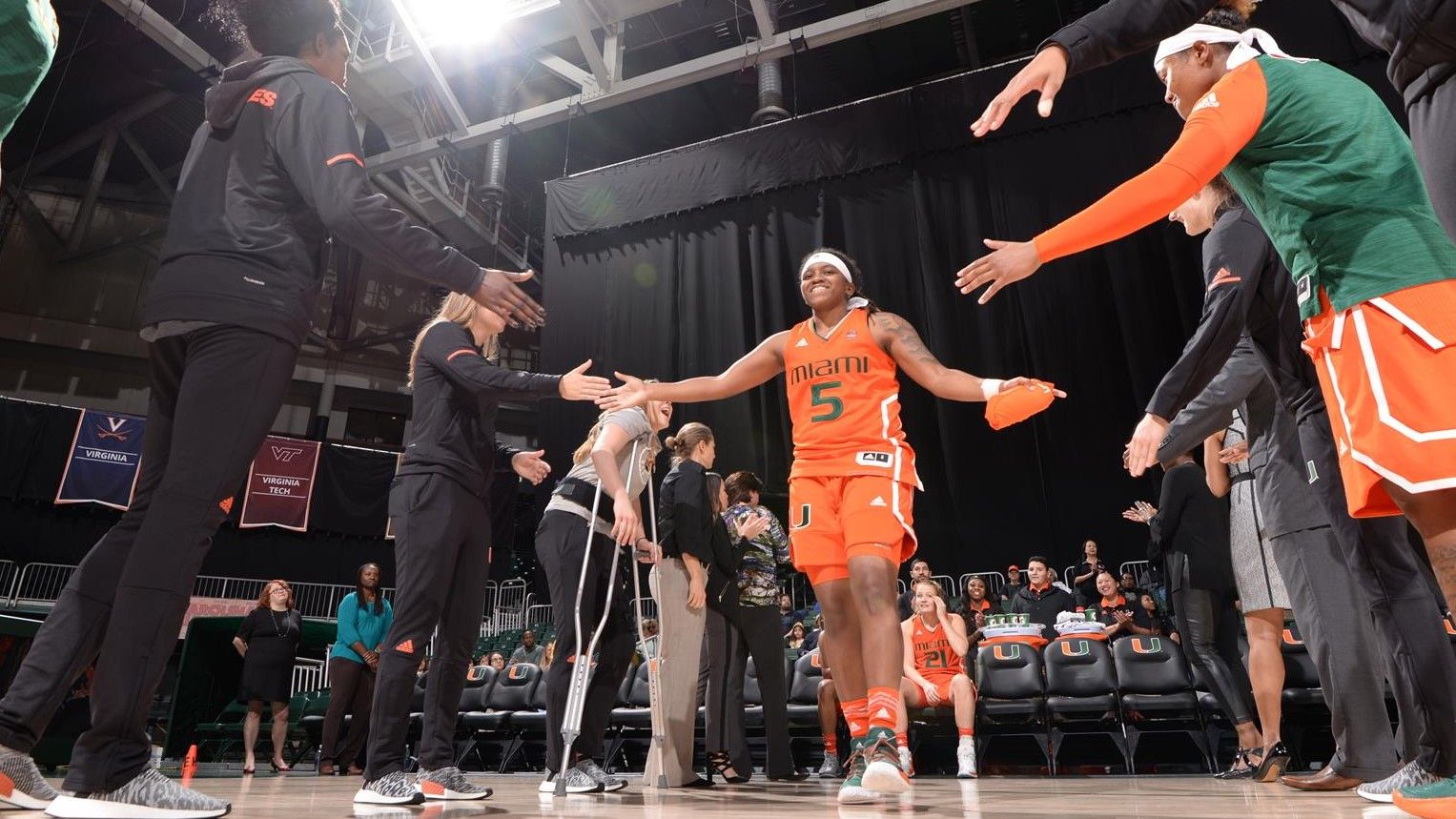 Miami (8-3) is set to face the Salukis at 1 p.m. ET at Coliseo Rubén Zayas Montañez to wrap up its play in the event.

The Hurricanes were originally supposed to play Kennesaw State Tuesday, but the Owls were unable to make the trip due to the power outage at Hartsfield-Jackson Atlanta International Airport.

Miami’s meeting with Southern Illinois is set to be broadcast on Facebook HERE, as well as carried live on WVUM 90.5 FM HERE.

The Hurricanes have played the Salukis just once before, earning a 70-61 home triumph exactly 22 years prior to this game, on Dec. 20, 1995.

In its Puerto Rico Classic opener, Miami registered an 82-56 win over Sacramento State, scoring a season high in points and holding the Hornets to their season low. Junior forward/center Emese Hof led the way with her second straight double-double, posting a game- and season-high 21 points to go along with a co-season-best 10 rebounds, which also tied freshman guard Endia Banks for the game high.

The Salukis are 5-5 after dropping their Puerto Rico Classic opener against Albany Tuesday. Senior guard Kylie Giebelhausen leads the team in scoring at 13.0 points per contest. After going 16-15 (10-8 MVC) and playing in the WNIT last year, Southern Illinois was picked to finish fourth in the Missouri Valley Conference this season.

After returning home to Coral Gables, Fla., the Hurricanes will conclude non-conference action Dec. 28 when they host Bethune-Cookman at 7 p.m.