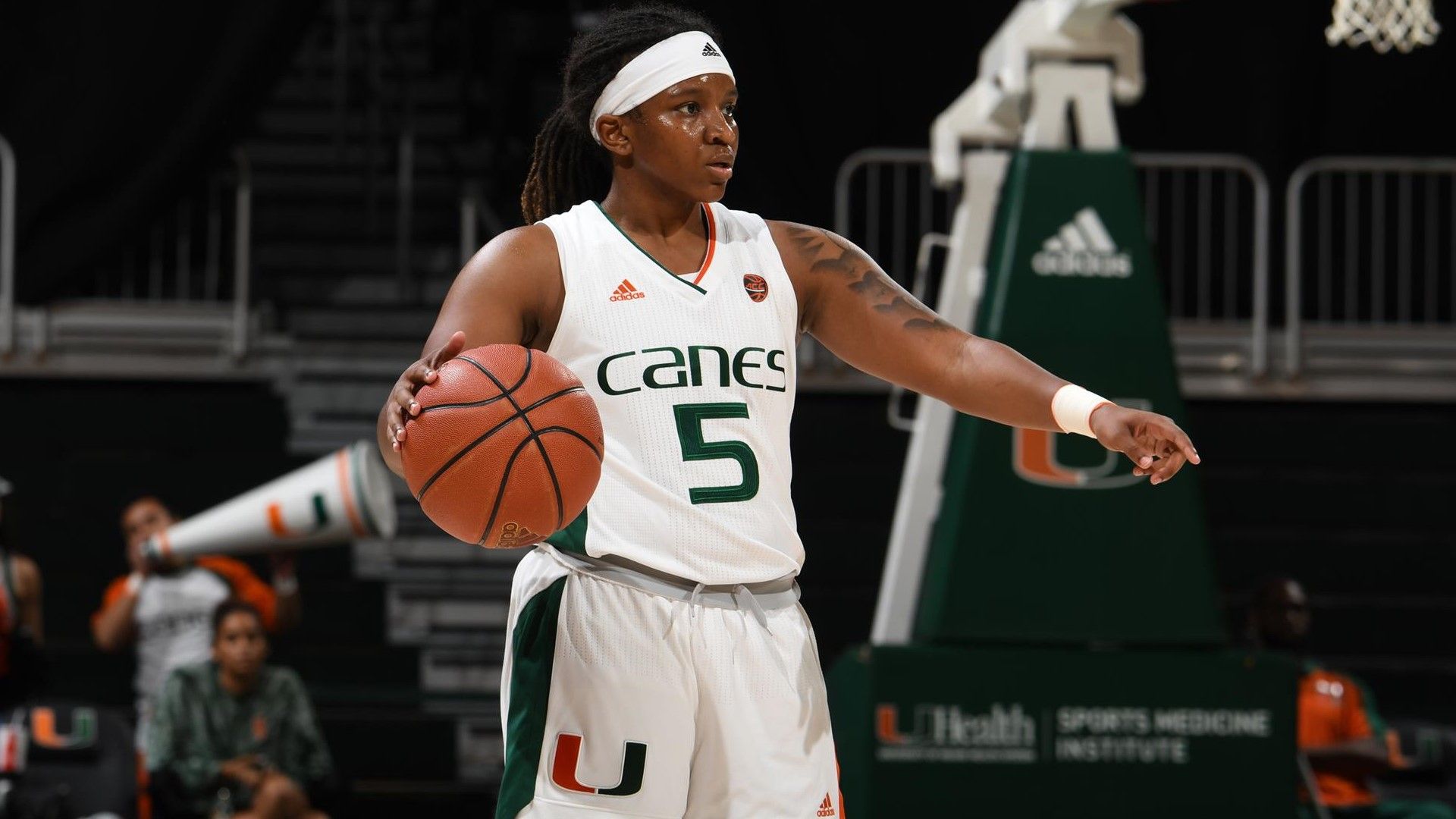 CORAL GABLES, Fla. – For the second time in the first three weeks to open the 2017-18 season, Mykea Gray of the University of Miami women’s basketball team has been named ACC Rookie of the Week, as announced Monday by the league office.

A 5-foot-4-inch freshman guard, Gray also won the award Nov. 13, after the first two games of her collegiate career.

The Upper Marlboro, Md., native extended her streak of double-digit scoring games to six in a row to open her career. She notched her third 20-point outing against No. 15/15 Maryland, posting a team-high 21 points and tying her season best with eight made field goals.

The only other Hurricane to win ACC Rookie of the Week multiple times was Shenise Johnson, who did so on three occasions during the 2008-09 season. Both of Gray’s honors have come before Johnson won her first distinction of the campaign.

Prior to Miami’s days in the ACC, Tamara James (five times in 2002-03) and Holly Rilinger (four times in 1992-93) earned BIG EAST Freshman of the Week recognition multiple times in a season.

Gray and the Hurricanes will be back in action Thursday at 7 p.m., when they host Michigan State in the Big Ten/ACC Challenge.