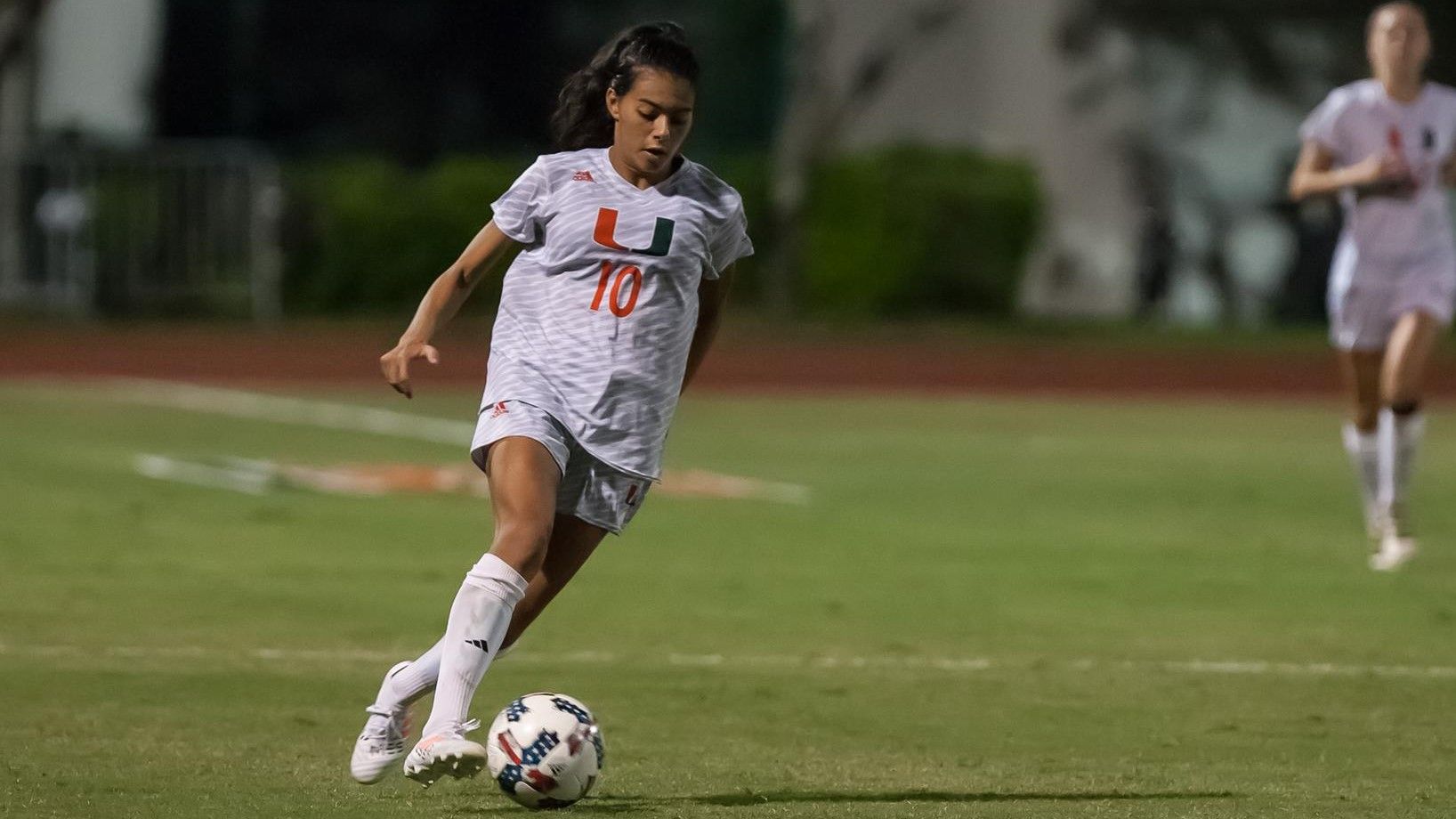 CORAL GABLES, Fla. – For the fourth time in eight months, Kristina Fisher of the University of Miami soccer team is taking part in a U.S. Soccer youth training camp.

The sophomore midfielder is participating in a U-20 camp that runs from Nov. 16-23 in nearby Sunrise, Fla.

“I am really excited that Kristina is getting another opportunity to showcase her talent at the next level,” Miami head coach Mary-Frances Monroe said. “I am thrilled that she represents the University of Miami women’s soccer team.”

Fisher previously tripped to a pair of U-23 camps this year, the first in Orlando, Fla., in April and the other in Seattle three months later. In between, she competed at a U-19 camp in Carson, Calif., in May.

A native of Jupiter, Fla., Fisher attended four U.S. youth camps before coming to Miami, two each at the U-15 and U-14 age levels.

Fisher is one of two Hurricanes to start all 35 matches over the last two seasons. She earned All-ACC Academic Team and ACC All-Freshman Team honors in 2016, plus was named the NSCAA College Player of the Week on Aug. 23, 2016.

The attacking standout has notched nine goals and 11 assists in her career thus far, totaling 29 points through two seasons. Fisher has led Miami in assists both of her years on the team and has ranked top-three in goals and points in each campaign, too.