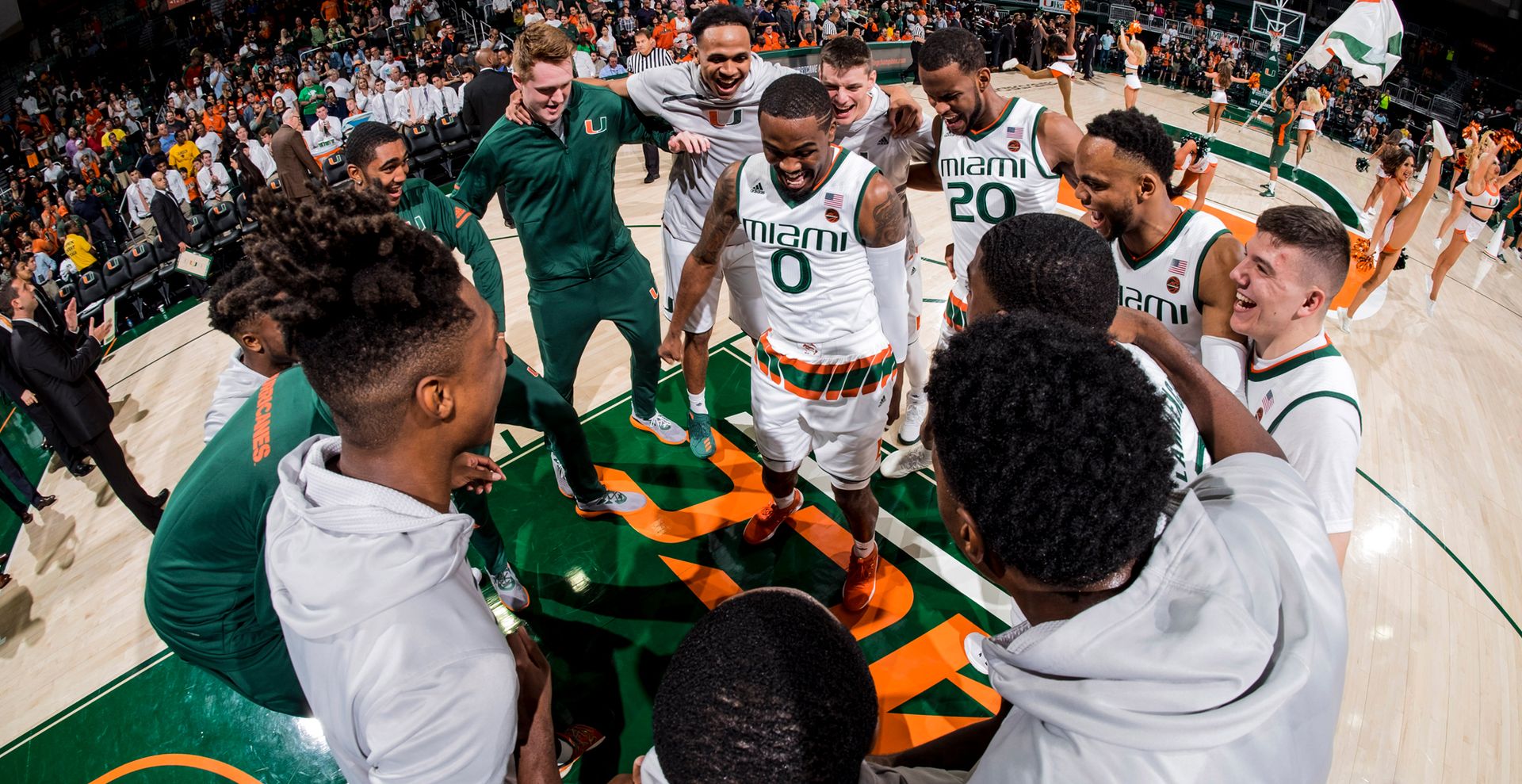 CORAL GABLES, Fla. – Five Hurricanes scored in double figures to lead the No. 13/12 University of Miami men’s basketball team (2-0) to a convincing 89-55 win over the Navy Midshipmen Sunday afternoon at the Watsco Center.

With the win, Miami improved to 44-18 as a ranked team under the direction of head coach Jim Larrañaga. The win also handed the Hurricanes their 29th win in their last 31 games at the Watsco Center.

Miami outshot Navy 55 to 33 percent and outrebounded the Midshipmen 42-33. The Hurricanes also held a commending 50-26 lead in points in the paint.

Dejan Vasiljevic led all Miami scorers with a game-high 16 points on 5-of-10 shooting. The sophomore guard also pulled down three rebounds and had a co-team high two steals.

The Hurricanes opened the game on a 9-0 run and never looked back. Navy fought back to trim Miami’s lead to eight points with 13:45 remaining in the first half, but that was as close as the Midshipmen would get for the remainder of the game.

Coming out of the locker room, Miami increased its lead to 19 points through the first four minutes of the second half. The Hurricanes finished the game on a high note, holding Navy to just five points in the final five minutes of the game.

Miami returns to the hardwood on Thursday night at home against Florida A&M. Tip-off is set for 7 p.m., and can be seen live on ACC Network Extra.

Game Notes
• This marks Miami’s first-ever win over Navy; the series is now tied 1-1.
• Miami improved to 44-18 as a ranked team under Jim Larrañaga.
• Miami has won 29 of its last 31 games at the Watsco Center.
• Miami did not trail in the game and has not trailed for the last 72:41 of game time over the past two games.
• Miami hit nine of its first 14 field-goal attempts to jump to an early 20-7 lead just 7:03 into the game.
• Dewan Huell recorded his first career double-double with 14 points and 10 rebounds. He matched a career high in boards and fell one point shy of his career best
• With 16 points, Dejan Vasiljevic was two shy of his career high.
• Miami put five players in double figures in scoring for the second straight game.