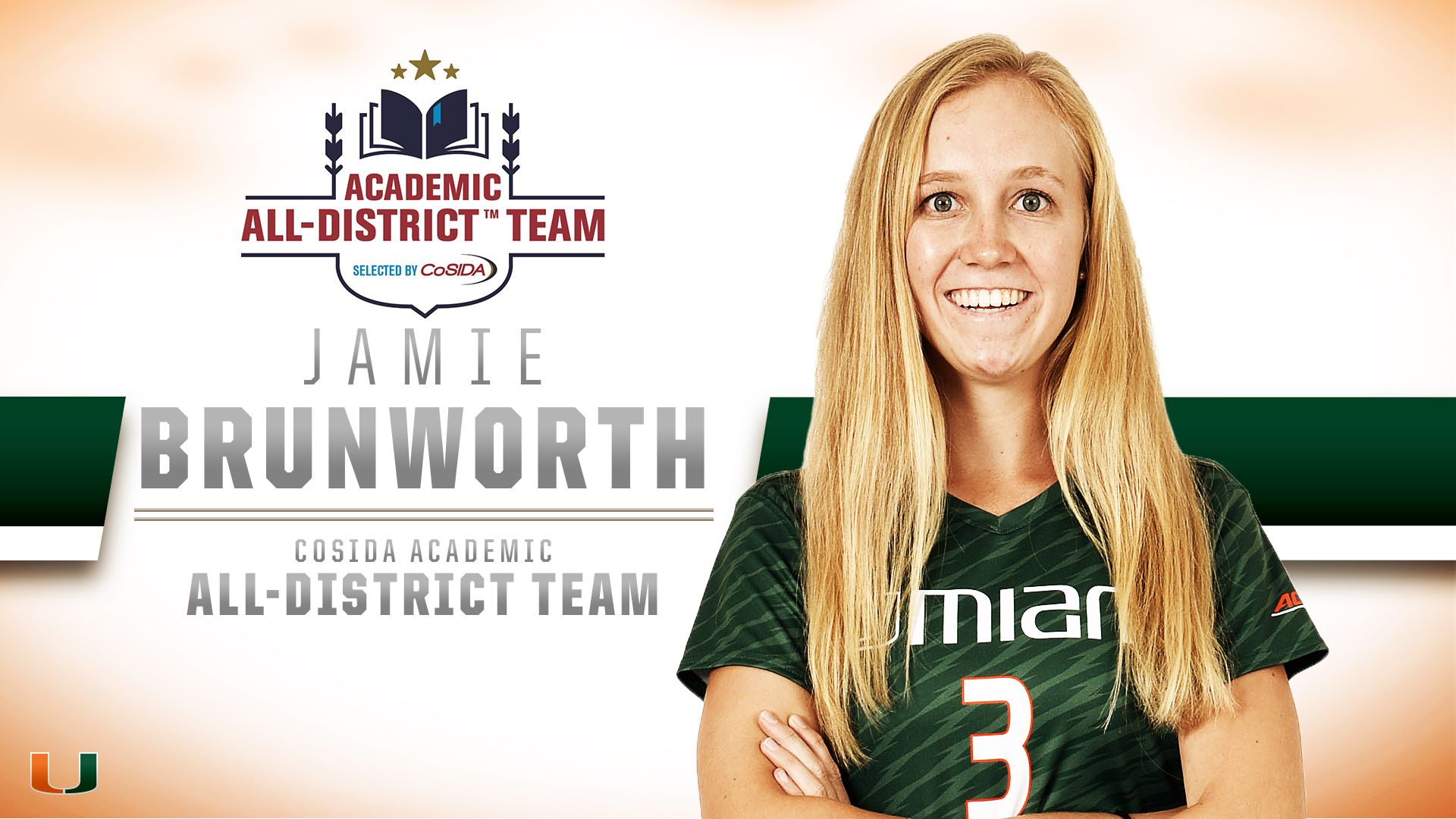 The junior midfielder is the second Miami player to earn the distinction in as many years, following Emily Auld in 2016.

“I am really excited that Jamie will be honored as a member of this prestigious team,” Miami head coach Mary-Frances Monroe said. “She has worked so hard on the soccer field and is just as successful in the classroom. This is well deserved.”

This is the ninth time a Hurricane has garnered CoSIDA Academic All-District honors, including the second time in District 4.

In all four of her semesters at Miami, Brunworth has earned Provost’s Honor Roll accolades, given to students with a GPA of at least 3.75.

A Littleton, Colo., native, Brunworth started all 16 of Miami’s matches in 2017, tallying seven points. She scored on two of her three shots on goal and added a trio of assists.

???????Brunworth has logged over 2,000 minutes of action in her three years with the Hurricanes, recording three goals and seven assists across 46 matches.

As one of 16 honorees from District 4, Brunworth is now eligible for CoSIDA Academic All-America recognition.