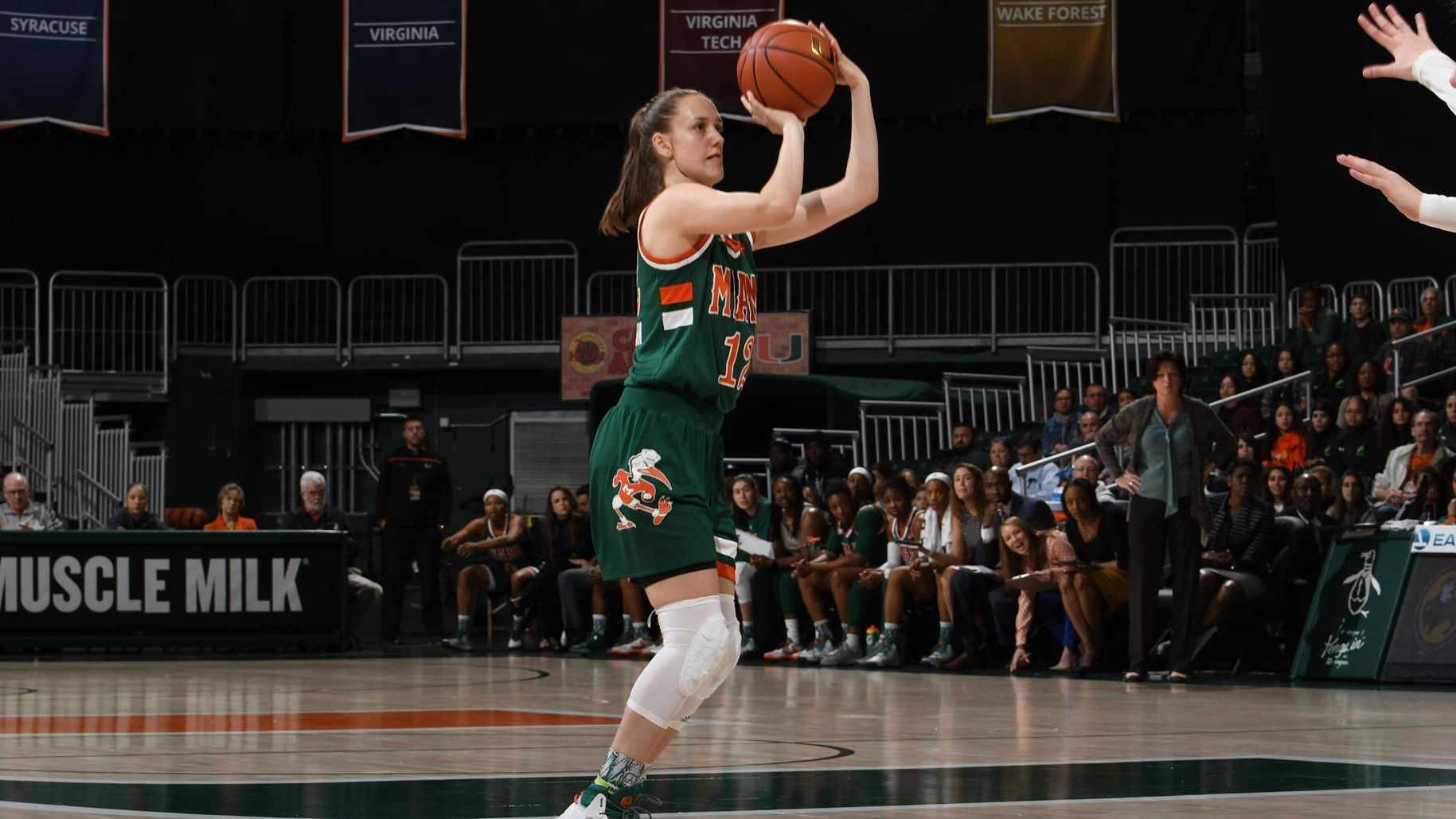 The Hurricanes, ranked No. 24 in the USA TODAY Coaches Poll, are set to host FIU at 6 p.m. It is the front end of a doubleheader at the Watsco Center, as the Miami men’s team faces Gardner-Webb at 8 p.m.

Miami is 35-22 all-time against FIU, both playing and defeating the Panthers more than any other opponent. The Hurricanes have won the past three meetings, earning a 69-49 road victory on Dec. 16, 2016 in last year’s contest.

Led by 2017 UM Sports Hall of Fame inductee Katie Meier, now in her 13th season at the helm of the Hurricanes, Miami was picked fifth in the ACC by the Blue Ribbon Panel and eighth by the ACC Coaches.

The Hurricanes went 24-9 (10-6 ACC) a year ago, the second straight year they posted that record. Miami has nine letter winners back this season, including a pair of starters.

The Miami-Dade County showdown will be broadcast on ACC Network Extra HERE, as well as carried live on WVUM 90.5 FM HERE. Live stats for the contest can be found HERE.

The first 100 students in attendance at the game receive a free shirt and it is military appreciation night at the Watsco Center. Team posters and schedule cards will be available at the marketing table by the main entrance.
At the conclusion of the contest, fans who wish to remain in the arena for the men’s game can do so and sit in any unoccupied seat.

Following its meeting with FIU, Miami returns to action Sunday at 2 p.m., when it welcomes Vermont to Coral Gables.