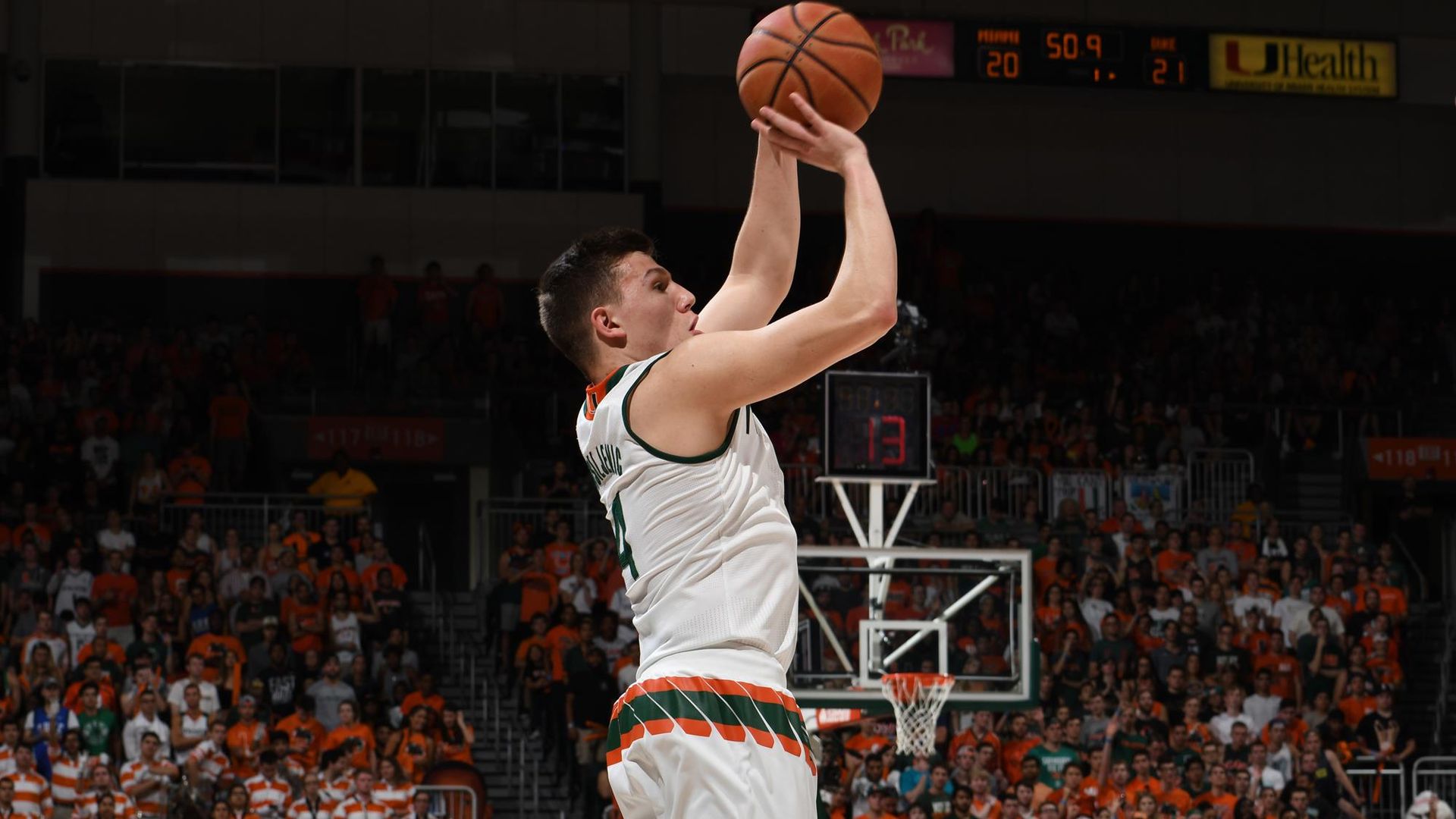 Canes Cruise to 106-79 Win Over Newberry

CORAL GABLES, Fla. – Three Hurricanes finished in double figures to lead the University of Miami men’s basketball team to a convincing 106-79 win over Newberry College Wednesday night at the Watsco Center in the team’s lone exhibition game of the year.

Sophomore guard Dejan Vasiljevic led all scorers with 30 points, as he connected on 10-of-14 shots from the field, including 8-of-11 from 3-point range. Vasiljevic also pulled down a game-high seven rebounds.

“It’s the game we needed as a team,” Vasiljevic said. “They play a different style of tempo, so it give us a lot of conditioning, a lot of running, we just needed to get the cobwebs out and we did that, so now it’s time for the season opener.”

Sophomore Bruce Brown, Jr., also chipped in, as he totaled 19 points after he went 8-of-11 from the field. He added a co-game-high eight assists. Fellow sophomore Dewan Huell also finished in double figures, as he netted 12 points on 6-of-8 shooting.

“Just what the doctor ordered,” Head Coach Jim Larrañaga said. “They’re a team that played very hard and pressured us and forced us into a lot of mistakes. It’s something we’ve been working on, but obviously we have a lot of work ahead of us. I thought that the first group did a great job. DJ got us off to a great start. The guys just found him and he buried shots, so we were able to get kind of a commanding lead early in the game. They made a nice run at us and we did a good job of holding them off in the second half.”

Miami held a commanding 52-12 advantage in points in the paint and outshot Newberry 63.6-37.5 percent. The Hurricanes also outrebounded Newberry by a 44-24 count.

The Hurricanes opened the game on a 15-0 run over the course of the first four minutes. Thirteen of those 15 points came from Vasiljevic, as he connected on three shots from long range.

Newberry got on the board at the 16:11 mark of the first half, but the Canes responded with back-to-back 3-pointers from Vasiljevic. The Australia native led the way for Miami in the first half, scoring 22 points on 8-of-11 shooting, including 6-of-9 from 3-point range.

The Wolves fought back to close within 10 points at the 12:07 mark of the first half, but Miami would once again respond, as it went on a 10-0 run in less than two minutes to open up a 38-18 advantage.

The Hurricanes went on to lead by as many as 26 points in the first half and took a commanding 24-point lead (65-41) into the locker room.

Miami shot 52.6 percent from the floor in the first half and limited Newberry to just 37.1 percent shooting.

Miami and Newberry traded baskets over the first four minutes of the second half, but the Hurricanes’ lead never dipped below 20 points in the final 20 minutes.

Miami opens the regular season at home on Nov. 10 against Gardner-Webb with tipoff set for 8 p.m., and will be broadcast on ACC Network Extra.