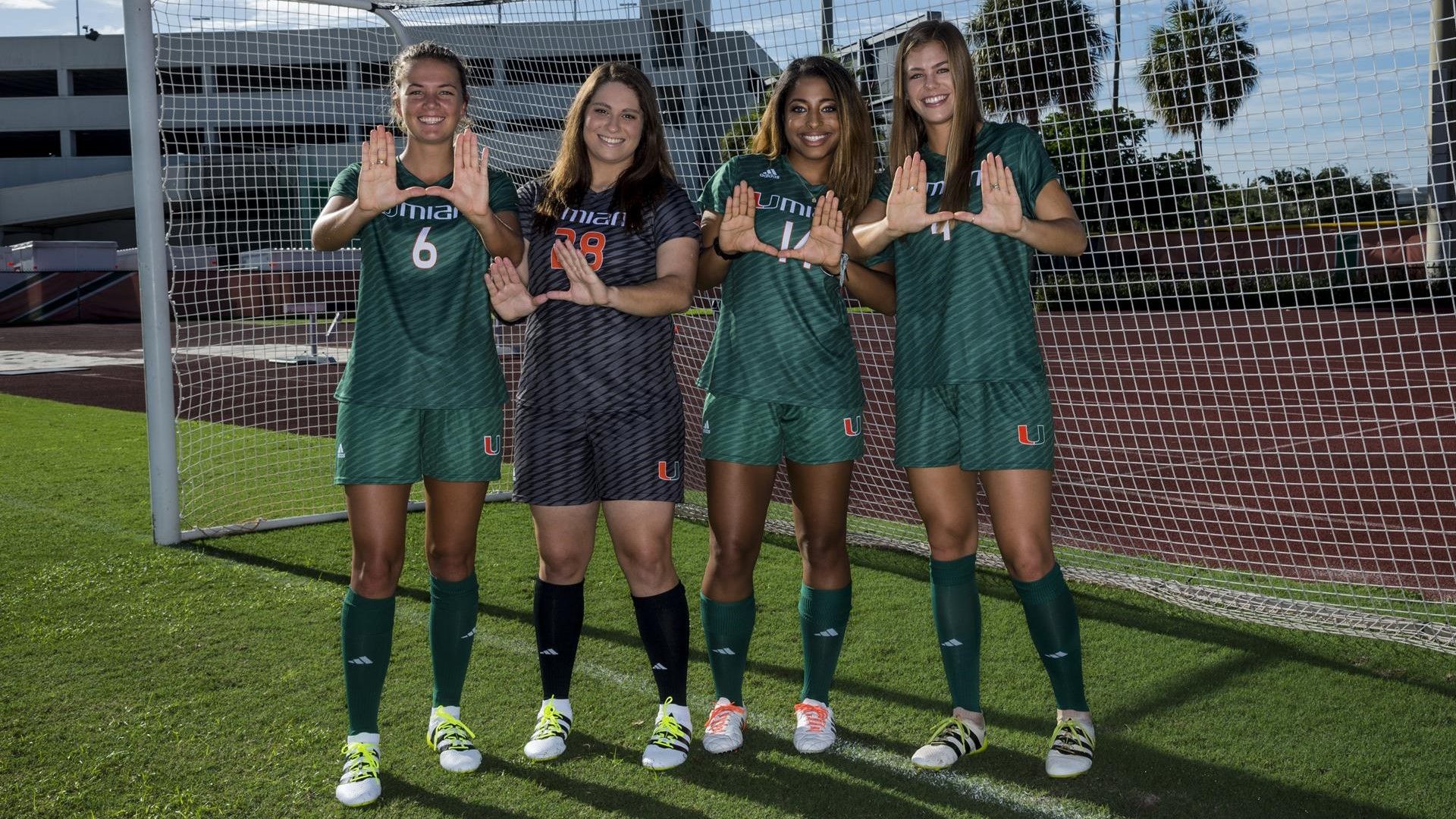 The Hurricanes and Fighting Irish will square off at noon at Cobb Stadium as part of a Miami-Notre Dame doubleheader in Coral Gables. The two schools also meet in volleyball at 2 p.m.

Each of the last four meetings between Miami and Notre Dame have been shutouts, with the Hurricanes winning at home in both 2013 and 2015. In 2013, the Fighting Irish were ranked third and Miami won, 2-0, and in 2015 Notre Dame was No. 14 and the Hurricanes earned a 1-0 victory in double overtime.

Miami is 5-9-0 (1-7-0) on the season and is coming off a scintillating 3-0 victory of Pittsburgh Thursday night. The Hurricanes notched all of their goals in the second half, with two coming off the foot of senior/midfielder Grace Rapp and the match-winner courtesy of sophomore midfielder Lauren Markwith.

Notre Dame sports an 8-5-3 (4-3-1 ACC) record in 2017 and is currently receiving votes in the national rankings after opening the year at No. 18 in the country. Last year, the Fighting Irish went 13-3-5 (7-1-2 ACC), shared the conference regular season title and made the NCAA Championship for the 24th straight campaign.

The action between Miami and Notre Dame will be broadcast live on ACC Network Extra HERE, while live stats will be available HERE.

As is the case with all home matches, entry to Thursday’s game is free to all fans. The first 200 students will receive UV-activated t-shirts at the marketing table, which will also have team posters.

After taking on Notre Dame, the Hurricanes conclude the 2017 season Thursday at 7 p.m., against No. 15 Wake Forest in Winston-Salem, N.C.