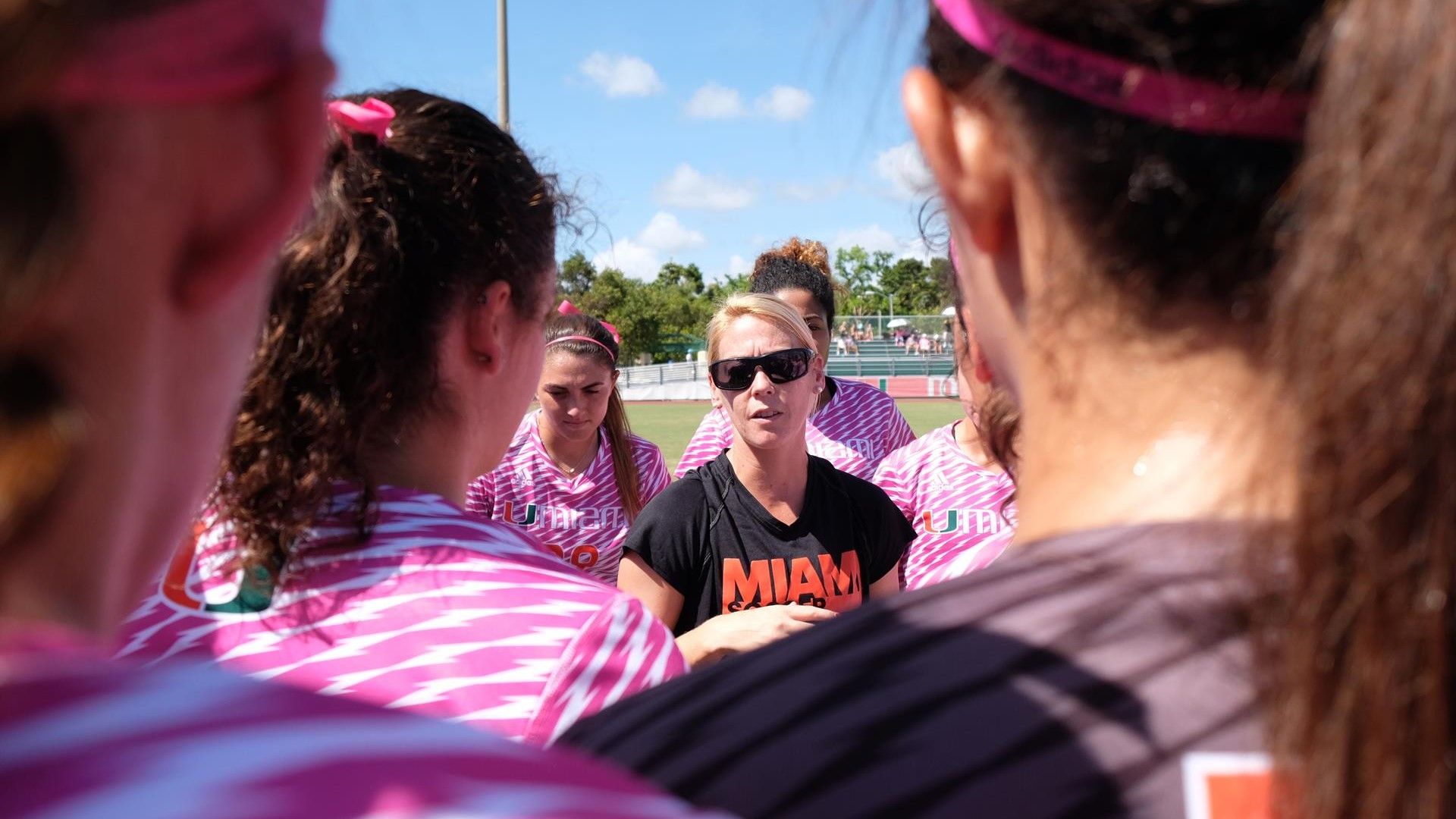 The Hurricanes take on Pittsburgh at 7 p.m., at Cobb Stadium in their second-to-last home match of the 2017 campaign.

Miami is 4-2-0 all-time against the Panthers, including 1-1 at home and 1-1 since Pittsburgh joined the ACC in 2013. The Hurricanes have won three of the past four matchups in the series, dating back to 2003. The last five meetings have been decided by one goal, with the past four all being 1-0 final scores.

The Hurricanes head into Thursday’s match with a 4-9-0 (0-7-0 ACC) mark on the year, dropping 1-0 decisions in five of their outings. Redshirt junior goalkeeper Phallon Tullis-Joyce has posted at least five saves in every conference match and leads the ACC with 5.38 stops per outing.

The affair between the Hurricanes and Panthers will be broadcast live on ACC Network Extra HERE and live stats for the contest can be found HERE.

As is the case with all home matches, entry to Thursday’s game is free to all fans. The first 250 students will receive Sebastian the Ibis cooling towels at the marketing table, which will also have team posters.

Following its meeting with the Panthers, Miami will wrap up the home slate Sunday at noon against Notre Dame on senior day at Cobb Stadium.