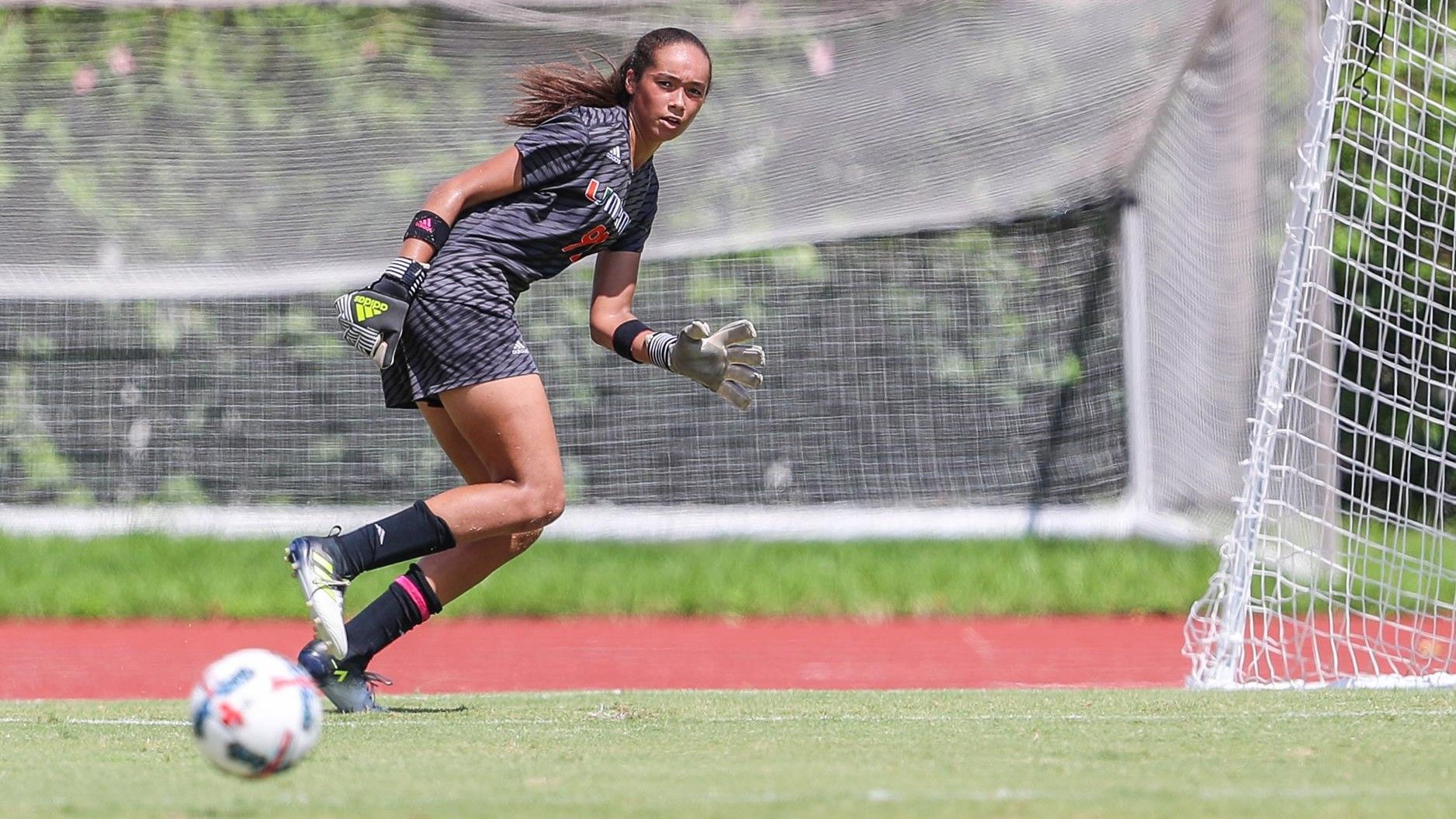 The Blue Devils scored all their goals in the second half, including two in a six-minute span, to register their 14th consecutive victory, extending the longest winning streak in program history.

“Our first half was very good. We were very organized,” Miami head coach Mary-Frances Monroe said. “Phallon [Tullis-Joyce] came up big-time saving a PK. Jamie [Brunworth] was very mobile in our midfield and had one of her best games.”

Duke (14-1-0, 7-0-0 ACC) junior defender/midfielder Chelsea Burns had the best scoring chance of the first half, when she stepped to the spot for a penalty kick in the 14th minute.

Tullis-Joyce proved to be up to the task for Miami (4-9-0, 0-7-0 ACC), though. The redshirt junior dove to her left to deny Burns, who entered the match four-of-four on penalty kicks this season.

The Blue Devils had another excellent opportunity off a corner kick in the 33rd minute, as junior midfielder Kat McDonald sent a header to the far post. However, junior midfielder Niccola Venezia was in perfect position to clear the ball off the line and prevent the goal.

The contest remained scoreless entering the intermission, marking just the third time this season Duke did not find the back of the net in the opening 45 minutes.

Duke got on the board in the 52nd minute when senior forward/midfielder played a stellar cross into the six-yard box to junior forward Kayla McCoy, who tapped into the net at the far post.

Redshirt senior midfielder Rebecca Quinn doubled the Blue Devils’ lead in the 58th minute with a strong strike just outside the box that beat a diving Tullis-Joyce.

Duke closed the scoring in the 89th minute when redshirt senior defender Malinda Allen sent a one-time shot into the net off a free kick from sophomore midfielder Olivia Erlbeck.

Tullis-Joyce finished the day with seven saves, continuing her streak of making at least five stops in every conference match this season.

Up next for Miami is a home contest against Pittsburgh Thursday night at 7 p.m., at Cobb Stadium in Coral Gables, Fla.