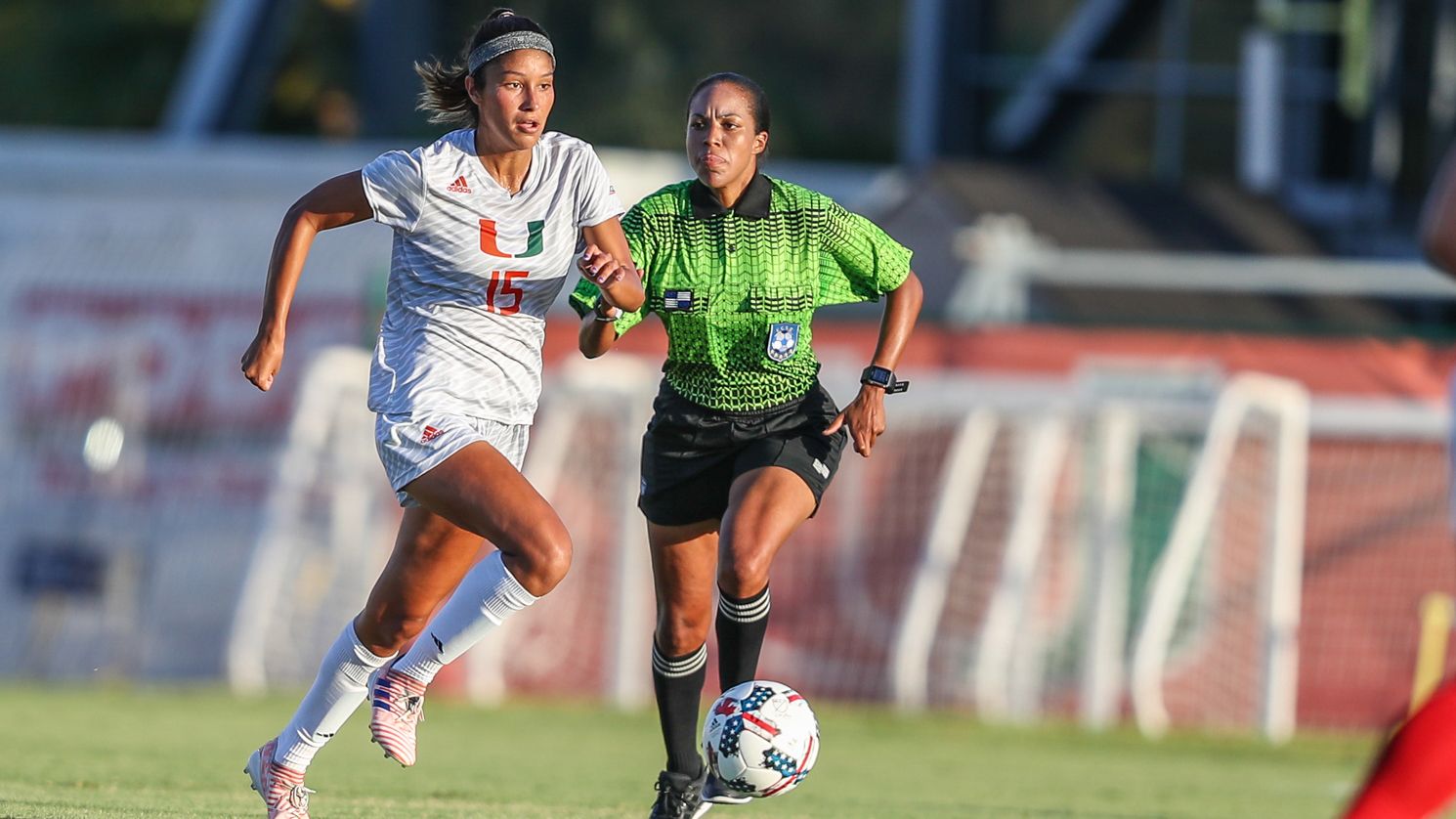 CORAL GABLES, Fla. – The University of Miami soccer begins a two-match swing in the Buckeye State Friday when it faces Miami (OH).

The undefeated Hurricanes are set to face the RedHawks at 4 p.m., at Miami Soccer Field in Oxford, Ohio.

The Hurricanes are 1-0-0 all-time against Miami (OH), with the lone prior matchup coming last season in Coral Gables, Fla., as head coach Mary-Frances Monroe’s side earned a 1-0 victory on Sept. 2, 2016.

Forward Dejah Cason, then making her first start as a freshman, provided the lone tally in the 16th minute and defender Danielle Savage saved a would-be goal off the line in 84th minute to preserve the win.

Senior forward Ronnie Johnson is tied for first among Division I players with two game-winning goals, tied for fifth with three goals and tied for sixth with seven points. Sophomore midfielder Kristina Fisher is tied for second with four assists and redshirt junior Phallon Tullis-Joyce is one of 24 goalkeepers with two shutouts.

Live stats for the Hurricanes’ contest against the RedHawks can be found HERE.

After meeting Miami (OH), the Hurricanes will make a short trip to take on Cincinnati Sunday at 1 p.m.