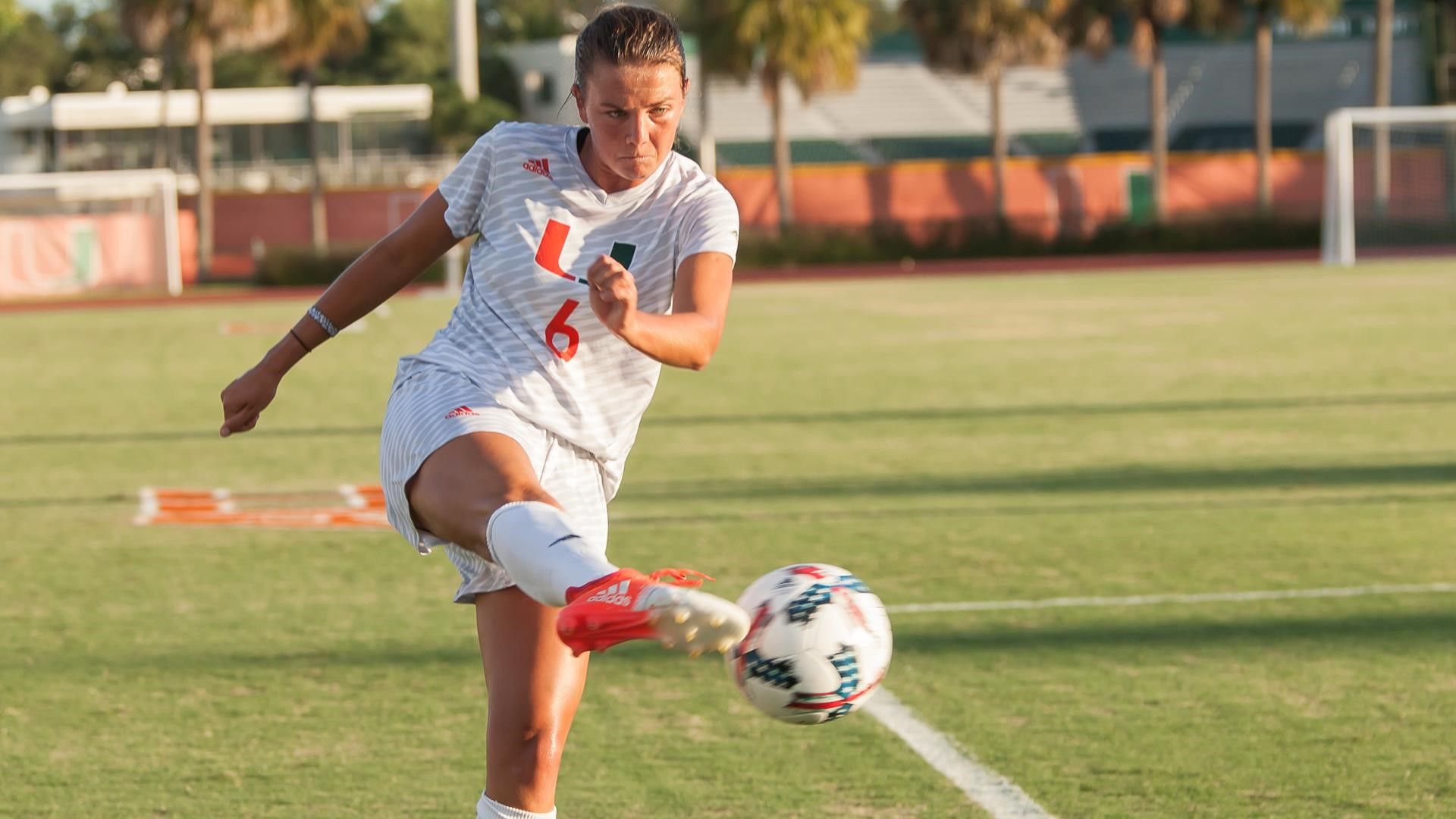 The Hurricanes are set to host St. Francis (PA) at 7 p.m., in the first official Miami athletic event of the year, regardless of sport.

Friday night’s matchup will mark the first time Miami has played St. Francis. The Hurricanes are 10-9-0 all-time in season openers, as well as 9-9-1 in home openers.

Miami went 1-1-0 in exhibition action, concluding the slate with a 7-0 victory over Florida Tech Monday evening. Under the direction of fifth-year head coach Mary-Frances Monroe, the Hurricanes have seven starters back from last year’s 10-8-1 (5-5-0 ACC) showing.

St. Francis posted a 10-12-0 (6-2-0 NEC) record during the 2016 season. The Red Flash won the conference regular season and tournament titles, reaching the NCAA Championship for the third time in program history.

The Hurricanes’ match against Red Flash will be broadcast live on ACC Network Extra, while live stats can be found HERE.

As is the case with all home matches, entry to Friday night’s contest is free to all fans. The first 100 fans will receive a Miami lanyard at the marketing table, which will also have team posters.
After taking on St. Francis, Miami will be on the road for its next five outings, the first of which is Sunday at 6 p.m., at FIU.