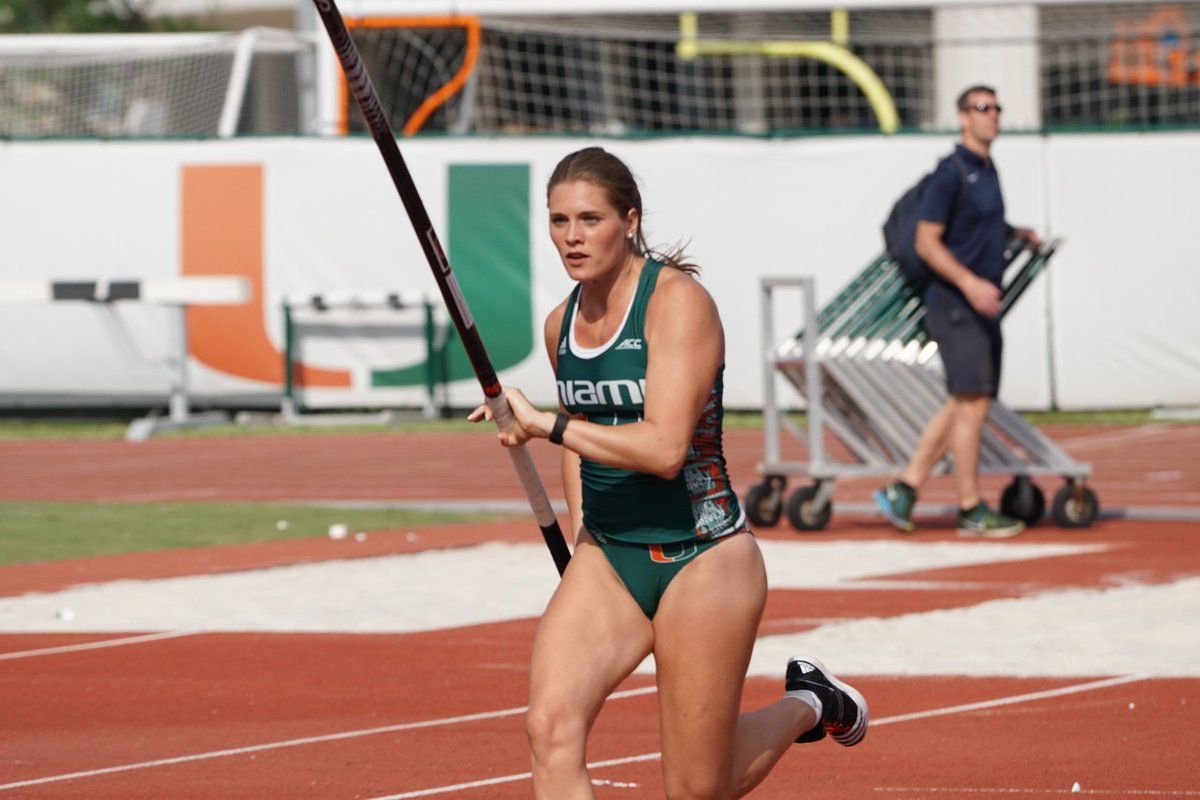 CORAL GABLES, Fla. – Four University of Miami track and field alumni will compete in the 2017 IAAF World Championships in London.

Shakima Wimbley, Alysha Newman, Aiyanna Stiverne and Murielle Ahoure will represent their respective countries at the 10-day meet, set to run from August 4-13 at London Stadium.

Wimbley will represent the United States as part of the women’s 4x400m relay pool. The 2017 NCAA indoor champion in the women’s 400m, Wimbley finished fifth in the women’s 400m final at the 2017 USA Championships to earn her spot on Team USA. One of the best Hurricanes’ sprinters ever, Wimbley rewrote the record books at Miami and in the ACC. The superstar closed her ACC career with eight 200m titles, seven 400m titles, three 4x100m titles and five 4x400m titles. She also has six school records, four ACC records and six ACC Championship records while leading Miami to back-to-back ACC indoor championships. In addition to her indoor national title, she was the NCAA runner-up in the outdoor 400m in 2017 and earned eight First Team All-America honors as a Hurricane. The women’s 4x400m relay heats are set for Saturday, August 12, with finals scheduled for August 13.

Newman is one of two Hurricanes on Team Canada at the 2017 IAAF World Championships. The pole vaulter was the NCAA runner-up in 2016 after finishing fourth at the NCAA Indoor Championships earlier that same year. She continued her success that year by representing Canada in the Olympics, where she finished 17th overall. Newman was the 2016 ACC outdoor champion in the women’s pole vault and finished second in the same event at the 2016 ACC Indoor Championships. A four-time First Team All-American, Newman holds the women’s indoor and outdoor pole vault records at Miami. Newman will compete in Group A of the women’s pole vault qualification round on August 4.

Ahoure is the most experienced of the four Hurricanes set to compete in London. The standout sprinter from the Ivory Coast has raced in both the 2012 and 2016 Olympics, making the final in both the 100m and 200m at the 2012 Games in London. Ahoure has had plenty of success on the international stage, winning silver medals in the 100m and 200m at the 2013 IAAF World Championships in Moscow. At Miami, Ahoure was the 2009 NCAA indoor 200m champion and earned two First Team All-America honors while ranking second in school history in the indoor 200m and third in the outdoor 200m. She begins competition in the women’s 100m on August 5 and in the 200m on August 8.

The 2017 IAAF World Championships will be streamed live from August 4 -13. Action from the London Stadium, venue of the 2012 Olympic Games, will be available to watch across all the IAAF’s continental areas via a combination of coverage on the channels of several broadcasters and a geo-blocked live stream which will be available in more than 140 countries. The live stream will be simultaneously shown on the following official IAAF platforms: YouTube and Facebook.